The PhoneJoy Play: A Gaming-Geek Device Makes a Larger Comment About the Shortcomings of Touchscreen Interface Design 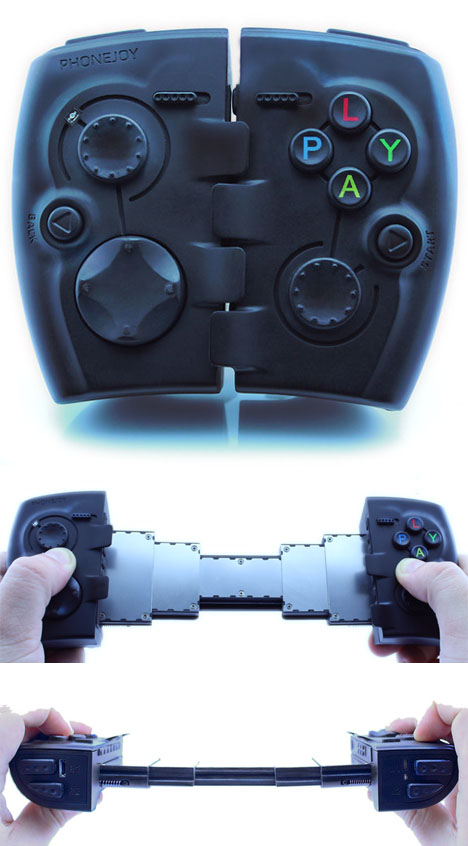 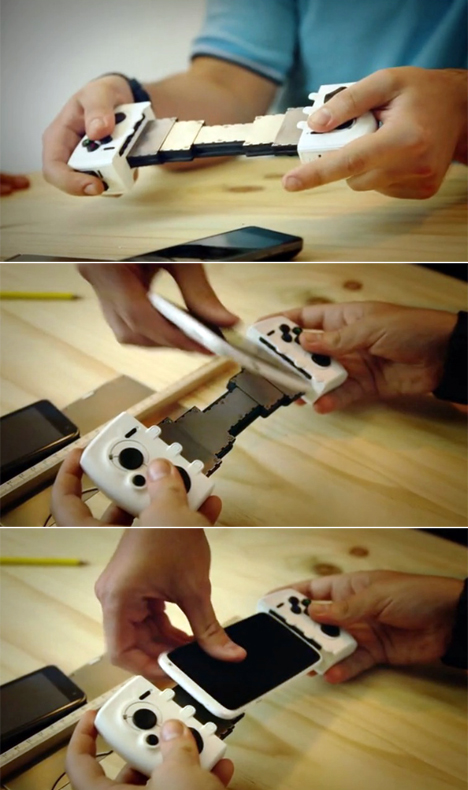 Whether or not you're interested in videogames, this device is kind of fascinating from an industrial design/interface design point of view. The PhoneJoy Play is essentially a portable input device with a slick mechanical design: The two holdable halves can spread sideways, connected by a telescoping mechanism. Your smartphone or mini-tablet can then be "docked" in the middle, and the variety of buttons and motion pads interact with your device wirelessly.

The reason I find this device interesting is because it's un-doing a very carefully-designed minimalism, and this is being heartily supported by a subset of users. (The PhoneJoy was recently Kickstarted over its $50,000 target). The original iPhone was the first touchscreen device to see real mass uptake, and we consumers were all blown away by the thing. It seemed so elegant to strip away all of the buttons, keys and switches we were used to on objects and have this beautiful, clean tapping experience. But there are limitations to what you can achieve with taps and swipes, and so we started seeing keyboard docks, stick-on joysticks, styluses and the like.

At its heart, the PhoneJoy Play is no different than a wireless keyboard you pair with your tablet: It provides physical buttons that can perform more precise tasks than you can by rubbing your finger against glass. But it is unique in that it's targeted specifically towards gamers. Which got me thinking, wouldn't it be neat to see this thing adopted for CAD applications, maybe with a whole new set of interface controls? Something beyond the mouse, 3D mouse or pen tablet most of us use?

While there are currently CAD applications for tablets, I've dismissed them as glorified document viewers, as swiping seems to allow only the most basic of CAD tasks. But I'd be very curious to try a PhoneJoy CAD device on my iPad. In my wildest dreams I'd be able to use the iPad's camera to capture photos of an environment; process those photos into a 3D drawing using an app like, say, Autodesk's 123D Catch; and use a PhoneJoy CAD device to clean up the design before sending it to a 3D printer to produce a model.

What do you think, are gaming geeks the only subculture that will seek out interface objects like this?

While the PhoneJoy Play has already been successfully Kickstarted, here's the pitch video to give you an idea of the device's inspiration and development process:

The PhoneJoy Play: A Gaming-Geek Device Makes a Larger Comment About the Shortcomings of Touchscreen Interface Design