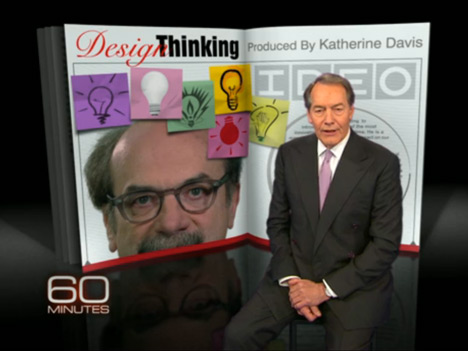 Earlier this week, we were interested to hear responses to the question "Why Do You Post on the Discussion Boards?"; as the week draws to a close, we have a good example of why: a link to a recent 60 Minutes segment with David Kelley of IDEO has once again raised questions about "design thinking." Ray Jepson offers a fair assessment of the piece (spoiler alert): "I thought the whole piece was too much, 'this guy knew Steve Jobs.' A little too fluff, but always good to see ID in the news."

In any case, I recommend watching the 12-minute video in full before heading over to the discussion:

Jepson and others duly note the invocation of Steve Jobs, which strikes me as significant not for the producers' maudlin bid for mass-market name recognition but for the fact that the omission of another recent passing: IDEO co-founder Bill Moggridge was also felled by cancer last September. In fairness to Kelley, he eulogized his longtime friend and colleague in the Times:Bill could have stayed in England and continued designing refrigerators and chairs, but he moved to Silicon Valley in the late 1970s and brought an elevated quality. Prior to that time, American design was centered in New York. We didn't have European designers, who were much more sophisticated from an industrial-design point of view.

He saw what was most interesting about the new electronic things in California was going to be software. He didn't want to leave it to the engineers. He wanted the designers to do it. He called it "soft face": software interface. I thought that was a crazy name, but it grew into interaction design.

In memoriam, we invite readers/viewers to revisit Bill's impassioned response to Don Norman's polemic "Design Thinking: A Useful Myth," both published in these pages in 2010, and (given the discussion unfolding in the forums) as yet unresolved. Michael DiTullo, for one, rejects the accusation that consultancies now simply aim to please clients, channeling his mentor Paul Bradley: "Ideas can not be innovative. Innovation only happens with proven behavior change of the end user, and to do that, you have to make something." 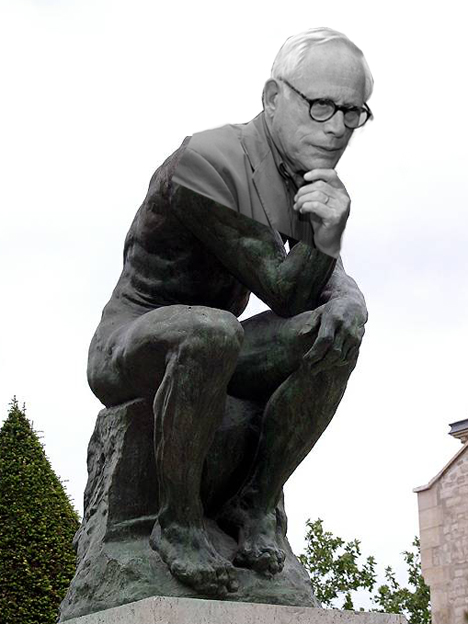