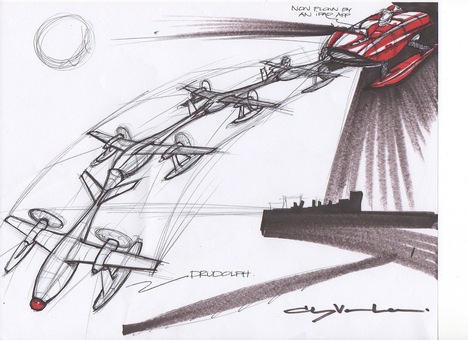 Over the last few years we've done a monthly challenge hosted on the discussion forums for a 1-Hour Design Challenge. For December, we asked our talented pool of forum participants to redesign Santa's Sleigh.

Congratulations to this month's winner from "Somewhere Over the Rainbow":

BIG COUNTRY, aka ClayVon Lowe Our first official entry for this 1HDC grabs the prize with some classic rapid viz techniques by allowing the viewer a chance to fully understand the thought process behind his ideas. 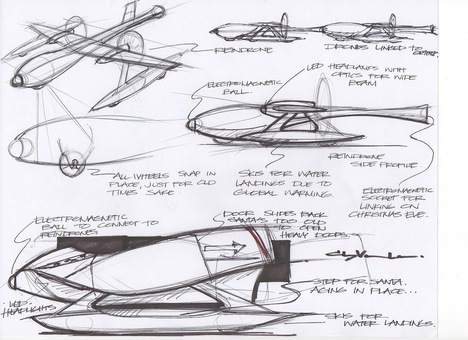 The 9 reindeer have been replaced by 4 reindrones...and we've changed a couple of key names...Rudolph...no more...he's Drudolph...Santa Claus changed his name to Santa Draws, and he now has a full staff of industrial designers to help the elves with product development.

Instead of tending to 9 reindeer all year long, Santa can now tweet, facebook, and join in all the human games. That's right. The ReinDrones are now in charge of keeping an eye on who's naughty or nice all year round. They see you when you're sleeping, they see you when you're awake, and they monitor your status updates....lol.

ReinDrone features -electromagnetic ball and sockets all for linking and connection to the sleigh -LED headlamps mounted on front of engine. -Wing mounted skis for water landings (designed with global warming in mind) -All wheels in landing gear snap in (just for old times sake)

And our special mentions:

Mike Serafin While the judge believes a Santa sleigh with tank treads could add to the mystique of how Santa delivers all those toys in one night, it is already hard enough for parents to explain flying reindeer. His quick visual skills, however, deserve some mention! 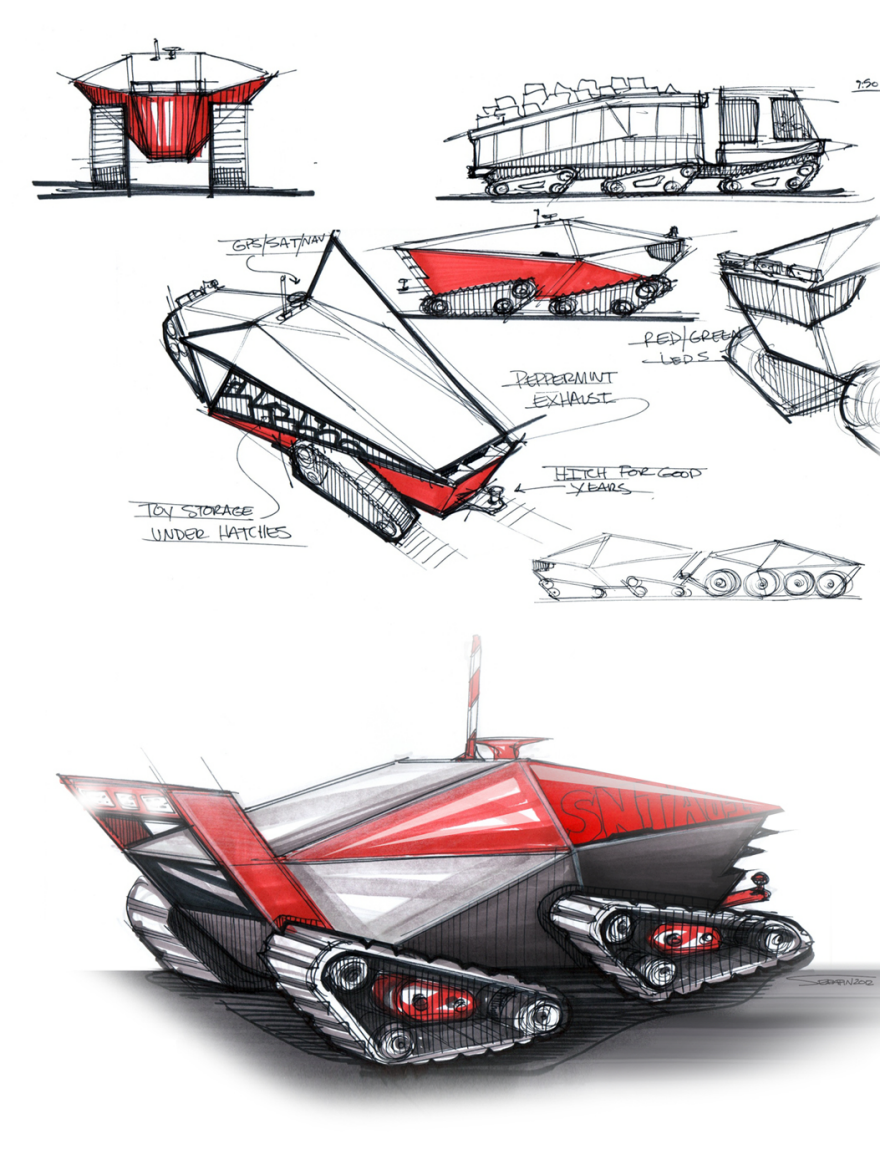 Choto and Petl These two got a little carried away with the amount of time on their entry, but both showed a silhouette technique on their concepts that deserves a second look.