From Knights to Angels to Spacemen: Designer Ted Southern Teams Up with Nik Moiseev on Final Frontier Design

Gotta love New York City. Designer Ted Southern decided he wanted to make body armor for a living—not the military stuff, I'm talking Knight and Samurai armor—and shortly after getting his Masters from Pratt, actually found a gig doing it in Manhattan. 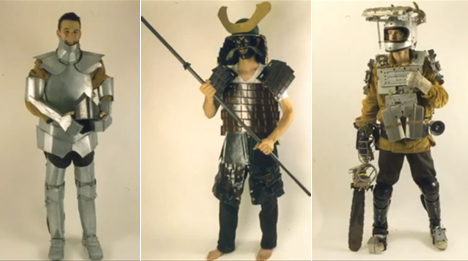 Southern's work at a costume and prop fabrication business led him in some random directions: He began designing the wings for those Victoria's Secret models and developed an interest in spacesuit gloves. (Then again, these things might not seem unusual to a man whose undergraduate major was the French Horn.) He entered a 2007 NASA-sponsored spacesuit glove design competition, and while he didn't win, he ended up giving a fellow entrant a ride back to Manhattan after the ceremony.

That entrant was Nikolay Moiseev, a Russian former cosmonaut and spacesuit designer. 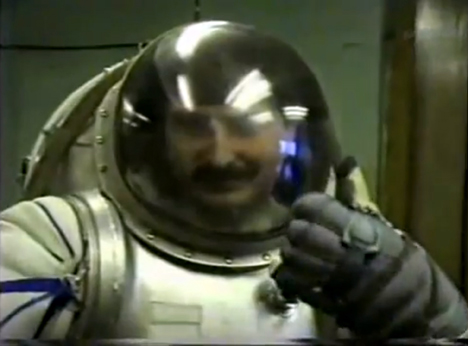 The two kept in touch, decided to collaborate on an entry in the 2009 iteration of the same competition, and won 2nd place together.Now Moiseev and Southern run Final Frontier Design, a Brooklyn-based studio vying to design the next generation of spacesuit. This is one of the more bizarre, random, and encouraging design collaborations we've seen:

Previously: Space Exploration in Fact and in Fiction

From Knights to Angels to Spacemen: Designer Ted Southern Teams Up with Nik Moiseev on Final Frontier Design