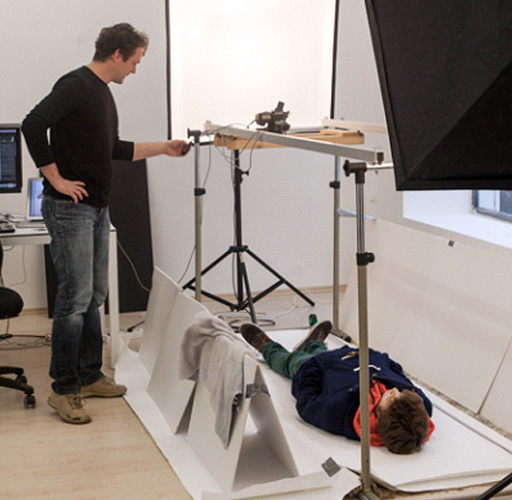 In the Foundation year of art school, before we freshmen were allowed to choose specific courses of study like Industrial Design, Graphic Design, Illustration etc., they had us all make pinhole cameras. The point was to teach us not only how to build the cameras, but to respect the deliberateness of the image capturing and image developing process. We spent patient hours in that darkroom, and the memory of watching a grey film sheet in a chemical bath slowwwwwly turn into your image was kind of magical, for lack of a less dorky word. I'm convinced those types of moments drove many to major in Photography.

That magic has largely gone away with the advent of digital photography, and the casual rapidity with which it's produced; every time you Instagram your entree with an iPhone, a fairy dies. 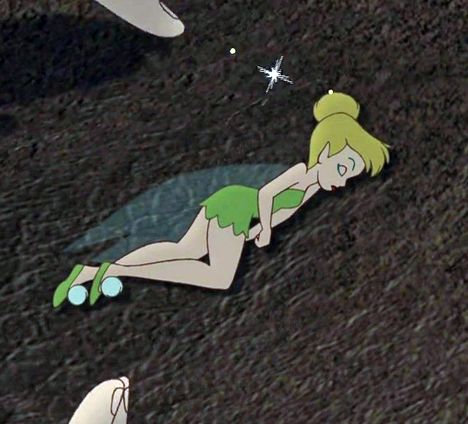 Austrian photographer Kurt Hoerbst is bringing a measure of deliberateness back to his own photography, digital though it may be. "Magic" isn't the right word to describe Hoerbst's approach, as it's more about science. What Hoerbst does is take super-slow body scans with a DSLR rigged up to a track, capturing every minute detail on his human subjects' bodies, which are lying on the floor. He then captures up to 20 scans, compositing them into ultra-detailed representations of that person. 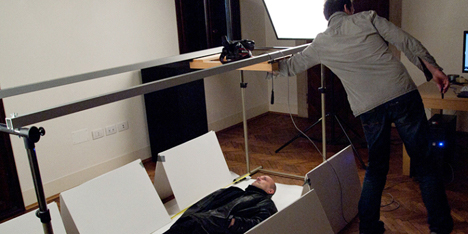 Hoerbst first developed this process in 2005 "to produce high-definition monochrome images of landscape details in which every mote of dust and blade of grass are recognizable," he told Ars Electronica. "Over the course of this project, it occurred to me that it would also be interesting to use this scanning process on human beings as a way to work with human surfaces." In the future he hopes to zero in on particular groups of people to scan—"for instance, scientists or athletes."

While some might view Hoerbst's process as essentially flatbed scanning for human beings, it seems to have more in common with photography's primitive roots. For one, the subjects need to remain motionless for two to three minutes per scan, as with old daguerreotypes. Secondly, as Hoerbst's work gains in popularity...

...I'm even receiving invitations. It's gotten to the point that I feel I'm carrying on the 19th-century tradition of the itinerant photographers who traveled the country in a horse-drawn trailer containing a mobile darkroom so they could develop their pictures right on site. I too come around with my "digital carriage," stay for a while, photograph people, travel to the next venue and leave something behind. I'm fascinated by this aspect, also the fact that the people who invite me see only particular elements and not the whole thing.