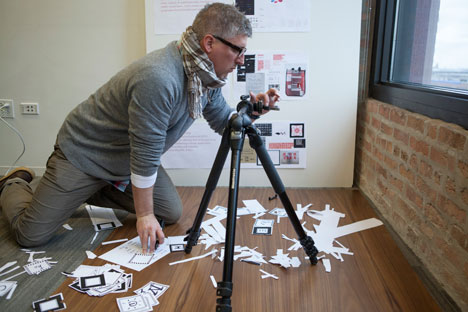 On Monday, IDEO Chicago's team filled the room with goodness. We kicked off the Make-a-Thon exercise by posting inspiration from the Six Themes Tumblr site and discussing some of the most prominent themes. The next thing we knew, Elaine Fong had filled the room with sounds from the nineties-—R&B style. Designers began sketching, cutting, filming and testing out ideas. Together we explored, we inspired, we got creative and we forgot about lunch (well, almost). All in all, it wasn't unlike an average day at IDEO.

Joe Graceffa (top image) experiments with replacing the four letters that make up the word IDEO with words that represent our culture, as well as the types of emotion that we hope to inspire in others. Here, Joe experiments with how to capture and share his concept. 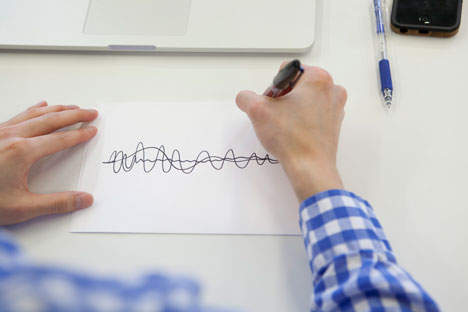 Here, Josh Sin sketches sine waves to represent the discipline, background, and energies of the individuals in the room and the articulation toward various streams of work. The sine waves and their permutations informed Josh's design concept "IDEO Signatures." 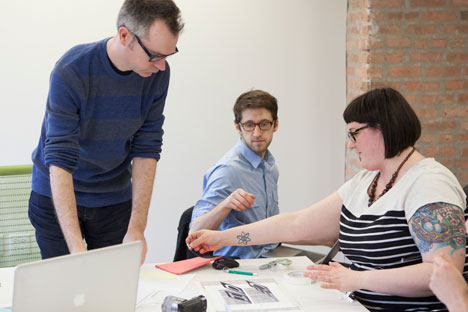 Murphy MacDonald and Nick Inzucchi help Mary Foyder animate her concept "Alive & In Shadow," which plays with light, shadow and movement to bring the IDEO logo to life. 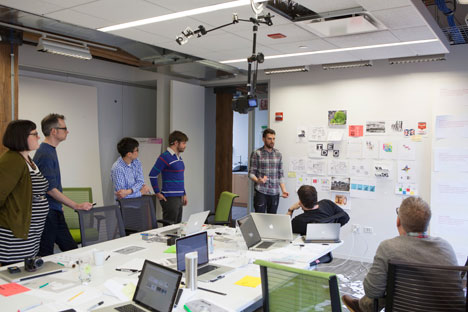 Check out Chicago's concepts on our Six Themes Tumblr site.