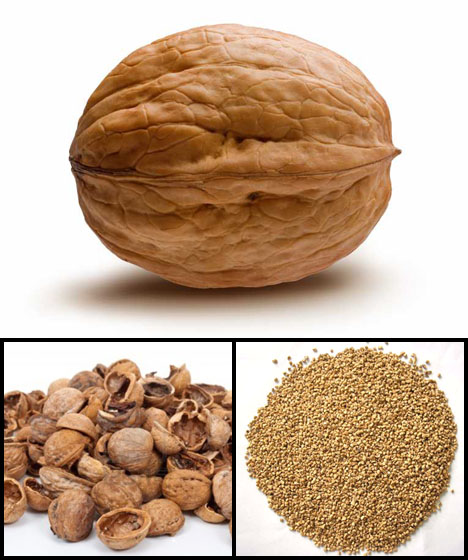 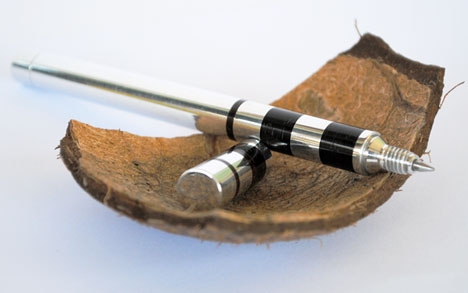 I was excited when I first learned that crushed walnut shells could be used as blast media, to strip the paint or carbon deposits off of metal parts placed inside of a blast cabinet. I know sand is readily available, but I like the idea of something like nutshells, which ordinarily go straight into the trash, fulfulling one last useful function before taking up space in the landfill.

I've since been hard-pressed to find other uses for discarded nutshells that didn't involve making disturbingly feral-looking jewelry. But Indonesia-based product designer Arfi'an Fuadi and business partner Elonda Blount have figured out how to machine coconut shells into little rings, which they integrate into the bodies of their CoCoPen aluminum pen housings. 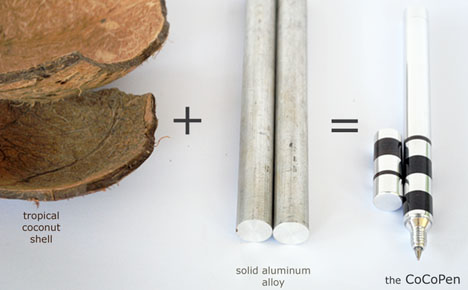 While it's just a small and admittedly cosmetic step towards finding practical uses for coconut shells, the duo's pens have proved popular; they swiftly received Kickstarter funding to produce their first run of 100 pens (the maximum amount Fuadi's facility in Indonesia can currently handle), but as they've doubled their funding target with nearly a month left, they'll presumably continue producing them. 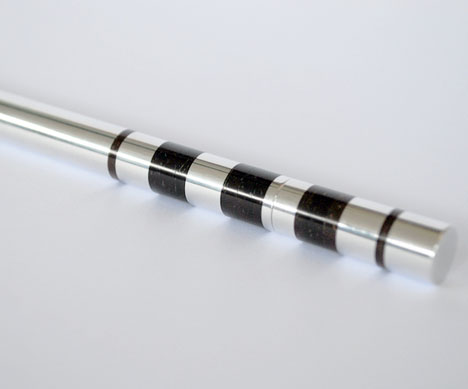 I'm very curious to see what their machining process is, as a coconut shell shard doesn't exactly lend itself to being lathed or CNC milled; I can't imagine how they clamp the thing. But I hope Fuadi and Blount continue monkeying with the stuff, as I'd love to see if they can come up with a practical application for the material with mass-manufacturing implications.