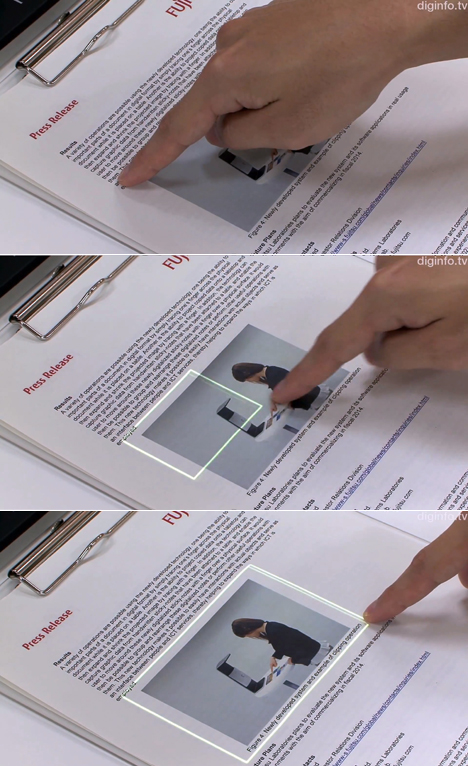 I've simplistically assumed we would advance from "dumb" paper with things printed on it to some smarter variant, where every sheet of paper is an iPad. But as researchers at Fujitsu Laboratories demonstrate here, there's still plenty of room to design new interfaces that are between those two extremes. 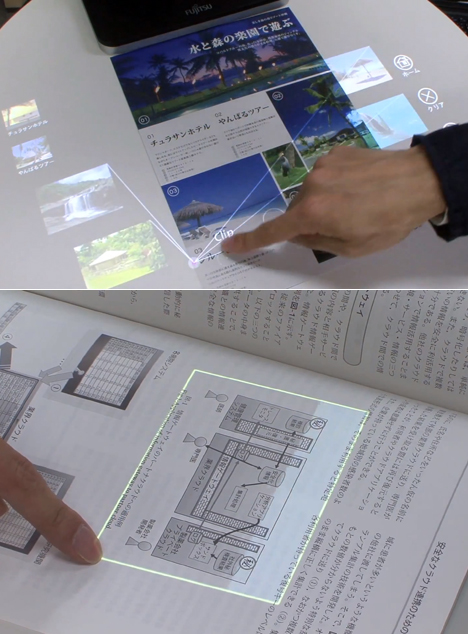 By combining an ordinary webcam, a computer and an off-the-shelf projector, Fujitsu's "FingerLink Interaction System" provides a new user interface that effectively turns a "dumb" piece of paper, and the table it's sitting on, into a touchscreen. Check out how they did it, and peep the CAD demo starting around 2:43:

I love that they've cobbled this together from humble parts; it reminds me of kids in the Bronx inventing hip hop with a turntable and a bunch of old records. I also found it amusing that despite the coolness and potential of the technology, they've got such pedestrian aspirations for the system: "We think this system could be used to show detailed information at a travel agent's counter," explains Taichi Murase, a research in Fujitsu's Media Service System Lab, "or when you need to fill in forms at City Hall."