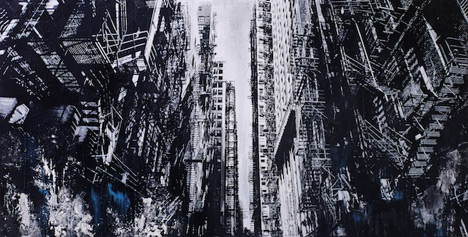 Images courtesy of the artist

We were duly impressed with David Soukup's painstakingly detailed stencils when we first saw them back in 2011—I could hardly believe that some of those ultrafine lines were stenciled and not applied by an implement (or at least masked off). He's pleased to announce a solo show at Maxwell Colette gallery in his current hometown of Chicago: "This show is one of my most personal to date, and marks a return to some of the imagery and technical precision that I became known for." 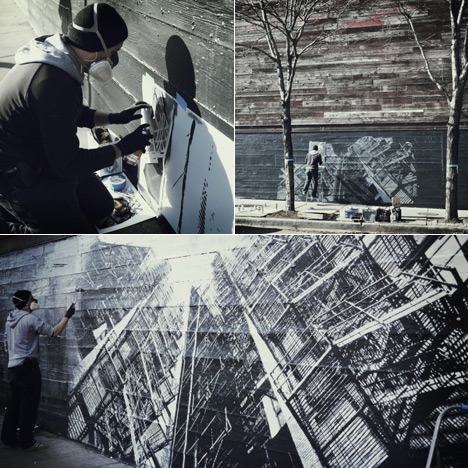 I hadn't realized that he lost his way (the mural project, pictured above, dates to October of last year), but earlier this year, Soukup wrote that "I had been cutting stencils for so long that I really lost what made them most important to me, and why I started doing them in the first place." 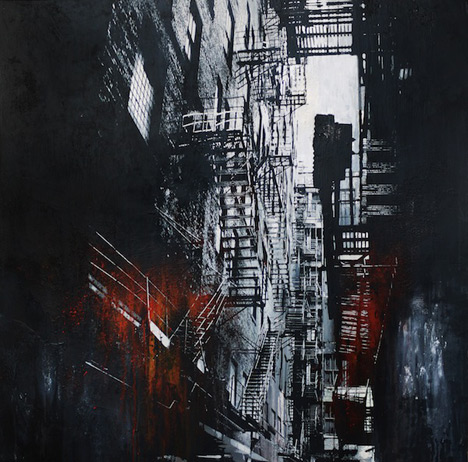 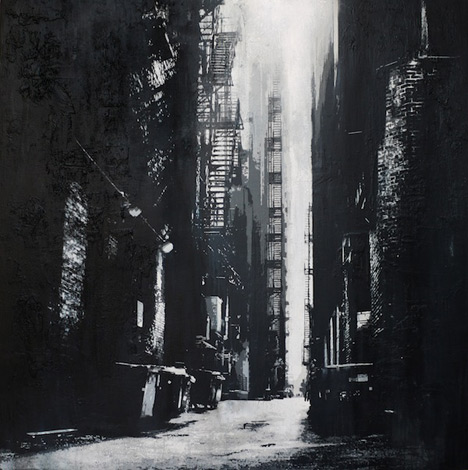 In any case, we're glad he's back on track with his first exhibition in 16 months, featuring "over 20 pieces of new work (both stencils and screenprints)." The title, Perennial Escapism, is an obvious play on the subject matter, but the rather literal take on an exit strategy belies the integrity of the subject matter: the imagery is "derived from the artist's own photographs of early 20th century wrought iron fire escapes in Chicago." To hear Soukup tell it:This work represents a personal 'escape' so to speak. I went back to what first made me passionate. I drew inspiration not just from the city imagery itself, but from the textures, the grit, and the distress that makes up a city. Perennial Escapism marks the beginning of a new direction, one I've never been more excited to pursue. 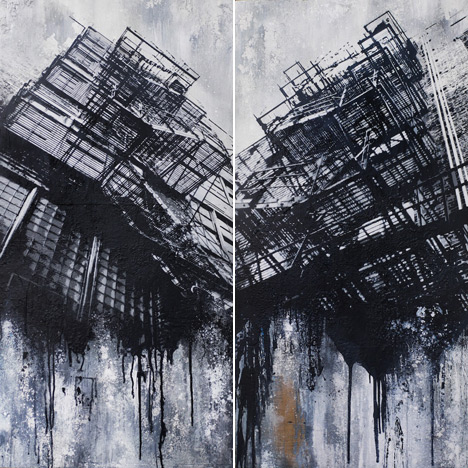 Where his previous work was more collage-y and surreal, the stark new compositions evoke film stills, superimposed on a baselayer of impasto on the wood panels to achieve the effect of a vaguely patina'd or otherwise weathered surface. Per the press release:Soukup's paintings combine visual elements of graphic design and collage with the tactile elements of paint and reclaimed materials to create decidedly urban motifs. He hand-cuts the elaborate stencils, some up to four feet in length, that are utilized to create his paintings. The resulting latticework of iron bars and shadows echoes the visual experience of his everyday life, and reflects his obsession with meticulous detail. 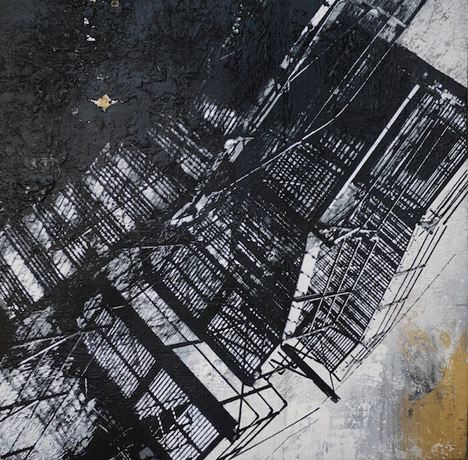 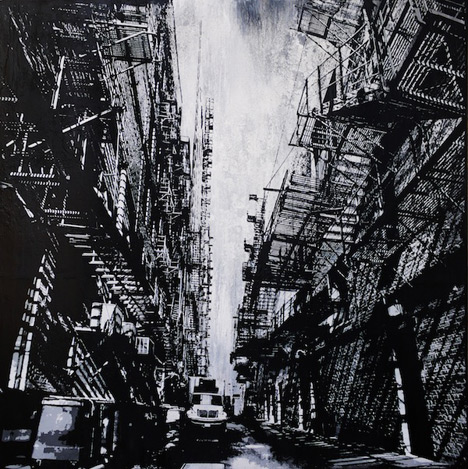 We're pleased to present an exclusive preview of Perennial Escapism: 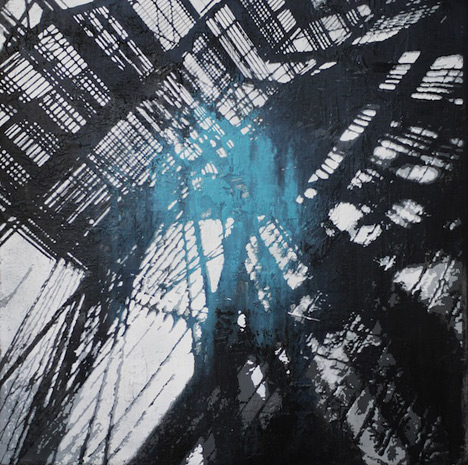 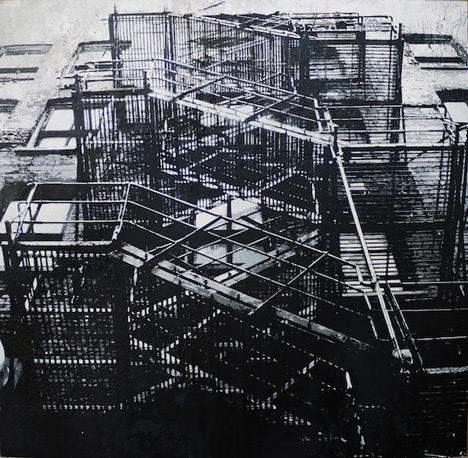 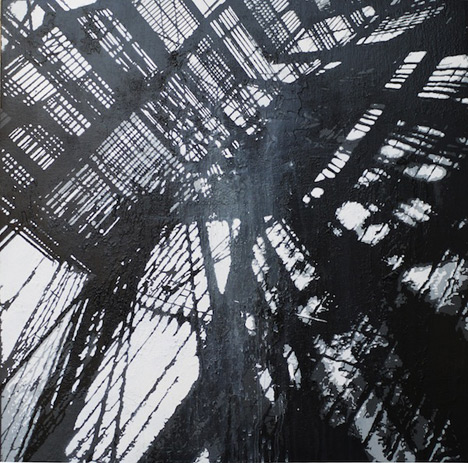 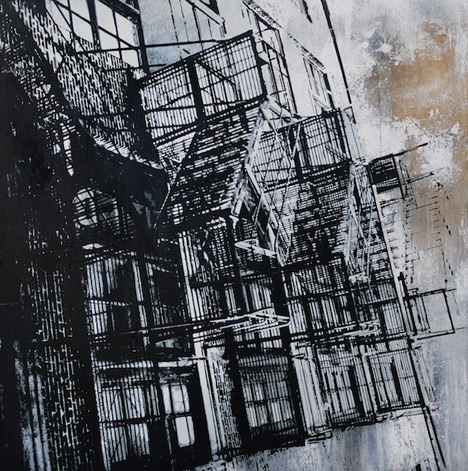 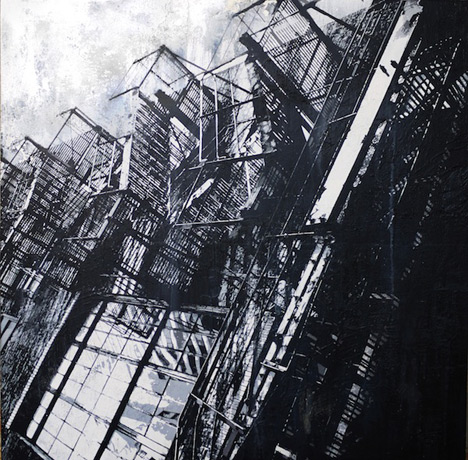 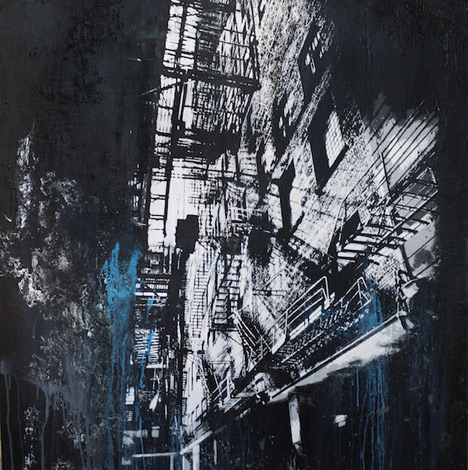 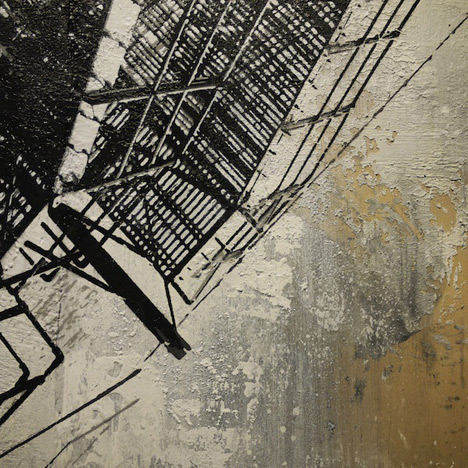 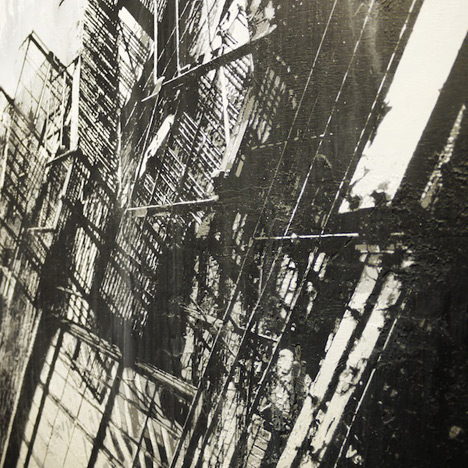 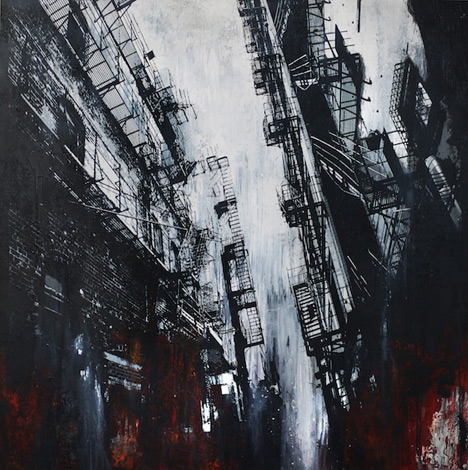 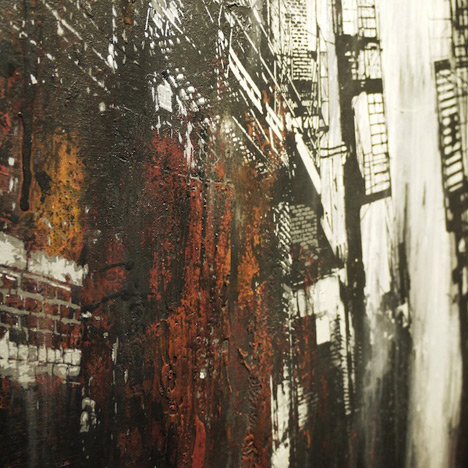