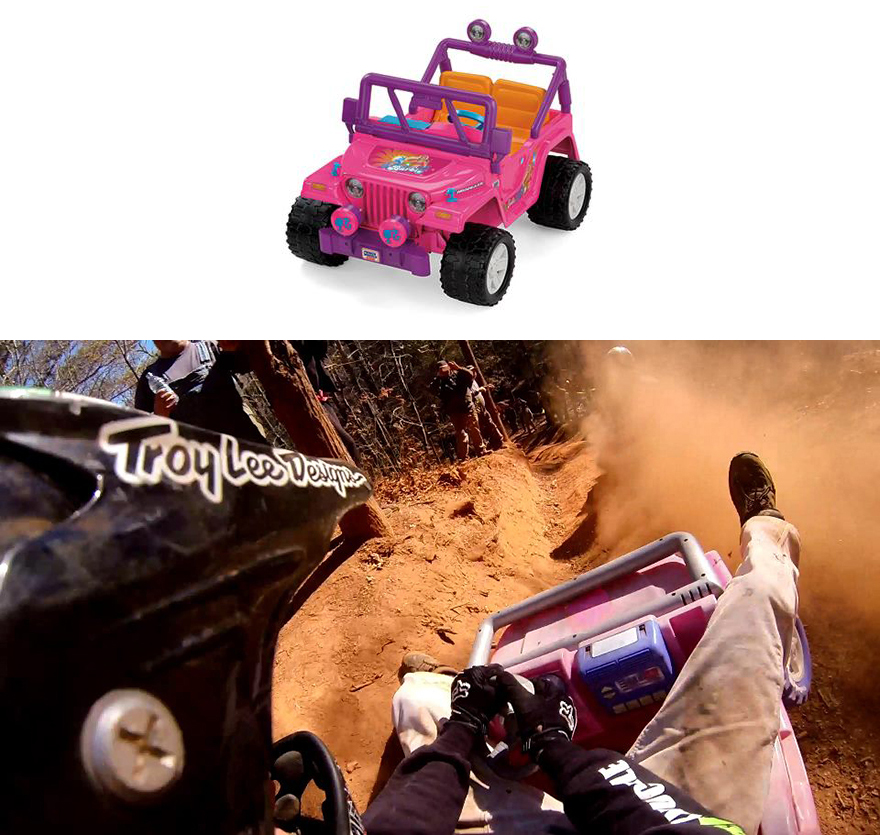 The Power Wheels Barbie Jammin' Jeep is a battery-powered toy car that two children can ride in. Though the exterior is plastic, the $250 thing actually has a steel frame. Perhaps that's why a group of guys in Alabama Arkansas, collectively called Barbie Jeep Racing, have selected the Power Wheels line of vehicles—which include kiddie-sized knock-offs of Wranglers, Toyota FJ Cruisers and even an Escalade—for some seriously twisted downhill racing.

They start off by breaking the drive train so that the wheels can spin freely, letting gravity propel the vehicles to speeds—and down terrain—they were never meant to handle. Then it's Jackass meets Fisher-Price, as you'll see in this video:

I'm sure the toy designer(s) responsible for creating this product never envisioned it being the source of this much joy.

Now, we know what you're thinking: At $250 a pop how can they afford to keep racing these, since F-P probably isn't going to sponsor them? "These things can be had for FREE on the side of the road," writes the group on the Busted Knuckles Film website. "Believe it or not, people actually throw them out not realizing their full potential."