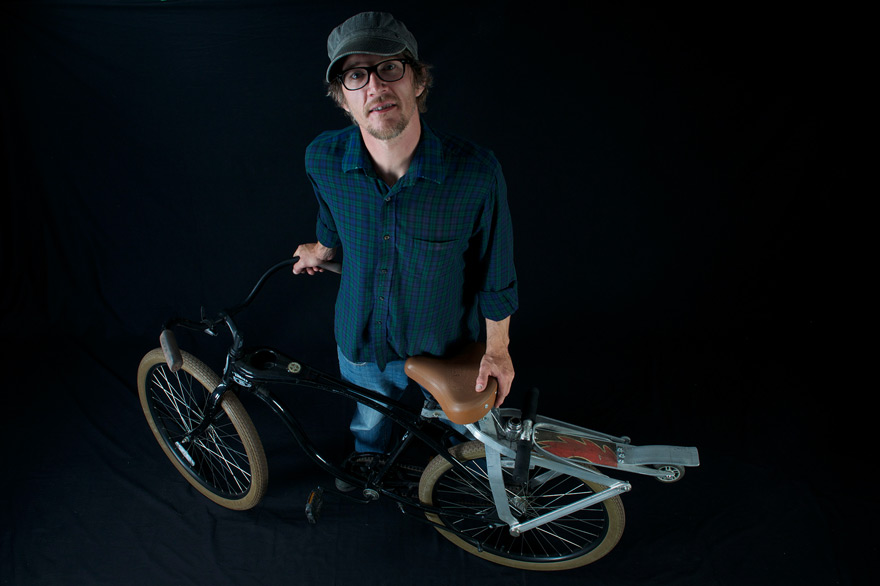 The NYC DOT, Citibike, Transportation Alternatives et al could not have asked for better weather on Monday, when the much-anticipated bikeshare system finally launched with a fleet of 6,000 public bikes at 300+ stations in the bottom half of Manhattan and a sliver of Brooklyn (apparently Bloomberg kinda killed it during the press event on Monday). I saw at least a dozen happy patrons cruising around various parts of town, including a teenager who was helping an older stranger extract a bike from a docking station.

Of course, it's too early to determine the impact of the major municipal project (I got stuck behind a hapless Citibiker in a bike lane on my commute today), but as the bicycle becomes an increasingly popular means of transportation, innovators continue to explore new ways to augment the utility of the highly efficient conveyance. Case in point, Jared Loveless recently brought his "radical redesign of the bicycle-for-two" to our attention.

A woodworker by trade, the Long Island-based DIYer developed the scooteRack, with the help of his two sons, who served as test pilots and assistants, as seen in the video below: 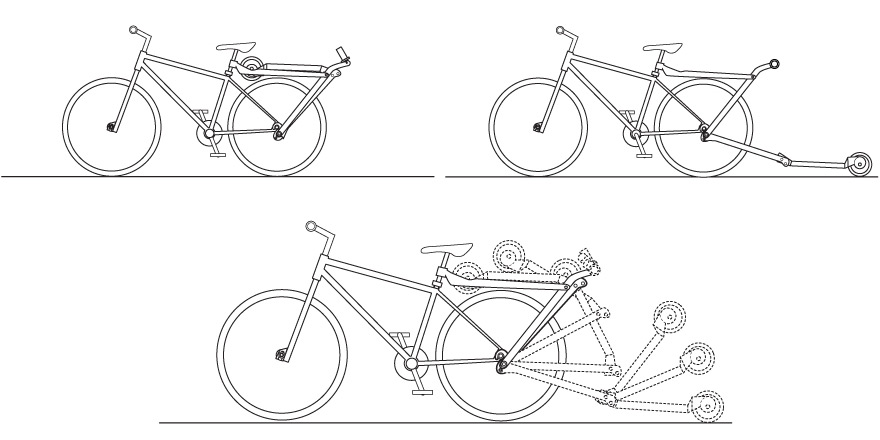 Loveless notes that the patent-pending contraption is fairly similar to using a scooter, and that the passenger can actually provide a boost by using the scooter as he or she normally would. 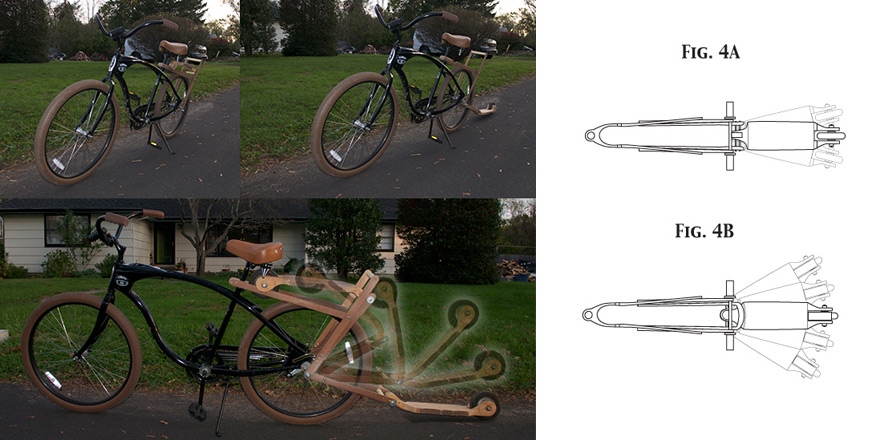 The prototype (in wood) at left