Would You Kickstart a Bank Heist? Ilona Gaynor Wants to Know 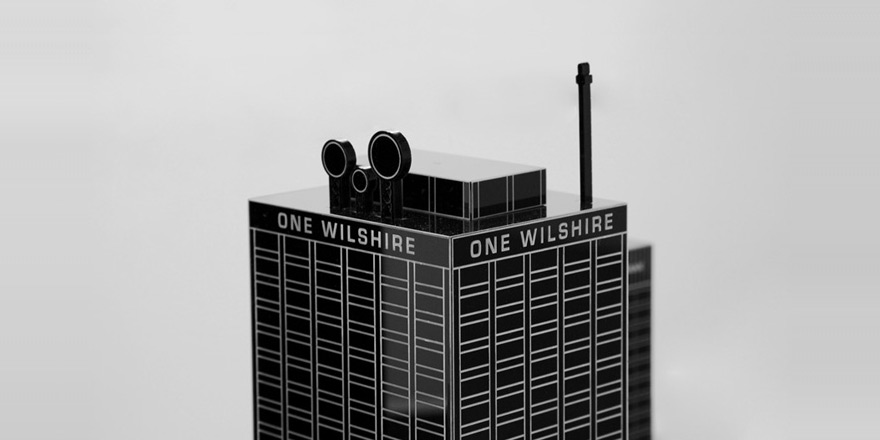 You couldn't make it up—or could you? The fact that a London-based artist/designer is turning to a popular crowdfunding platform to launch her latest project is hardly newsworthy, but it turns out that Ilona Gaynor is looking to plan an extremely elaborate bank robbery (a somewhat ironic twist on a certain topical New Yorker cartoon). 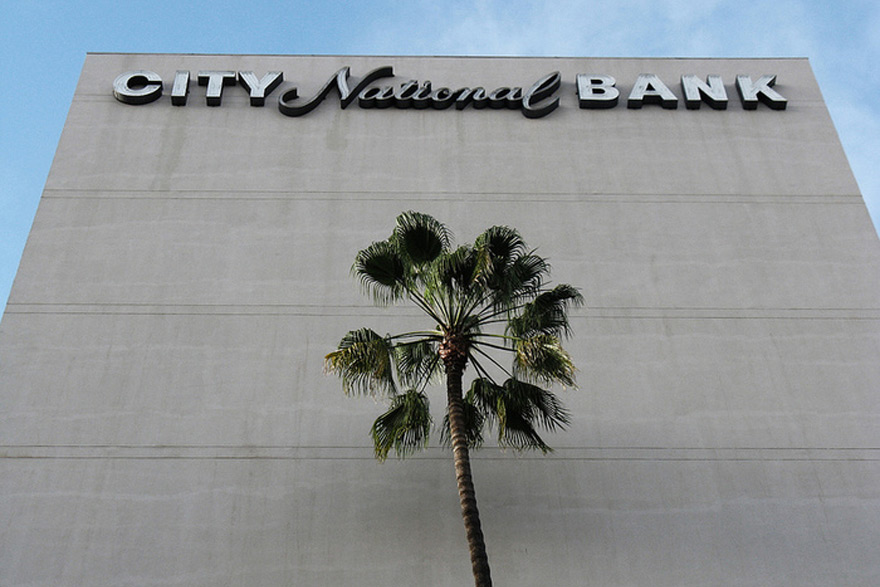 Gaynor has been plotting "Under Black Carpets" for some two years now, waiting for the perfect opportunity to strike her hitlist of five major banks at One Wilshire in downtown Los Angeles. What originated as an architectural observation—she notes that "particular events or moments could be hidden from view behind protruding floors, light refractions from the mirrored glass and thick palm tree heads"—has now evolved into an obsession: to get away with the perfect heist.

To that end, she's consulted the FBI, the LAPD, forensics experts and criminal attorneys, as well as potential accomplices such as private investigators, security experts and escape artists. Each has been instrumental in providing the seeds of truth that Gaynor has cultivated into a plot that is "overly fragmented, confusing and complex, much like that of a police investigation. The answer is still cloudy and unclear, but with hope for resolution." 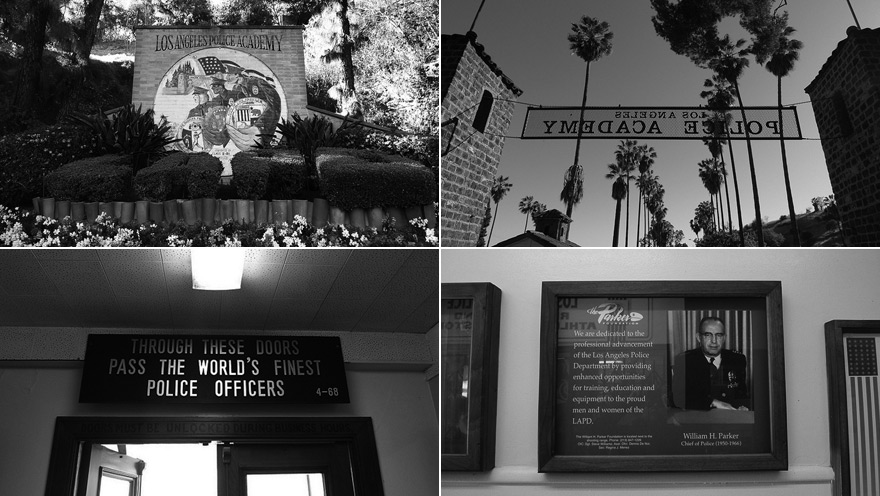 Of course, her endeavor is somehow all the more ambitious since she won't actually be robbing any banks: "Under Black Carpets" is an immersive work of fiction, to be exhibited at the Lisbon Architecture Triennale at the end of this year. The speculative heist will be exhibited as a fabricated police investigation, such that the narrative is presented in hindsight, comprised of "the remaining evidential material after the event has taken place, something that could be argued or challenged as material (evidence) in a court of law. The work itself will take form as sculptures, architectural models, technical drawings, films and photography."The work presents itself as site-specific forensic study. A spatial tool accompanied by a kit of parts, presented as a dense numerical index. Each artifact is individually numbered, assuming the role of the protagonist within the collection and pin-points it's own whereabouts on a grid of vertical and horizontal geographical coordinates. The viewer is invited to examine and cross-reference this collection, allowing ones own constructed interpretation of the event as it unfolds from muiltiple, distorted perspectives. 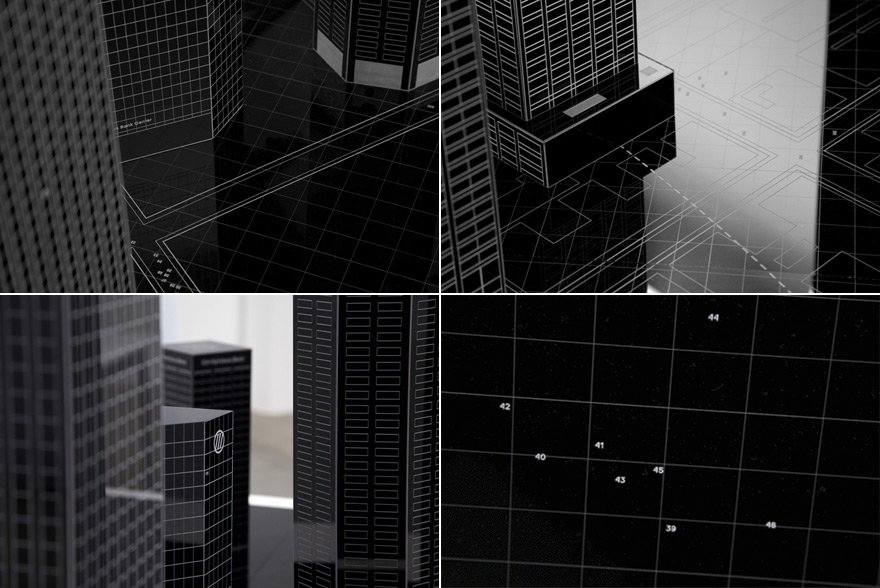 Gaynor, who completed her MA in Design Interactions at RCA in 2011, has made it quite clear that she doesn't actually intend to rob any banks on the Kickstarter page and elsewhere, but I almost wish she could get away with proposing the project in earnest, sans disclaimers and caveats.

Indeed, "Under Black Carpets" seems to have more in common with film than any other artistic discipline, and Gaynor tellingly cites the shootout from Heat as an instance of fiction becoming reality (if you're particularly interested in the concepts at play, the entire September 2012 interview is well worth reading). 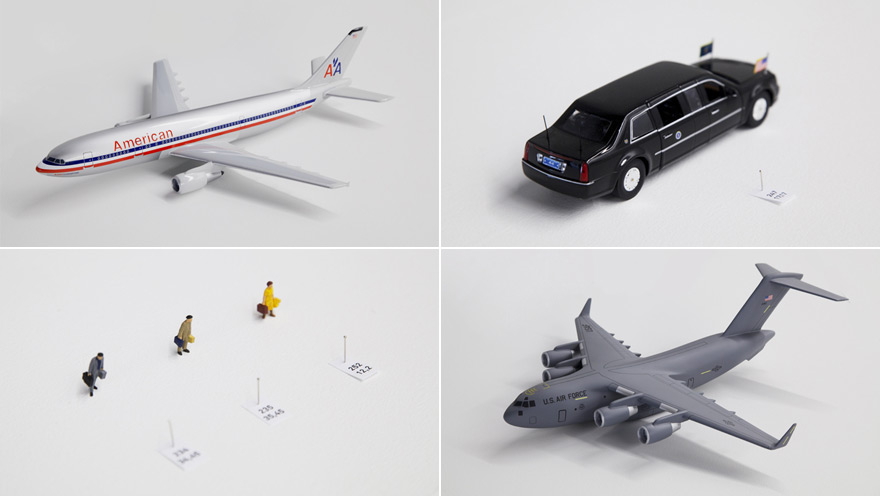 Conversely, it so happens that another, rather less profound work of design fiction also turned up in the inbox last week. "A Chair Named Clarity" is essentially everything that "Under Black Carpets" is not:

Although the premise of the short and the 'training' montage are charming, it's something like a children's book rendition of 'design fiction'—literally, a story about an anthropomorphized design object, Allsteel's "Clarity" Chair. It lies on the opposite end of the spectrum as a work of art... which is to say that it's essentially a commercial dressed up as nicely-produced albeit thinly-veiled allegory (I imagine the budget was comparable to Gaynor's £20,000 Kickstarter goal). It's pleasantly diverting, perhaps, in its artlessness, but the stark contrast between the two works simply underscores the fact that the power of suggestion, or withholding the truth, goes a long way towards narrative structure. (Gaynor elaborates on Eyal Weizman's notion of "forensic aesthetics" in the interview.) 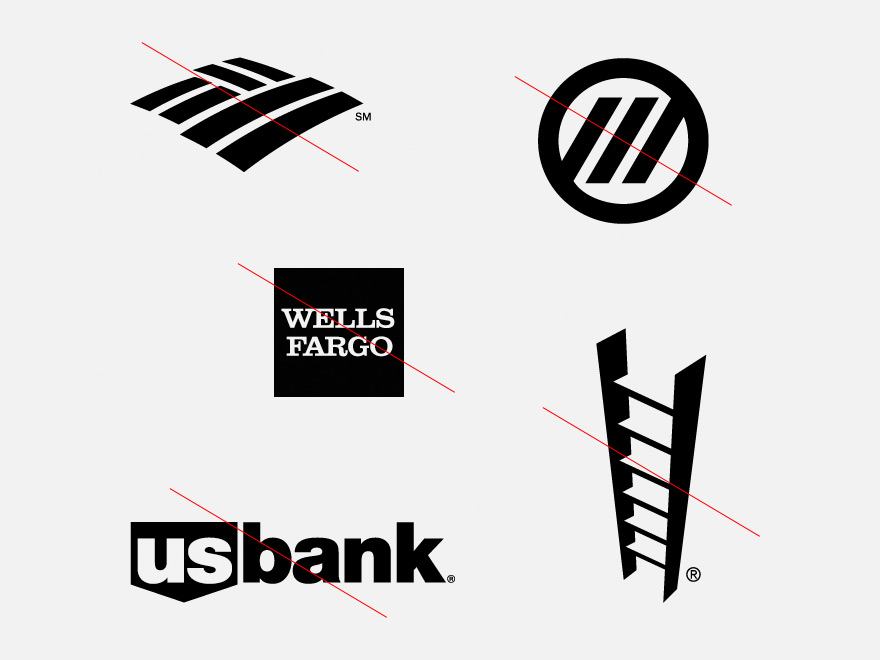 Gaynor, for her part, told Wired that "I kind of ignore traditional, industrial product design because I'm just not interested."

The campaign will be live for another two weeks (as of press time, Gaynor was well short of her funding goal); learn more on "Under Black Carpets" Kickstarter page.

Would You Kickstart a Bank Heist? Ilona Gaynor Wants to Know