The SolSource: A Rugged, Portable Solar Cooker with a Himalayan Testing Pedigree 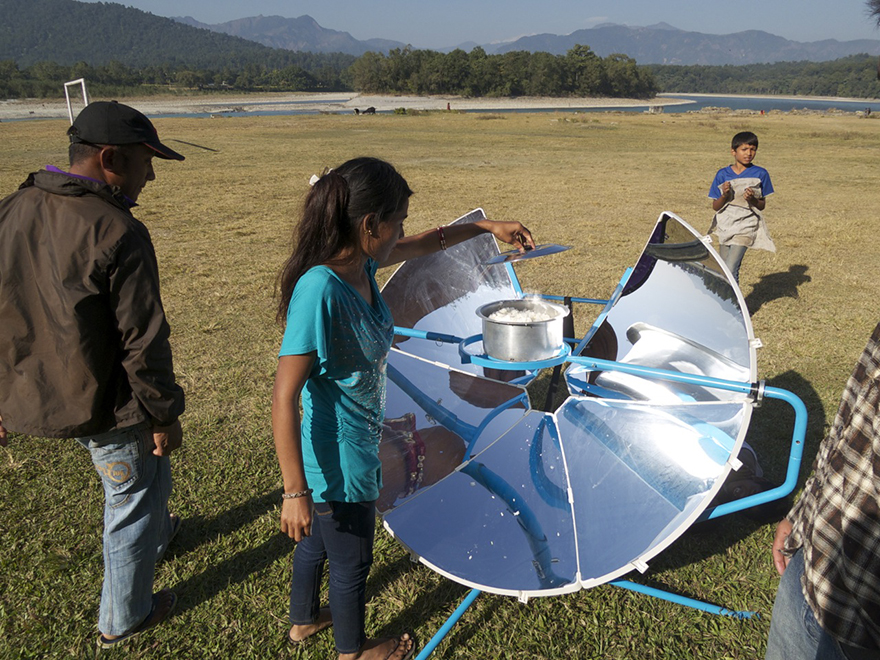 It's strange that what we in developed nations think of as a recreational activites, like camping and/or grilling, mimic the real-world living conditions of those in developing nations. But that can lead to some interesting design crossovers. A good case in point is the SolSource, a solar cooking grill originally designed and tested with nomads living on the Himalayan Plateau, where there isn't a lot of firewood, fuel-gathering is a chore, and the burning produces unhealthy smoke.

Having proven its mettle under rugged real-world conditions, the SolSource is now making its way to the rest of us via Kickstarter.

Everyday, SolSource cooks food for large Himalayan families. It withstands sand storms, wind, snow, and -40 degree temperatures. We've used it around the world, from grilling Kobe beef on the streets of Japan to making popcorn on the Mall in Washington, DC. Just point it towards the sun and start cooking. As long as you can see your shadow, you are good to go!

The SolSource was designed by One Earth Designs, a San-Francisco-based outfit "dedicated to bringing better energy options to people around the world." To that end company founders Scot Frank and Catlin Powers have been working with rural communities in the Himalayas since 2007, and they formed the company last year to design clean energy technologies. 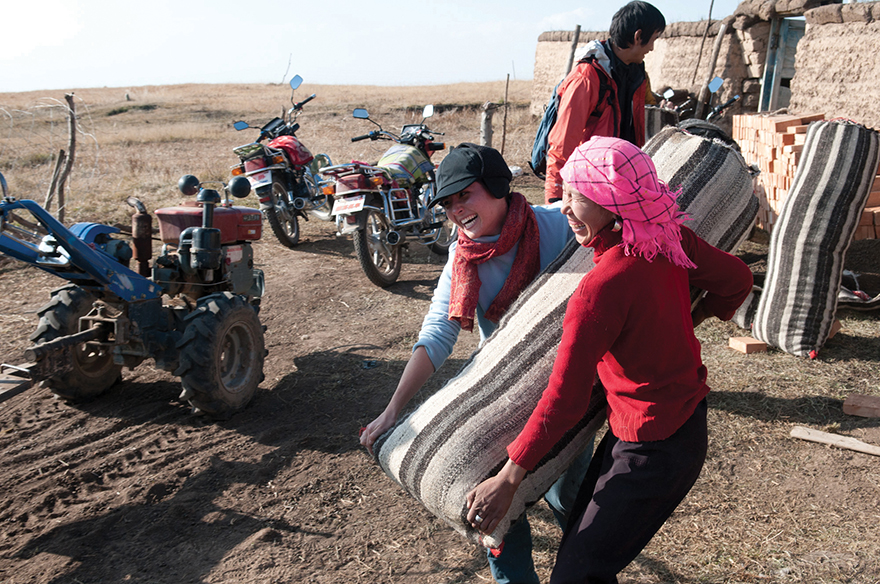 Following the relatively quick success of the SolSource, the company—which has since expanded to 18 employees covering R&D, Sales & Marketing, Business & Operations, Admin and H&R—went to Kickstarter to dig up $43,000 for tooling and a proper production line.There's nearly 40 days left to pledge, but the project has already been 141% funded, perhaps due to the reduced price: Individual SolSources are expected to retail for $399, but Kickstarter backers get to pre-order them for $249. Here's the pitch vid:

And here's how it can be packed and unpacked:

As we saw with Pensa in their video on Street Charge, One Earth Designs may be starting off with a relatively humble project, but sees big potential for solar: "Our ultimate goal," they write, "is to create household-scale energy plants powered by solar concentrators. These mini power plants can give people around the world a convenient way of cooking, purifying water, and powering electronics without spending a single dollar on fuel."