How I Took a Product Concept to Market as a Design Student, by Rob Bye 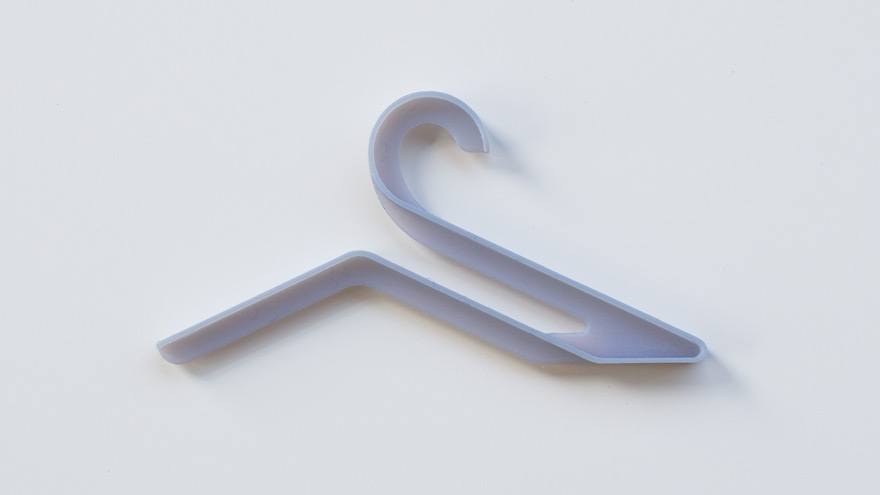 I first envisioned initial concept for Hangen 18 months ago, and since being featured on Core77 in February 2012, it has since gone through four major re-designs with over 100 development iterations, bringing the clotheshanger from concept to prototyping. I'm pleased to announce that it is now ready for manufacture.

Initially, Hangen was a simple problem-solving product created as part of design internship competition where I was asked to design an innovative hanger. During the lecture in which we received this brief, I immediately began sketching out quick ideas and within a few moments had a simple line drawing that I could see had potential. Taking this idea to an initial product render only took a few hours, and even though there were still many flaws in the design, the idea and function was clearly there. 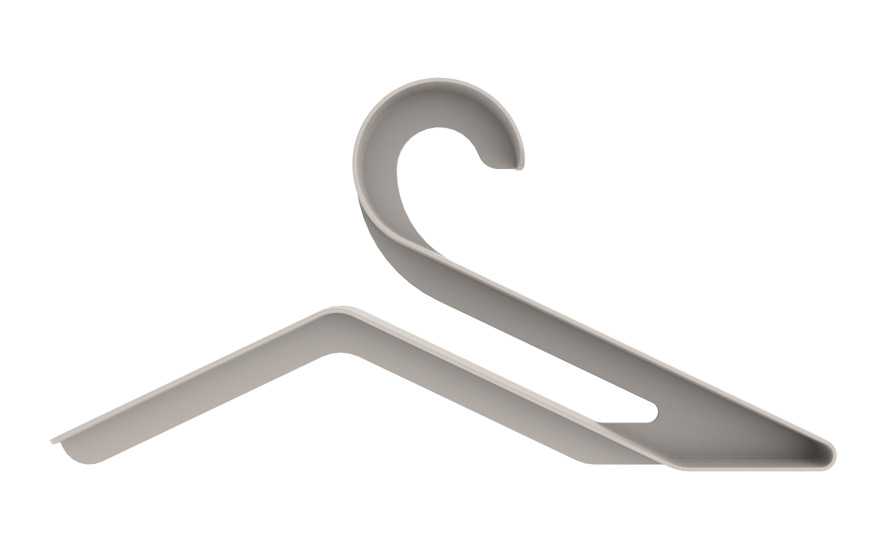 At this point, I was lucky enough to have this design featured on Core77—since I was just a second year Bachelor's student at the time, this gave me a huge boost in confidence and made me want to commit to working on the project further. However, due to time constraints and an extremely busy study schedule, I only managed to find time for to return the project six months later. Even so, this happened to be enough time for me to develop a love for the design aesthetic of Naoto Fukasawa, Yves Béhar, Sam Hecht and Kim Colin, and I wanted to try my hand at creating a product in a similar style. Taking the initial functionality and transforming it into a completely new design was a worthwhile experience, involving many sketches and quick computer illustrations to see what it would look like.

I uploaded this version to a number of design networks and after being the most viewed and liked design for a number of weeks—getting over 6000 views, receiving many comments and even having people contact me directly asking where to buy it—I realized that it might have some commercial potential. So the next step was to adapt the design for manufacture, which entailed countless CAD iterations: adding draft angles, changing injection points and developing the shape to suit the injection moulding process. Using the software Solidworks and Moldflow Synergy made the process easier, but it was still a time-consuming process. This was quite a learning process for me, as design students are generally encouraged to focus more on the idea than the nitty-gritty of manufacturing. Thankfully, since the shape of the hanger is quite simple, I only needed to make a few changes, and I encountered very few problems. 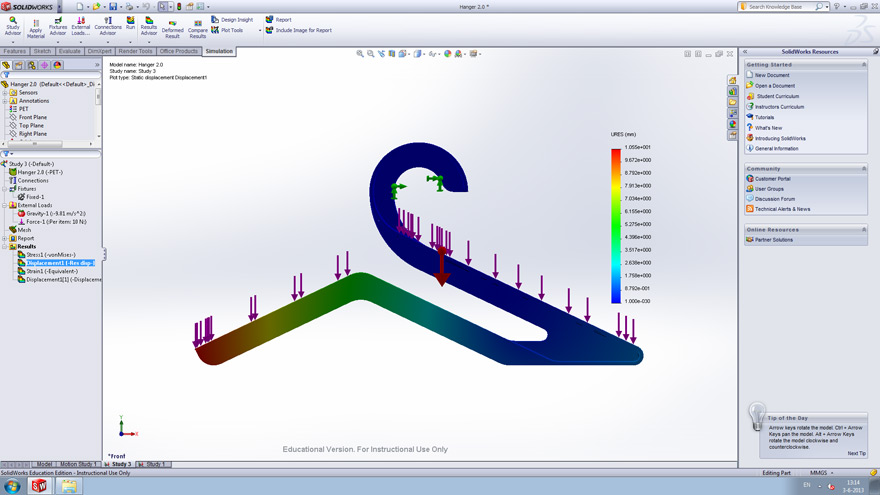 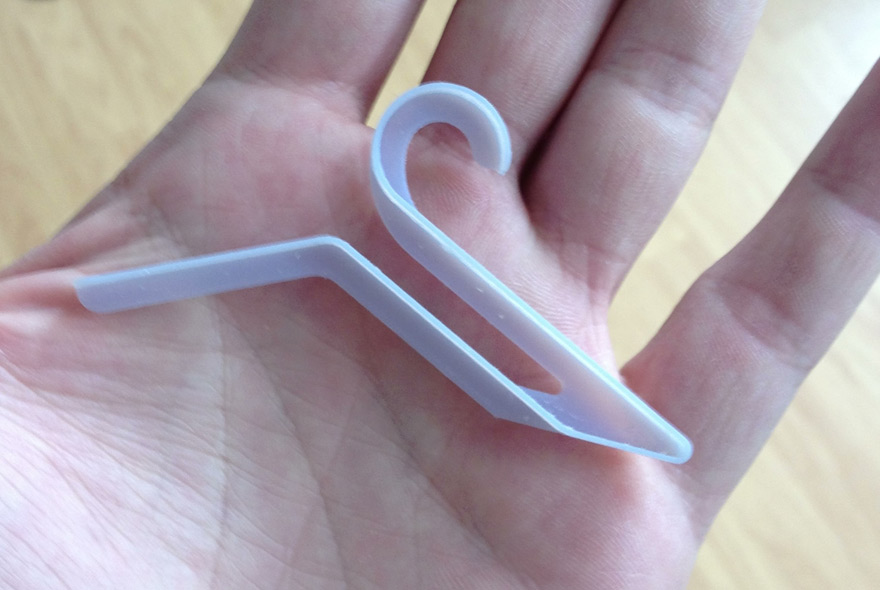 After sending these designs off to a few companies and checking whether the model was viable, I began prototyping it. At first, I simply wanted to see what the hanger looked like in the real world, so I committed my limited funds to produce a 3D-printed 5:1 scale model.

I initially thought that Hangen at this scale would be more of a fun little object to show people who asked about the concept, but it did actually give me some insight to areas of strength and weakness to the product. It was also so good to see that the CAD analysis aligned with this model and there was ample strength in the required planes of movement.

Of course, a scale model can only show you so much, so the next step was to create a full-sized model. Drawing on my previous experience using cardboard to make models, I quickly mocked-up a version by folding corrugated cardboard. Hangen does lend itself very well to this material but there is so much potential in an incredibly inexpensive material that does have some great properties. There are also some excellent online tutorials showing how to make extremely complex models using nothing but card, paper and ingenious folding and cutting techniques. 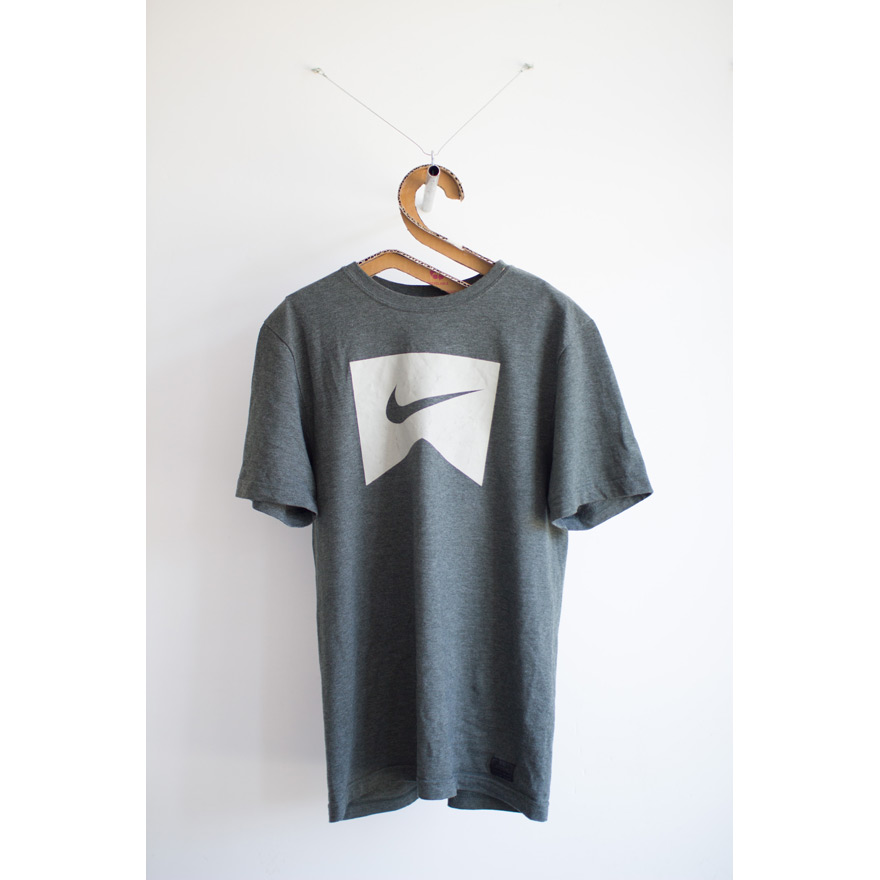 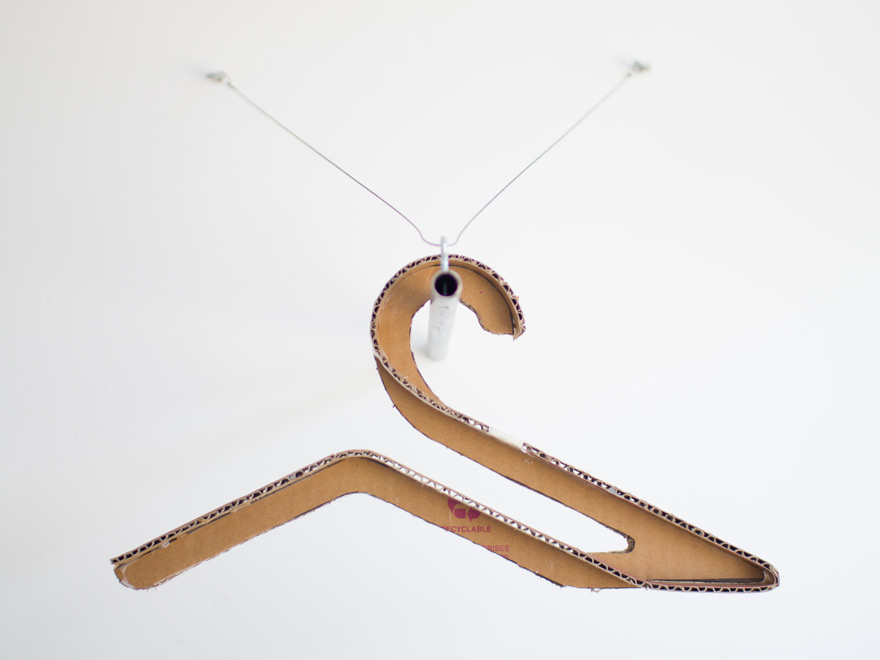 It was great to see the hanger in full size and I cannot fathom why I didn't do it sooner—I understand the value of making models very, very early on in the process now! It really doesn't take long and is so much more effective that sketching when making a product where the function and aesthetic are key. From the models shown above I discovered the hanger wasn't quite wide enough to hold a T-shirt flat—at only 360mm wide, it didn't support the T-shirt enough, so I expanded it to 420mm (as seen above), making it the same width as the majority of products on the market and ensuring a T-shirt will hang in the proper way. Other variations included altering the depth of Hangen to see how strength was affected, and also exploring how the size of the cut-out slot affected it in use.

With these modifications in mind, I returned to the CAD model, creating the version shown below. This allowed me to create the final prototype that was structurally sound and extremely functional—and ready for manufacture. 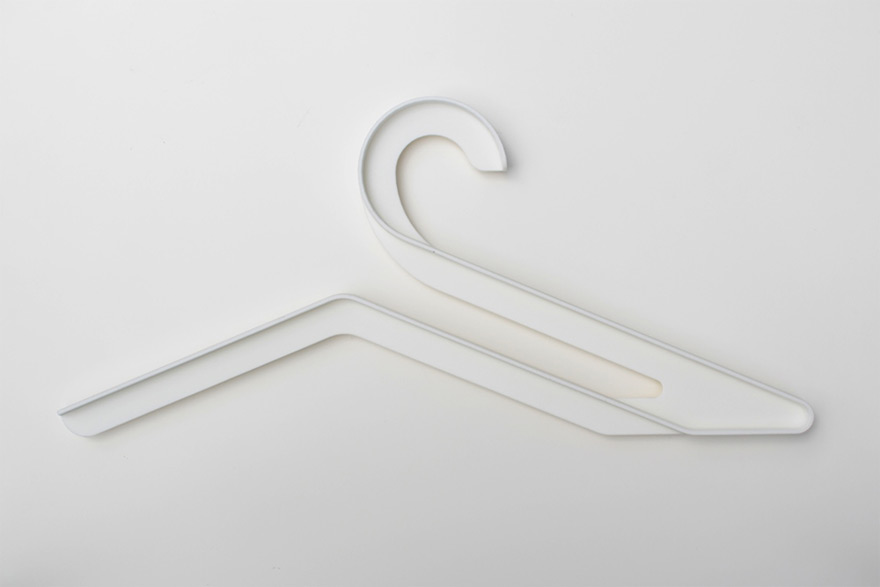 Finding a manufacturing partner was an ongoing part of the process, which I worked on throughout the development of the design. This could easily of been the hardest part if I wasn't lucky enough to walk into a few situations that were extremely beneficial. I had been part of the Stanford Venture Lab online courses, where I made contact with a number of entrepreneurs around the world, one of whom was based in Amsterdam. Since I was in an exchange program at TU Delft in the Netherlands at the time, this contact proved to be extremely valuable. After working with him on branding and founding a startup, he agreed to partner with me on the project and assist in the manufacturing and distribution side. This was a huge turning point in the project, as it meant I could devote my time to the design and minimize the amount of hours chasing contacts in China, the EU and elsewhere.

People behind various successful campaigns on Kickstarter were another great resource—they offered practical advice and also pointed us in the direction of some extremely useful contacts. Retailers and e-tailers such as Fab.com have now approached us, and I'm very pleased to report that Hangen will be available to purchase for the first time in the coming months.

Overall the whole project has been incredibly interesting and also a great learning process, and I am eager to see how the Hangen progresses as I put the product to market almost two years after sketching out the idea for the first time!

How I Took a Product Concept to Market as a Design Student, by Rob Bye