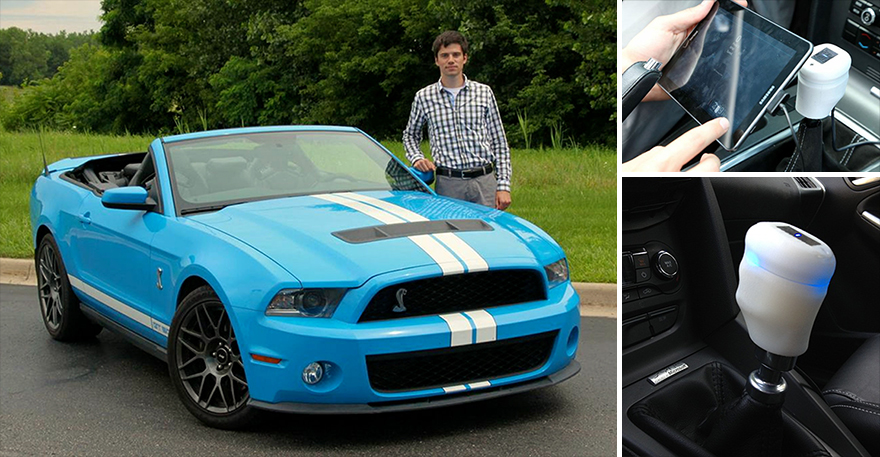 Ford research engineer Zach Nelson hacked up an Xbox 360 controller, and used an out-of-date MakerBot Thing-O-Matic, to make a rather interesting mod to a Shelby GT500: A haptic shift knob. When the RPMs hit a mere 3,000—god that car must have some awesome low-end torque—Nelson's 3D-printed custom knob vibrates, telling you it's time to shift (rather than informing you that you just ate a grenade in Call of Duty).

It might sound gimmicky, but Nelson's experiment provides a glimpse of the future. OpenXC is Ford's program to make vehicle data available to the user in realtime, with the diagnostic system beaming it to a tablet or smartphone over Bluetooth. By tapping that info, installing an Arduino controller, and programming in some simple values, Nelson was able to go from concept to execution in a matter of weeks.

While some tech blogs have breathlessly been reporting that Nelson's device "will teach people how to drive a stick," that's obviously incorrect, and not the real point of the experiment; nor is the LED indicator going to be a gamechanger, as few of us who drive stick have ever been driving around going "Gee, what gear am I in?" Rather, Nelson is demonstrating that by simply opening the floodgates of a vehicle's information, Ford is enabling you customize your driving experience in a manner of your choosing. And it points towards the future: Open-source vehicle telematics, combined with digital manufacturing devices and Arduino, should open up a world of interesting possibilities.

Nelson has posted the technical details of how he did it here.