BMW 360 Electric, the Unsung Service Design Side of the New BMW i3 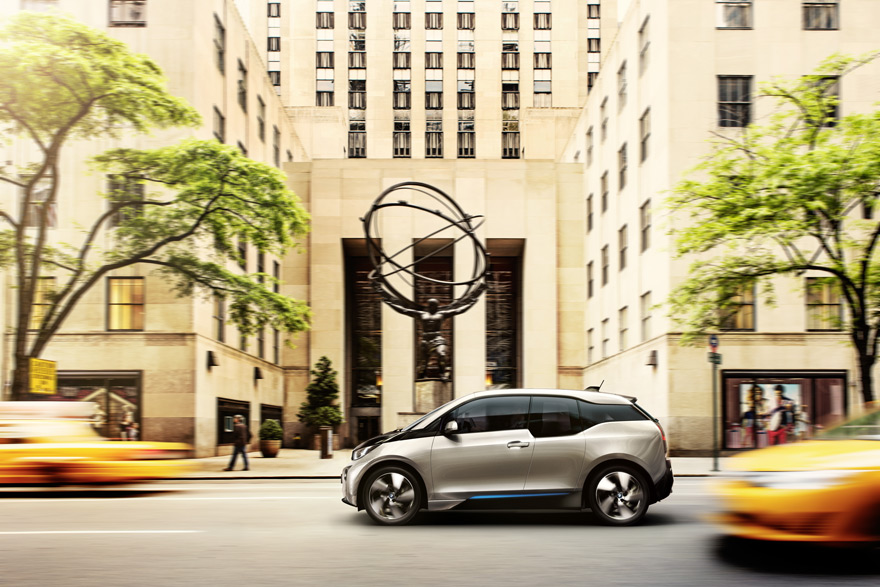 With the global launch of the new all-electric i3 on Monday, BMW made headlines for bringing carbon fiber manufacturing in-house—in the USA, as a matter of fact—in order to achieve a mass-producible electric vehicle at a competitive pricepoint. But in some ways, the new BMW i3 is just the hardware, the physical product in a broader, forward-looking ecosystem of services and support for early adopters. 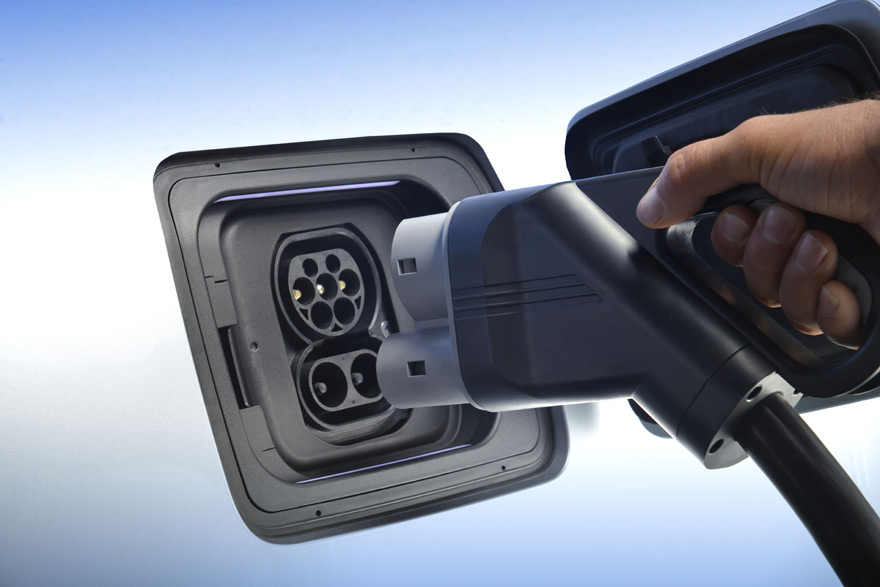 With an admittedly modest range of 80–100 miles, many have noted that the BMW i3 has a fraction of the already-questionable 250-mile range of the Tesla Model S. In other words, the spec sheet ostensibly fuels (sorry) what is known as 'range anxiety': fear of running out of juice on the road. After all, even the best of us forget to charge our phones once in a while; the electric vehicle represents this inconvenience writ large, and the prospect of being stranded has already proven to be a PR nightmare for electric vehicles. (As far as I can tell, the Tesla Model S's higher [longer?] range is proportional to its beefed-up battery power; I can't speak to how cutthroat R&D for this technology is, but I imagine it's ultimately a tradeoff in terms of added weight and, in turn, pricing.)

Inasmuch as 'range anxiety' is a valid (albeit overhyped) issue—the Verge has a nice analysis—BMW's 360° Electric is billed as a complement to the i3, a suite of added-value services that is broadly addresses these concerns. The "Premium Mobility Service" is billed as a "crucial part of the BMW i and urban lifestyle," starting with a SIM card in the BMW i3 that enables BMW ConnectedDrive services. This includes the proprietary navigation software, which allows the driver to locate the nearest charging station, as well as providing real-time range estimates and battery data. 360° Electric also includes a 24/7 concierge service and a host of OnStar-like features, such as Intelligent Emergency Call in case of an accident. 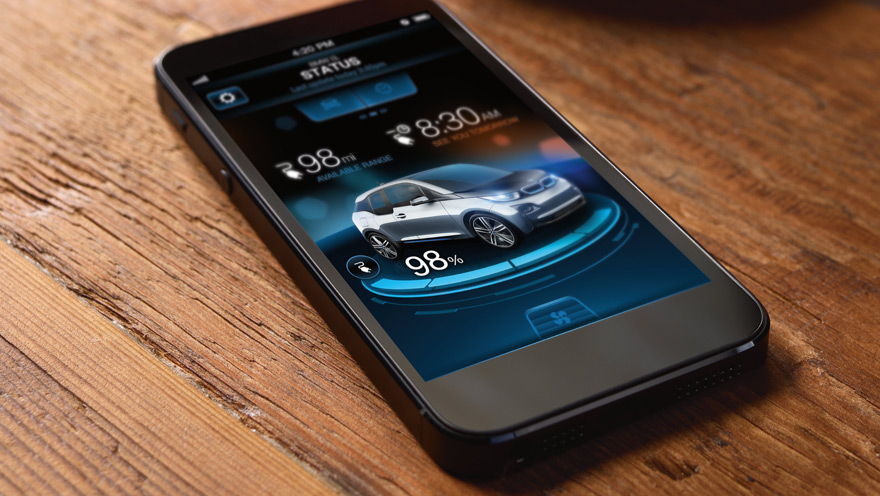 As one might expect, 360° Electric extends to one's pocket in the form of an app, which allows i3 owners to "monitor its battery level, charging status and other charging-related functions, such as heating and air conditioning, as well as "give the car's location, lock or unlock the doors, honk the horn, or flash the lights."

Jacob Harb, Head of BMW i North America, emphatically noted that the 360° Electric services are designed "to overcome any anxiety that a customer might have." This includes everything from the "white-glove service to install your wallbox in your garage" ("One thing that's unique for us, is that the consumer will be able to roll their home charging station and [optional] solar panel into their payment plan") to Flex Mobility: "for those exceptions, such as the trip to grandma's house for Thanksgiving, we'll give them access to a normal BMW—you can drop off your i3 [at a dealership] and we'll give you a [BMW] 3 or 5."

I was also interested to hear that BMW was exploring the possibility of recycling used i3 batteries for home use, to store solar power. According to Harb:That's one of the things we're looking at right now: second-life applications of the battery. Right now, with the solar panel, you don't actually power your house directly, with the energy you generate—you pump it up to the grid and you get a credit back. So we're looking at actually storing the power [in used batteries]. 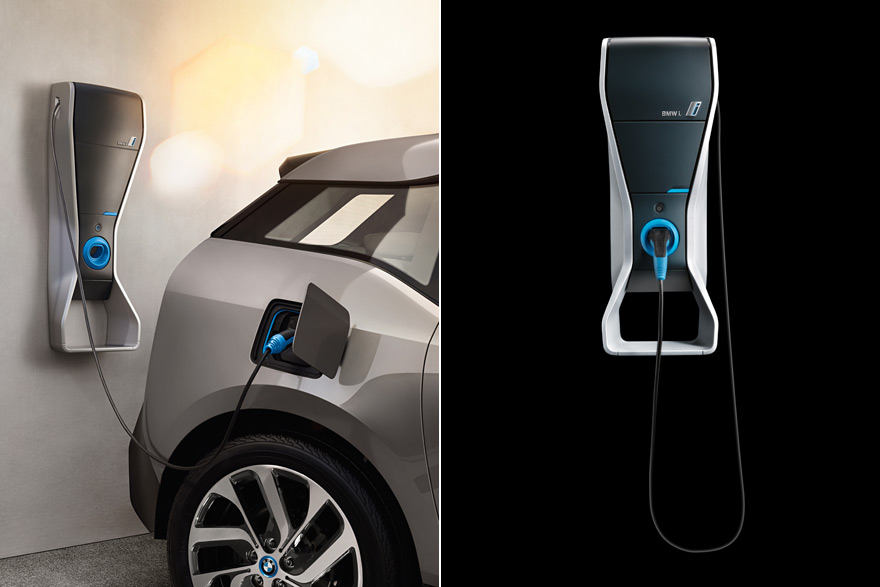 Harb, for his part, remained tight-lipped on whether they were pursuing options such as battery-swapping, which is available for Tesla drivers. But whether or not BMW chooses to compete directly with Tesla—the sportier i8 is slated to launch in early 2014—all of these measures speak to the broader culture of car ownership. Numerous research studies—both those conducted by BMW and third-party sources—affirm that sub-triple-digit range is sufficient for most car trips, and BMW is clearly hoping to preempt any excuses otherwise.

For many drivers, a limit on the range may as well be an imposition on one's freedom; the romantic ideal of the automobile is precisely that: the freedom to travel far and wide without limits. In other words, the concept of personal mobility has more to do with unfettered access than with escaping a specific place. With 360° Electric, BMW is offering a compelling—if not altogether necessary—stopgap measure for the transition from gas to electric.

Here, it's also worth noting that BMW is also offering an optional 'Range Extender,' a 650cc, 34-hp, two-cylinder 2.4-gallon gas engine, a remedy for acute cases of range anxiety. (In this December 2012 video interview, Harb notes that it's actually one of BMW's motorcycle engines.) At $45,200 for the Range Extender option, it's about 10% more expensive for than the standard i3—at 330lbs, it's also a 12% weight extension—but it's definitely a major step towards meeting would-be EV consumers halfway.

Previously: Introducing the BMW i3 Electric Car: Head of Design Adrian van Hooydonk on Bringing Carbon Fiber to the Mass Market & the Future of Auto Design; see also: BMW i3 on our Discussion Boards

BMW 360 Electric, the Unsung Service Design Side of the New BMW i3