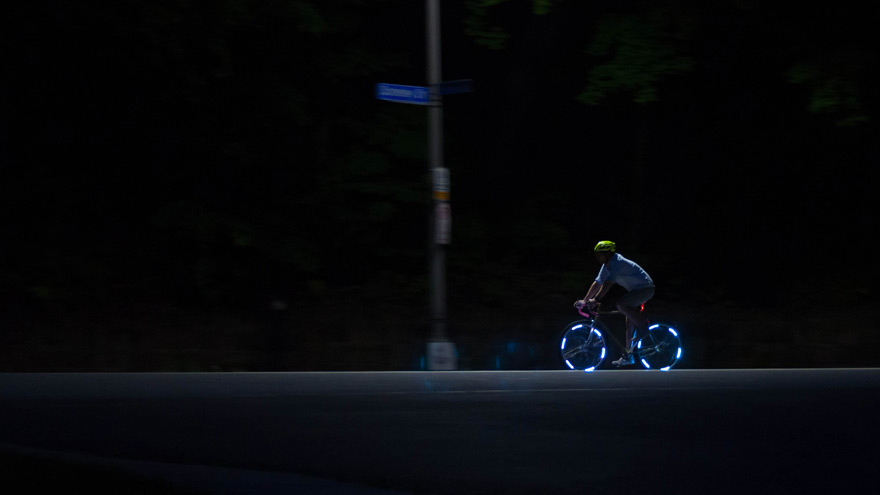 A Conversation between Jonathan Ota and Ethan Frier

Jonathan Ota: Remember when we first received that SURG check? What was it, $865 for something that we didn't even understand what we were doing?

Ethan Frier: Yeah, I mostly remember being shocked that we actually got the check, and thinking how much money it was. That was the first time I had ever really thought about how development and funding we really tied together, and being excited to actually get to develop this project with that funding. Neither of us really had the money to buy the equipment and supplies we needed for the prototype, so without that funding we never would have been able to even start this.

That was also the point when I started to recognize how much of an idealistic bubble schoolwork was—presenting renderings and mock-ups. When we actually tried to build a working prototype, we were forced to answer to the technical, physical and economic constraints of the real world. 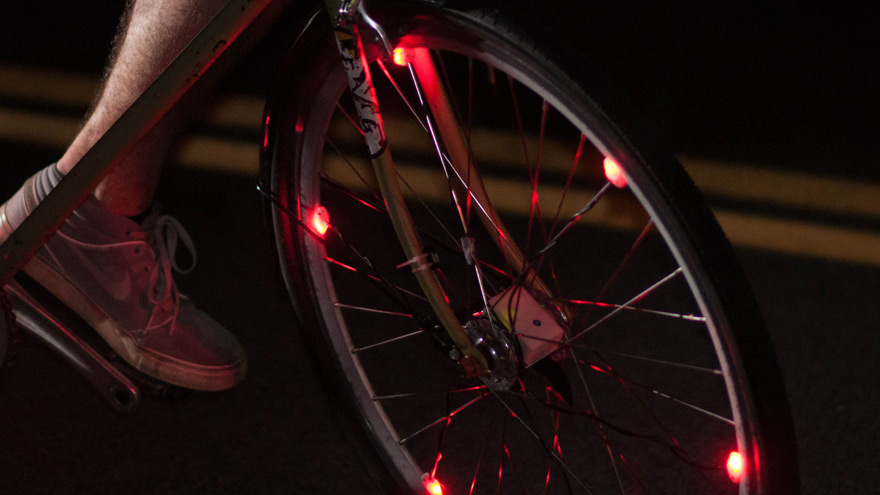 JO: Ha, I think that has been a trend of the project—us applying for money, then winning it and not know what to do with it. I remember thinking, "I think we just conned our school into giving us free money." The physical prototyping was definitely the hardest part of the project, given how ignorant I, for one, was about that thing called electricity and LEDs and stuff like that. In the beginning, it was very much a technical and design exploration, though presently it's interesting how the focus on pure technical development has become just a part of the bigger strategy of trying to run a successful business.

EF: How did you feel after the Core77 wrote about the project, and the upshot of that? I remember feeling like I somehow cheated, that we didn't really deserve it in a way.

JO: I did feel like a bit of a cheat, because it didn't feel intentional. I remember thinking that getting anything published on Core was the pinnacle of every industrial design student's dream and the stamp of success on a school project, but to deal with the feedback and comments from hundreds of people? It was absurd! I couldn't believe it and I was immediately overwhelmed. Plus, I also thought I cheated because the video looked good—too good—when in fact the prototype was just barely functional. (moral of the story: learn how to make good videos).

It was only after this Internet "success" that I thought we could do something more with Aura—it proved that there was some sort of demand for it. Except, here I was, just a 19-year-old kid with a cool video, a half-functional proof-of-concept and nary a clue of what to do next. 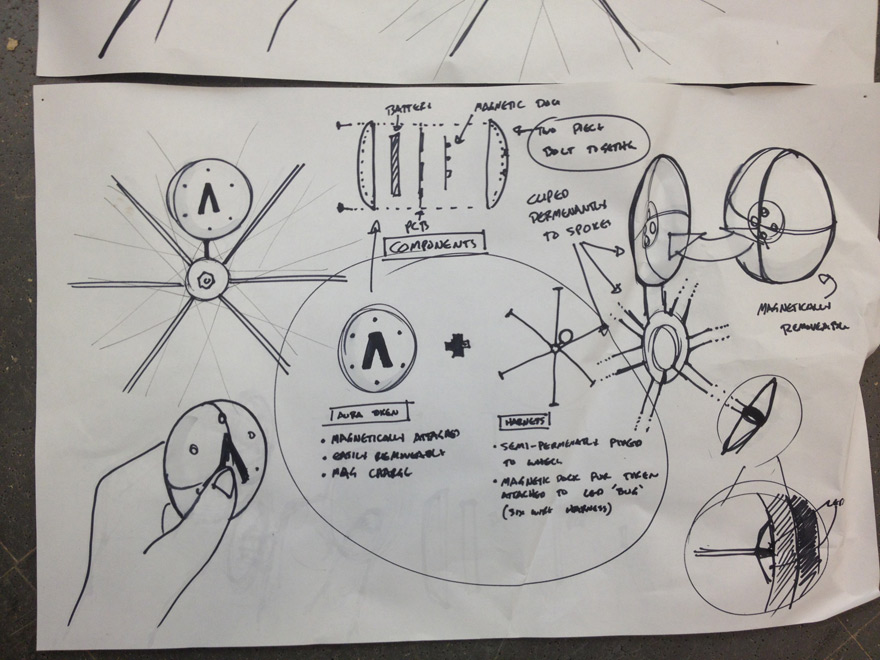 EF: It took me a while to realize that it should be more than just a school project and portfolio piece. I remember a friend of my parents hounding me constantly that summer about patenting it, and me brushing it off. That seemed like something way over our heads. I'm pretty glad we did, though, because now, as we're looking for licensing deals, I've learned that the patent is really the only thing that matters. Every step of this process has been interesting, and at times hard, to figure out how the 'real world' works. From figuring out how to make a functional prototype to navigating patents and lawyers, to having to hire engineers and learning how to interview somebody. It's been a lot of trial-and-error on our parts, I think, but that process of figuring out the process is really valuable. 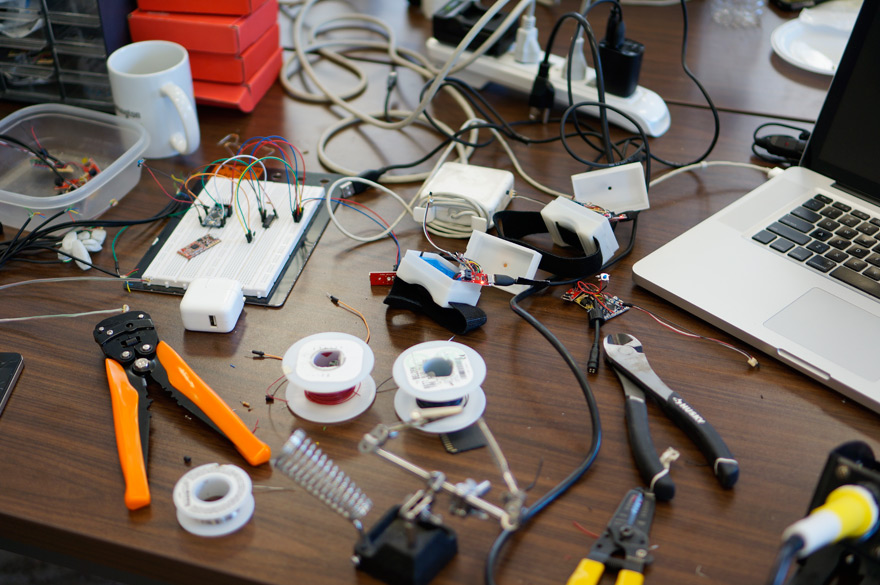 JO: So we made the first version of Project Aura two and a half years ago. Why did this "process of figuring out the process," like you said earlier, take so long compared with the relative ease of hacking something together in a matter of a few months?

EF: Yeah—I think one big thing I've realized is the exponential relationship between scale and complexity. As we turned a project into a product it's no longer about just the artifact that we're trying to create, but about the whole framework that supports that artifact, in addition to it. So in the beginning, we just had to make the thing, and it wasn't easy but that was pretty much the only thing we were doing. Now, it's not just about building the product but also a website, producing more videos, creating a brand—all in support of the product.

But then there's all of the things on the backend that nobody really sees. Working on that patent took us the better part of at least a month if not two. And then, even deeper, there is the skills you have to build. So we had to figure out how to interview people well, so we could hire the right engineer, so we could make more complex and efficient electronics, so the product could be better. 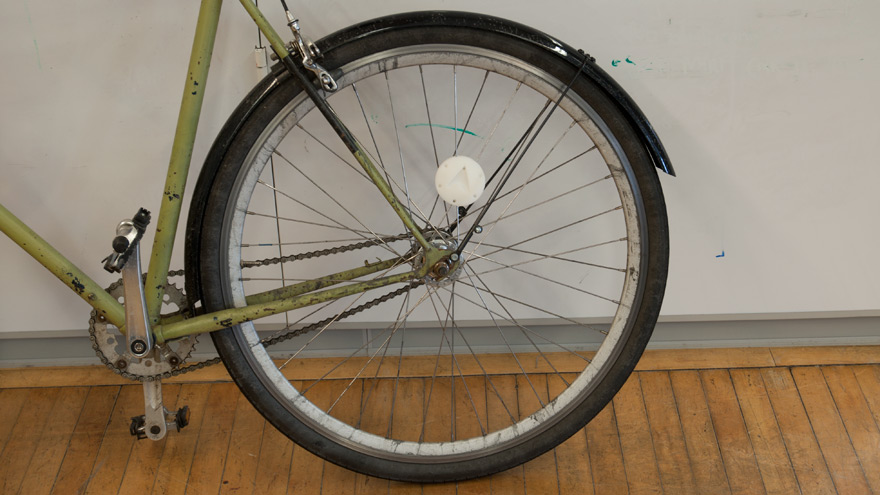 JO: Exactly right. To build on what you said as well, it was a tremendously difficult challenge learning the nuances of maintaining a project that doesn't end at the conclusion of a school year or when you receive a grade after a few weeks. We had a persevere and keep moving forward and most importantly move forward together. Communicating our goals and trying to nail down what we actually want to do with this project took awhile to define. Not only did we have to constantly remind ourselves of what we were doing and why we were doing it, but we had to convince others who could help us to make this a reality. And it was still a struggle until recently.

EF: Why do you say it has been a struggle until recently?

JO: Well, we have a plan now. Fancy that. We have always talked in length about our ambitions and I know I'm always asking you nagging questions about your 5 year, 10 year plan. I see this as our road map for Project Aura: spend the rest of the year developing Aura to our ideal standards while searching for opportunities to partner with an established company who have the reach and resources to take it further. I think it's perfect because we as two industrial design entrepreneurs have learned how to start a company from scratch, and with a partner we will be able to learn about how to successfully mass manufacture and distribute a finalized product.

EF: I see a partnership as just the next logical step in getting this product out there. We could conceivably produce it ourselves, but at this point it makes more sense to combine our knowledge of wheel lighting with the manufacturing, retail and industry knowledge of an established company. 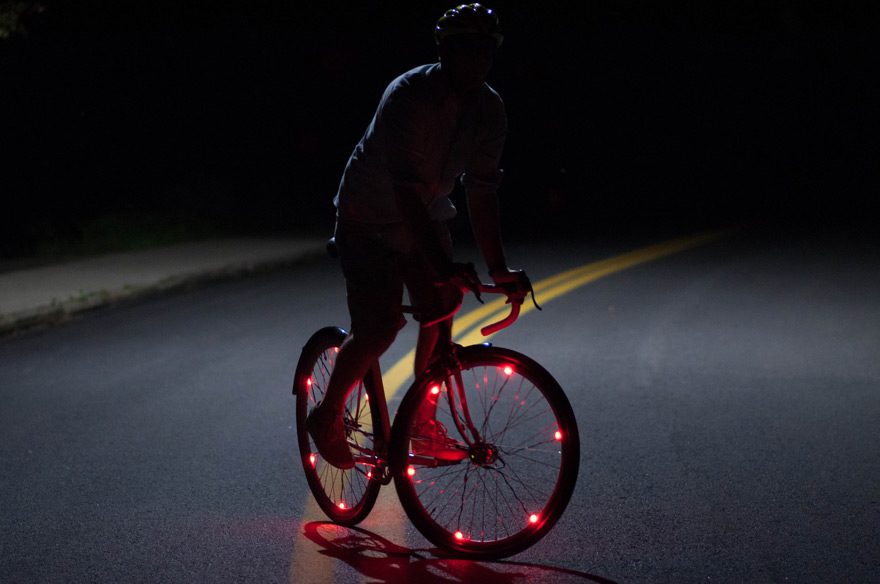