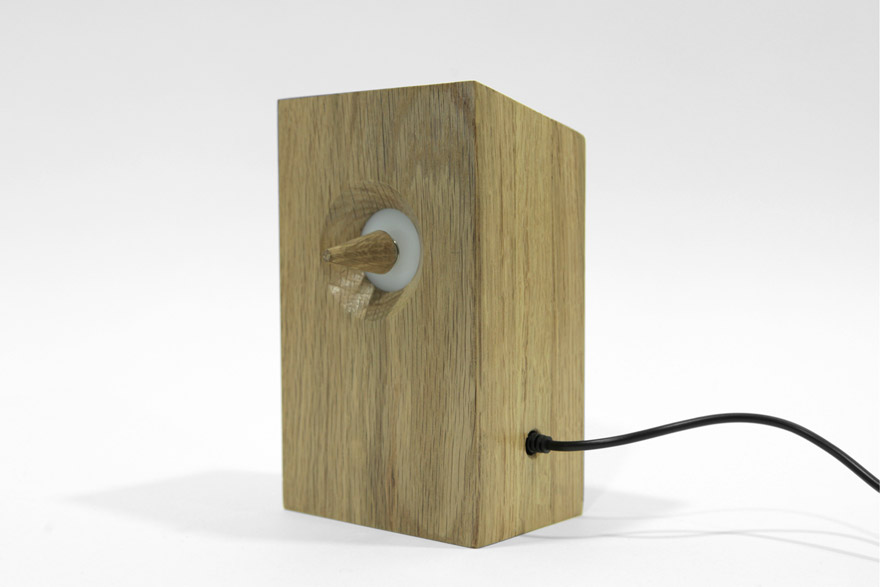 Doesn't look like any alarm clock I've ever seen...

Like the toaster and the wristwatch, the alarm clock is precisely the sort of everyday household item that has been the subject of countless attempts at reinvention. In fact, the alarm clock is something like a cross between the two, as a tabletop device that features a clock/timer with an at-times arcane interface for various options and settings.

But there's definitely room for improvement, and a new, soon-to-be-released product by Scottish designers Natalie Duckett and Lee Murray incorporates several innovations in the interest of redesigning the alarm clock. Although it's name suggests urgency or shock, the Alarming Clock reframes the problem: not only does it emit an audio cue at a specified time, it also does so nine hours in advance to signal the time at which one should consider going to bed. The timeframe is calibrated in order to ensure a full eight hours of slumber, accounting for time to "wind down" prior to bedtime to "help your brain to be less active meaning you are ready for sleep and not continuing to process information."

Many of us just do not realize how important a regular sleep routine is and often overlook this. There are many gadgets and apps available to monitor how well you are sleeping but none that will help you improve it. Why is it so difficult to get out of bed?... The Alarming Clock is designed to enhance our waking experience by improving our sleep rhythm with the unique feature of an evening alarm. 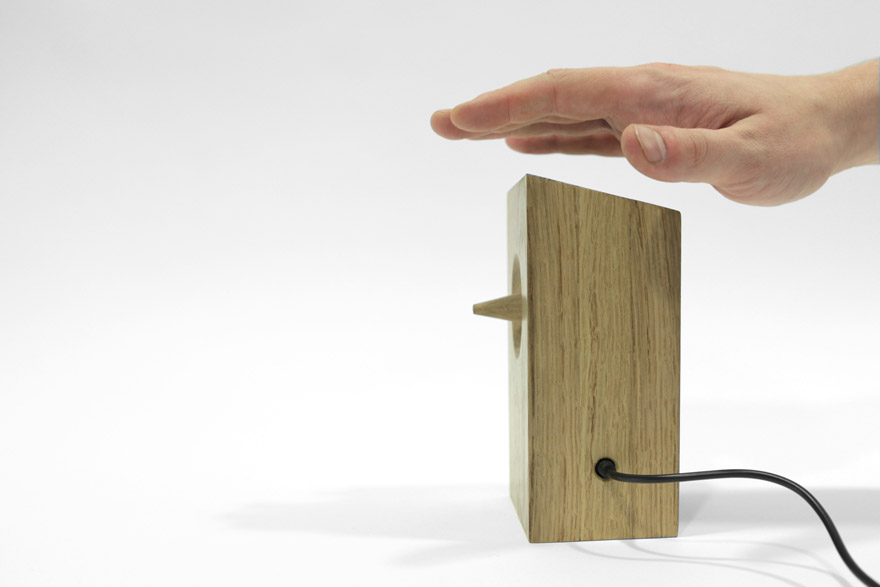 The concept dates back to 2010, when Duckett—then a student at the University of Dundee, where she met Murray—first developed a "Woodpecker Clock" that was the subject of quite a bit of proverbial buzz. The production version has shed the bark cladding of the split-log aesthetic to make for a more subtle reference to its avian inspiration, but the mechanism remains largely unchanged:

A striking feature of the Alarming Clock is its move away from an electronic buzz. Instead, the alarm signal is mechanically created to imitate the sound of a woodpecker drumming against a tree. Placing the 'beak' against different surfaces or objects alters the sound making the alarm signal unique to your home. If an alarm signal is not needed, simply remove the beak and set aside...

When alarm signals jolt you awake this is because you were in a deep sleep and the alarm signal has scared your brain into waking. This is what leaves you feeling groggy and tired throughout the day but when you are awoken from a light sleep, created by your sleep cycle, it is merely a gentle reminder to wake up.

The base of the Alarming Clock conceals the third distinctive facet of the the design: a hidden clock face. Lee notes that the original concept was praised for this characteristic as well, and they've preserved this design element by positioning the clock and the touch-sensitive 'snooze' button (the entire top panel) are on opposite faces of the clock. 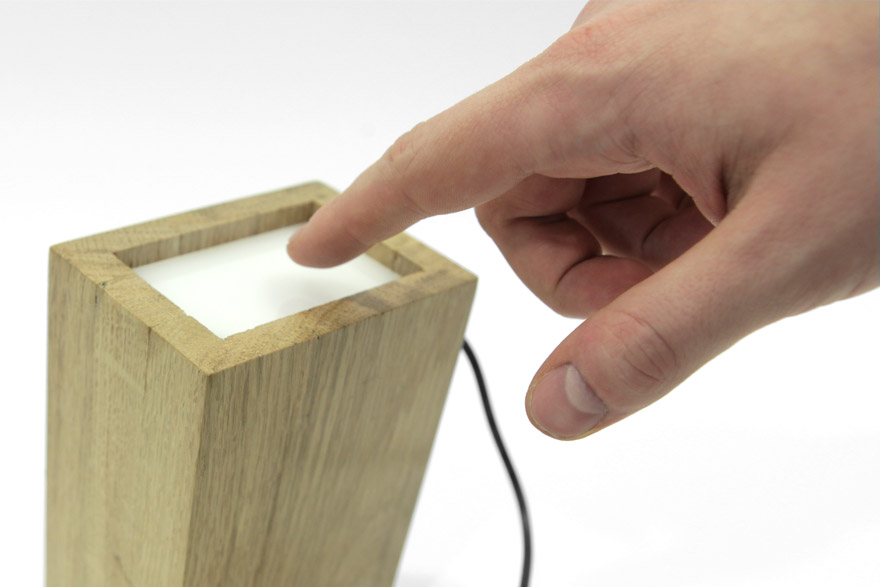 The mechanism, of course, is expressly designed to interact with an adjacent object, 'pecking' its neighbor with its gnomonic 'beak,' a playful gesture that invites a bit of creativity on the part of the user. Besides a vase, I could see myself using a drinking glass; I usually like to have water at my bedside in case I get dehydrated during the night. (The downside, of course, is the possibility of knocking over a glass vessel as one groggily swats at the general vicinity of the alarm clock.) 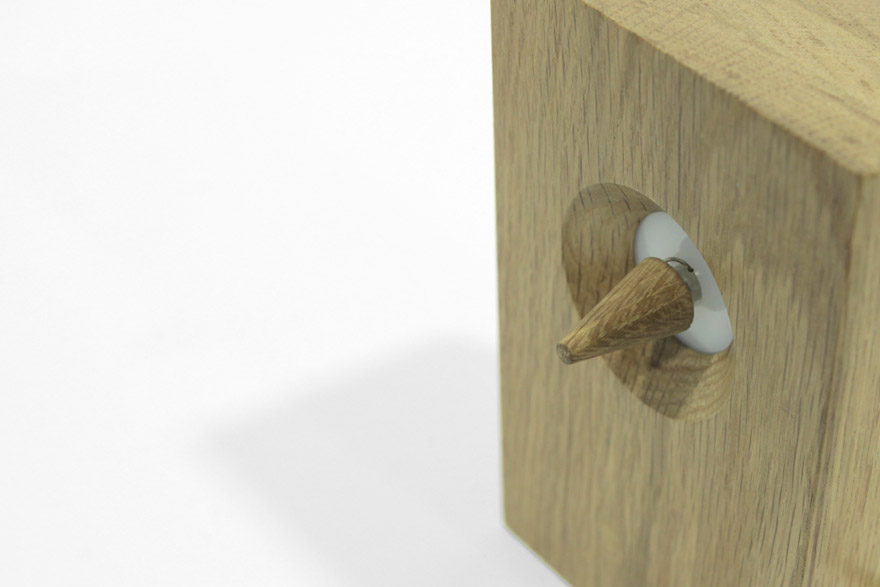 Here, for reference, is the original 2010 project:

The Alarming Clock is currently available for pre-order in the UK and Europe for £300 until September 30; I imagine they're shooting for holiday delivery time. Suffice it to say that we're impressed that these young designers were able to bring the Alarming Clock to market; in fact, we recently chronicled the two-year tale of Ethan Frier and Jonathan Ota, who are currently seeking a manufacturer for their rim-mounted bicycle lights. Now if only Basheer Tome could bring the "Hue" toaster into production...