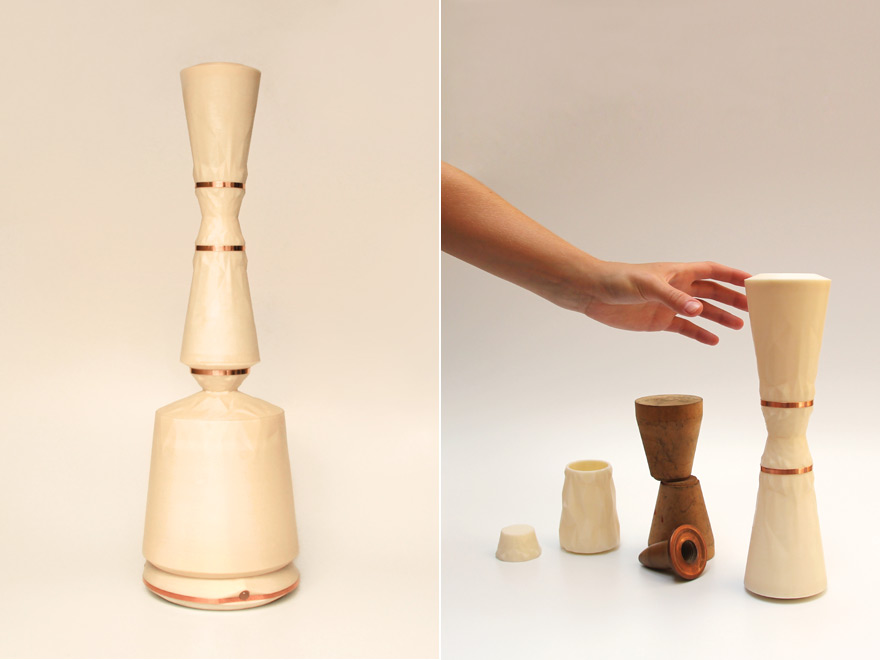 At various points when I was growing up, I recall teachers or other authority figures facilitating group discussions with the use of an ad hoc talking stick—a communal object that grants the bearer permission to speak. The concept itself (per the Wikipedia article linked above) originates in aboriginal culture, where it may be used democratically or as a symbol of authority, but they generally serve the purpose of designating a speaker in tribal 'council circle' settings. Thus, the concept has been adapted for a wide variety of contemporary settings, from primary school to corporate committees, making it an ideal starting point for the Smart Interaction Lab's recent prototyping session at the Barcelona Mini Maker Faire.

How can interactive objects encourage inspiration and dialog during brainstorming sessions?

Ideation sessions are part of everyday life at Smart Design, informing all the work we do. When reflecting upon these sessions, we developed the concept behind our Maker Faire project. We worked together as a team of multidisciplinary researchers and designers to explore how we can improve people's experiences of the ideation process through tangible interaction. Our solution was TOTEM—a family of three unique objects that help people get inspired and stay engaged in creative conversations and debates in order to generate new ideas. It is composed of a stack of three separate but complementary objects: Bat&oacuten, Echo and Alterego. 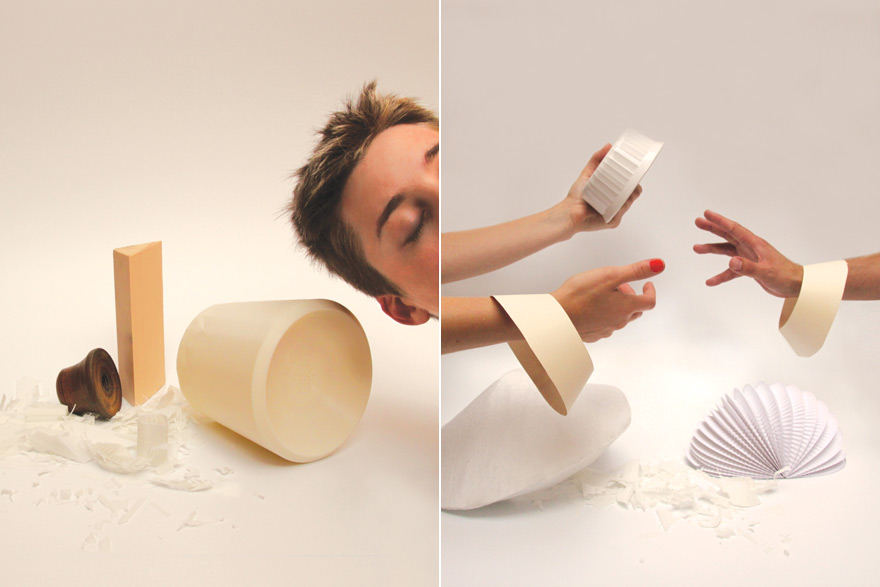 First up is Smart Design's take on the talking stick: "Batón" looks something like an hourglass-shaped bone and is designed to vibrate after a certain amount of time, indicating that the speaker's turn is up and he or she must pass it on to someone else. "This tool allows everyone present in a discussion to be heard and it forces the most dominant speakers to be more concise, but also those that may be more shy to speak up."

The next device, "Echo," is intended to be a source of oblique or otherwise unexpected inspiration. When it is resting on a surface, it makes audio recordings of its surroundings; to hear previous recordings, one can hold it up to his or her ear. "By shaking it, Echo will randomly play back other sound bytes from other parts of the day. The main aim of Echo is to help users get inspired by other adjacent creative conversations, keywords, and quirky background noises that we would not be able to pick up on without the help of technology."

"Alterego," the third concept, is based on Edward de Bono's "Six Thinking Hats" method, paring the technique down to three roles: optimist, pessimist and moderator. The three-part bracelet denotes who will play each part, and the color-coding rotates randomly so that each individual comes to see the others' perspectives. "This thinking behind this method is that it forces users to think outside their comfort zone and evaluate ideas in a balanced, unbiased manner—an essential skill for productive ideation."

Despite their distinctly digital UX elements, he muted, organic design language of TOTEM evokes a sense that these objects are indeed relics—"Echo" vaguely resembles an ice bucket carved from a tusk—harkening back to the essence of human interaction and communication. Thus, they are familiar in the deep sense: we project our instinct to collaborate onto these artifacts, yet their purpose is to enable us to work together better.