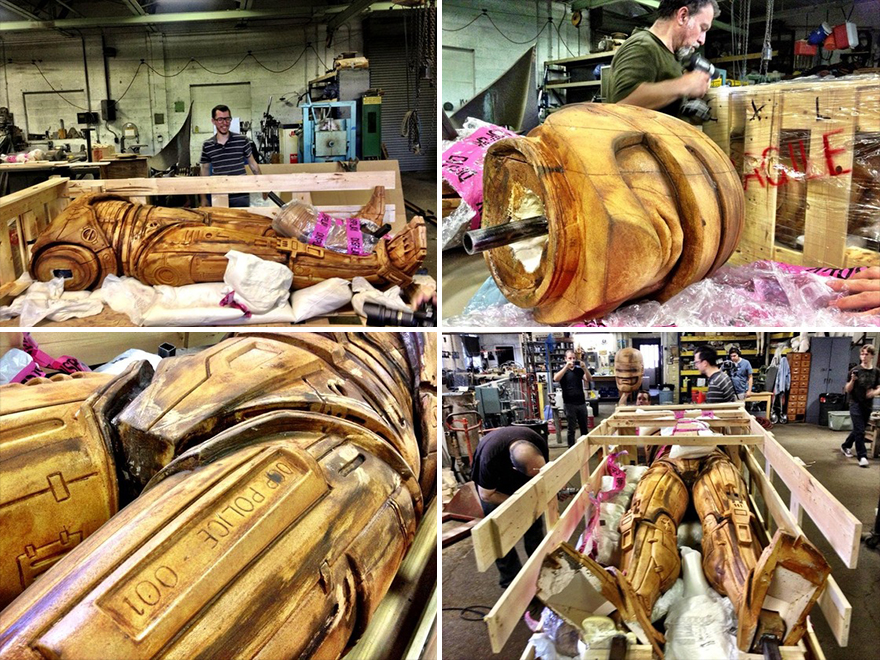 It's not Robocop on a Unicorn, but it may as well be: Detroit's long-awaited statue of the fictional law-enforcement officer has proved just as elusive. While the project reached its $50,000 funding target in just six days, that was way back in February of 2011, and Detroit still remains woefully un-Robo-policed.

So why is it taking so long? The narrative in this video, which shows the unboxing of the model-to-be-cast, provides some insight. First off, Hollywood-based Fred Barton, whose eponymous company is "the Savile Row of robotic manufacturing," had been restoring the original armor from the 1987 film for five years prior to the Kickstarter campaign; he then produced a 1:1 replica that was 3D-scanned in two locations across North America; the file size was then pumped up to the ten-foot final height and CNC-milled out of foam; and what we are seeing here are the foam pieces from which the bronze final will be cast.

There's still plenty of work to do, so RoboCop won't be holding down the corner in the recently bankrupted Detroit anytime soon; they are still searching for a final site in which to mount him.