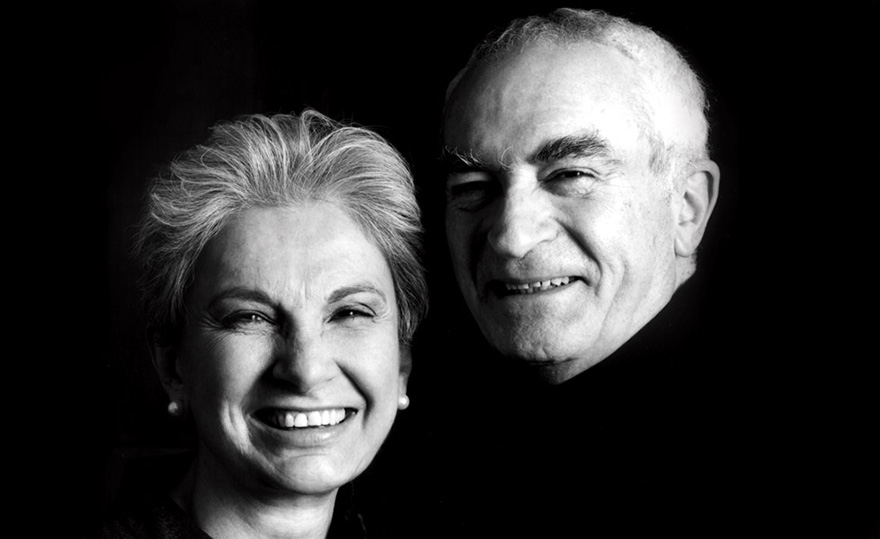 If you live within striking distance of Rochester, in upstate New York, you can visit a design treasure. The incredibly prolific Lella and Massimo Vignelli donated their entire archive of design work, a collection spanning nearly half a century, to the Rochester Institute of Technology several years ago; the resultant Vignelli Center for Design Studies opened shortly thereafter.

For the rest of us, come October we'll be able to see Design is One, an upcoming documentary on the design duo by First Run Features. Peep the trailer:

Two of the world's most influential designers, Lella and Massimo Vignelli's work covers such a broad spectrum that one could say they are known by everyone, even by those who don't know their names. Adhering to self-proclaimed motto, "If you can't find it, design it," their achievements in industrial and product design, graphic and publication design, corporate identity, architectural graphics, and exhibition, interior, and furniture design have earned worldwide respect and numerous international awards for over 40 years.

After Massimo brought the Helvetica typeface to America in 1965, he and Lella moved on to a diverse array of projects, including New York's subway signage and maps; the interior of Saint Peter's Church at Citicorp Center; Venini lamps; Heller dinnerware; furniture for Poltrona Frau; and branding for Knoll International, Bloomingdales, Saks Fifth Avenue, Ford and American Airlines.

...The film features extensive personal conversations with Lella and Massimo themselves, who reveal for the viewer their intensely collaborative creative process and the inner workings of their deceptively linear genius that has defined contemporary design as we have come to know it.

The film will have a theatrical release in "select cities", to be followed by a DVD release.