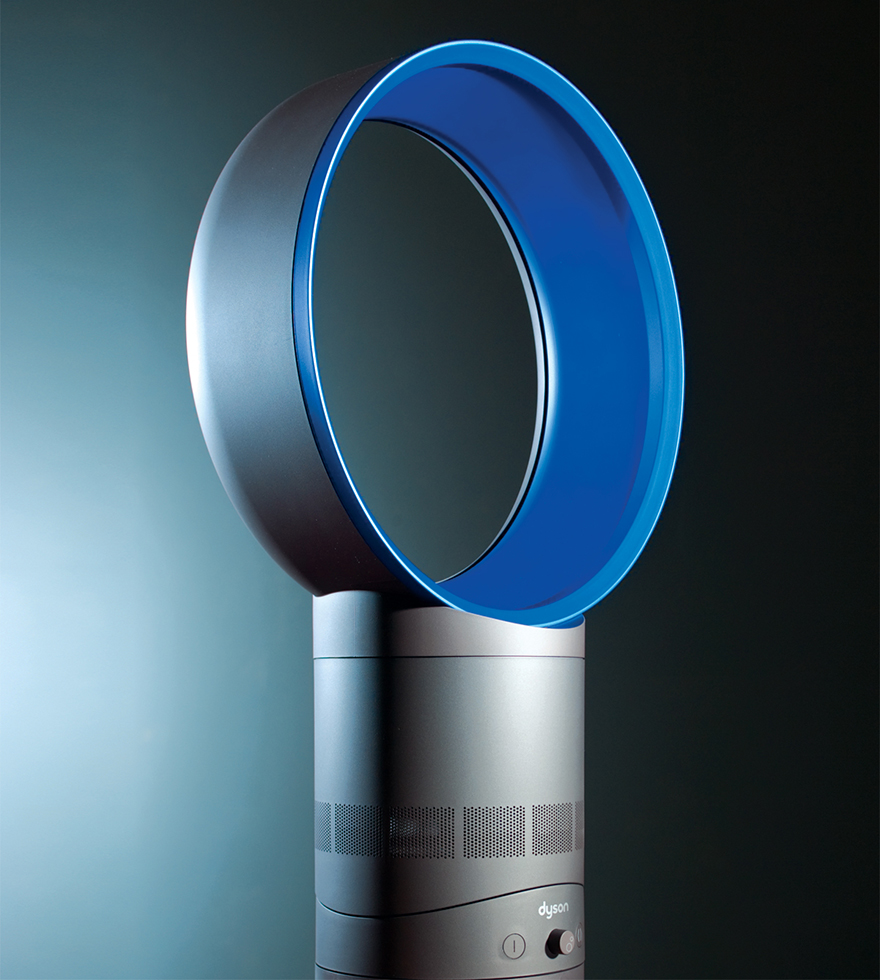 I was sitting in front of Dyson Air Multiplier the other day and even though I've seen and felt these "fans" many times since they hit the market in 2009, I was struck that I'd taken something so unusual for granted. It's got no blades. So how does it blow air?

It's a circular structure mounted on a cylindrical stand. The circular tube, or ring, is only a few inches deep, and the larger models have a 12-inch diameter. If one were to just look at it—even fairly closely—there is no obvious clue to how it manages to push air as a fan would.

There might be no obvious clue, but the fact is that there are blades... you just can't see them. The blades—or fins, as Dyson calls them—are inside the pedestal, and they pull the air in, at a rate of more than five gallons per second. (The most recent implementation of the Air Multiplier moves more than six gallons per second.)

Basically it works like this: Air comes in through the pedestal and moves up through the circular tube that functions like a ramp, forcing the air forward.

So that maps out the direction of air movement. But what gives the fan its oomph? What makes it feel like a fan?Well, the air is drawn in through the base of the machine, powered by what is called a mixed-flow impeller—this is what jet engines use to suck air inward. It has nine fins with rows of tiny holes that reduce the friction caused by colliding high and low air pressure. 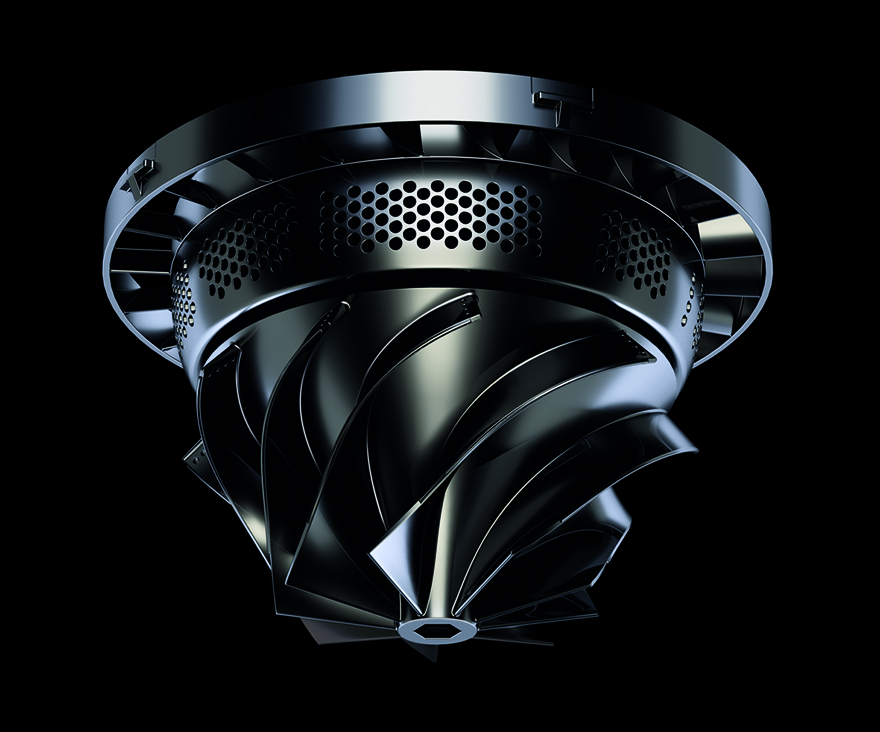 The air is then forced into the circular tube (Dyson folks call it an annular aperture) and creates jets of air. Each jet of air passes over a 16-degree airfoil (an airfoil is an angle of a blade or wing that can give something lift.)

As the air passes over this "ramp" or airfoil it actually draws in more air from behind the fan, due to a physical law called inducement. Basically it creates an area of low pressure just behind the circular tube and this is quickly filled by more air. Air surrounding the sides of the circular tube also flows through the center of the tube through a process called entrainment, so these three sources of air combined form the total airflow. According to Dyson, the Air Multiplier increases regular room airflow 15 times. 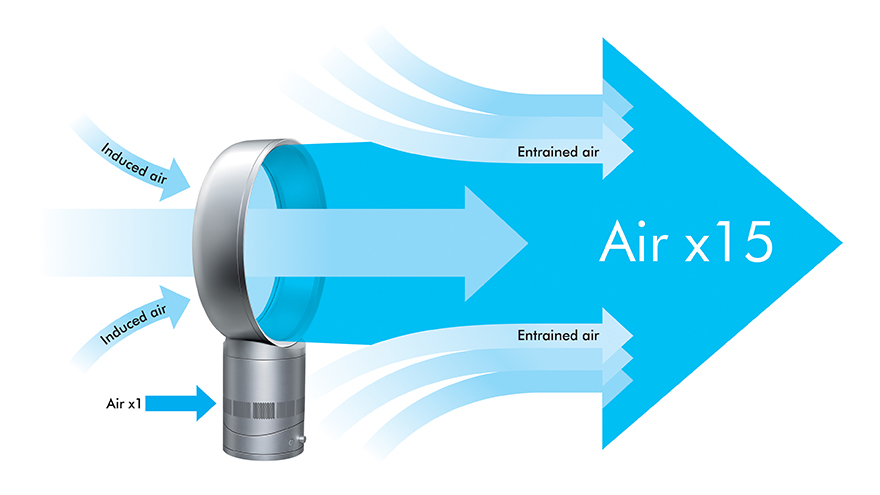 The entire set up creates a fan with very smooth airflow and what Dyson refers to as "no unpleasant buffeting." 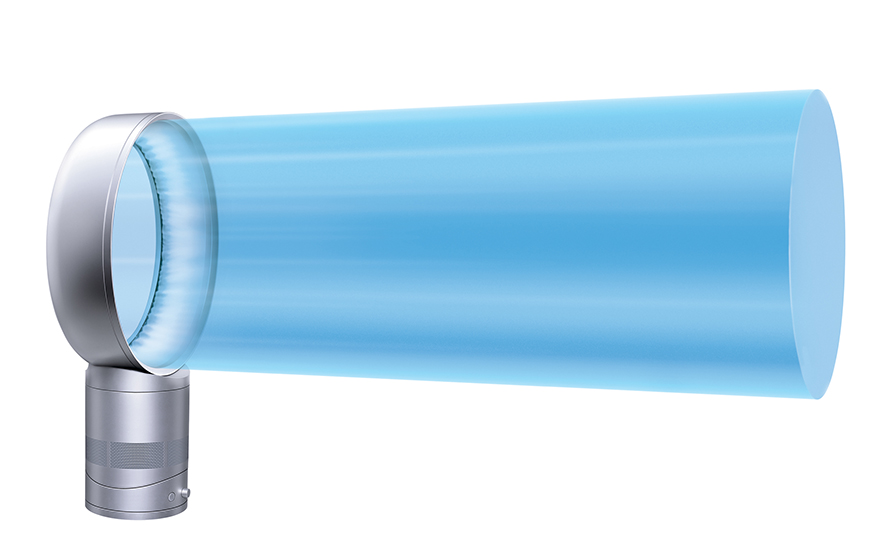 Breaking open the science behind a cool device can sometimes wreck the magic, or 'unweave the rainbow' as it were, but then it proves once again that innovative design rests on playing with the function of the natural world.