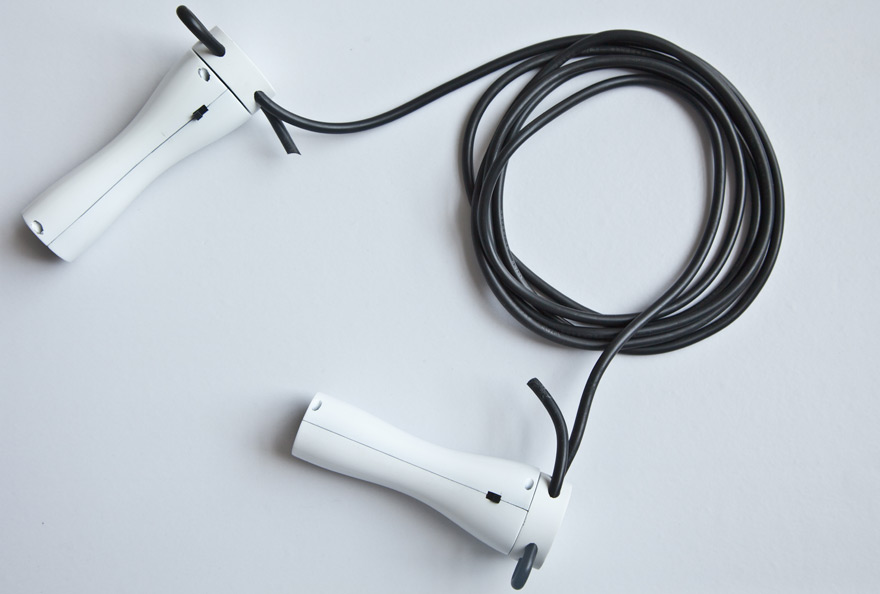 Ben Hughes has scarcely looked back since he made the transition from Central St. Martins to CAFA about three years ago; rather, he's looking to the future and what it might possibly hold. What better place to do so than in Beijing, where he's set up shop in the Caogchangdi artist village and works part time as a Visiting Professor at the prestigious China Academy of Fine Arts?

Yet in China, Hughes notes, "design is almost exclusively linked to lifestyle and luxury consumption. It is seen as something to aspire to rather than something accessible by all." In the interest of initiating a sea change, he's working on dn Design for the Real China, a design competition that addresses the "imbalance in the understanding of 'design' in China—amongst students, amongst consumers, amongst designers."

With dn - Design for the Real China, I was anxious that we didn't simply reproduce familiar modes of design competition. Many of these (you know who you are) appear to place image, styling and presentation over content and do not insist on development, prototyping or testing. Many also seem to favour slick exterior computer visuals and don't require any level of depth. Some (again, you know who you are) seem to exist solely as commercial entities to extract money out of students and young designers, first for entering, then for publishing, then for attending awards ceremonies, then for receiving an award.

Design for the Real China is unique on several levels:

Emphasizing the explanation of the problem being addressed. Competitions that provide briefs are often so limited and so full of assumptions that we wanted to remove that element. Therefore there is no brief, but participants are asked to explain the problem they are tackling. The problem is often as interesting as the solution...

Removing the influence of judges. They often have their own agenda, so the judging is by popular online vote.

Creating a new kind of incentive structure. The categories are not linked to traditional divisions of design activity—graphic design, product design, textiles, fashion, furniture, etc.—but are decided according to the number of people affected by the design.

This is potentially the most confusing part. Since we ask that all entries are prototyped and tested in some way, the category is linked to the number of people who have been affected so far. Therefore, a product that is on the market and has sold well may have affected 10,000 or more people. A prototype that you have shared with your classmates and friends might have affected 50 people. Something that you made for a relative to solve a particular problem might have affected just one person. The prize money is allocated in inverse proportion to this category. i.e. if the design has affected many people, the prize money is low.This structure allows us to support emerging designs by giving money while at the same time recognising designs that are already successful. In this way, we hope to accommodate and attract entries from established manufacturers as well as people working on their own with limited resources.

Besides the cash incentive, winning entries will receive a warm glow, a physical award, be able to cite our endorsement, be featured on the website, be featured during Salone del Mobile in Milan and Beijing Design Week.

As for the entry itself, we are asking participants to submit a short video explaining both the problem they are addressing and their solution. While this may not be available to everyone, we hope that it extends entry to those outside of the design mainstream.

I would like to take this chance to encourage any readers of Core77 to spread the word and enter if you have something you think might be suitable. Entry is not limited to unpublished ideas or unproduced ideas. Do not worry if your video skills are not professional, or even if your prototype is not the most beautiful—you can see some examples already on our site, DesignfortheRealChina.com.

Entry is open until the end of October.

Hughes would be happy to respond to questions and comments on our forums, from which this call for entries was adapted.