What You Didn't Know About Dirigibles 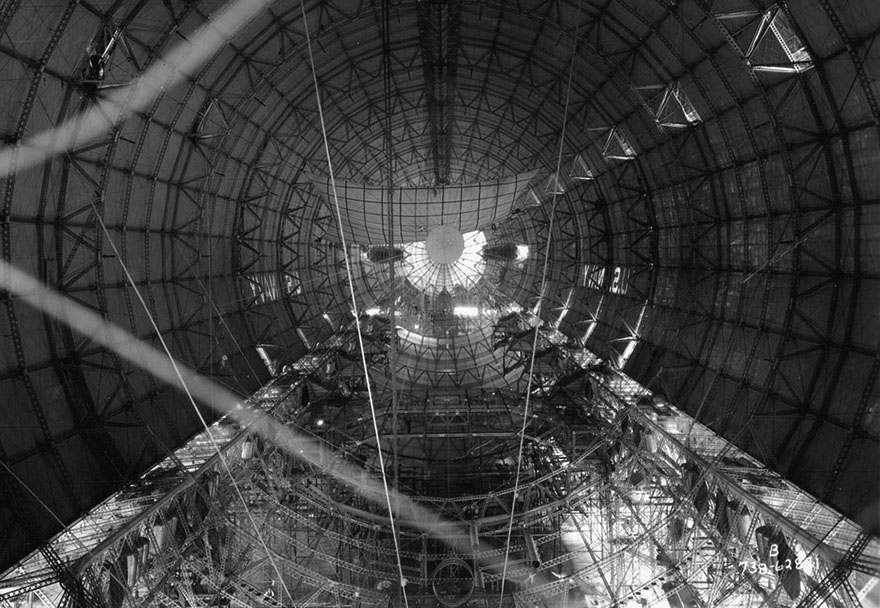 Say the words "blimp," "dirigible" or "zeppelin" to most folk and they get an instant image of either the Hindenburg or Jimmy Page. While Germany's famously combustible blimp is the enduring picture in most peoples' minds, The Atlantic recently scoured a host of photography archives to compile some stunning shots. A mere excerpt of these visuals will teach you at least one or two things you didn't know about blimps. For instance:

There were nose-based blimp-to-building docking solutions. Here's a shot of British politicians, sometime in the 1920s, boarding a flight out of Cardington, England. I always thought blimps docked only via the undercarriage, which proves I am dirignorant. 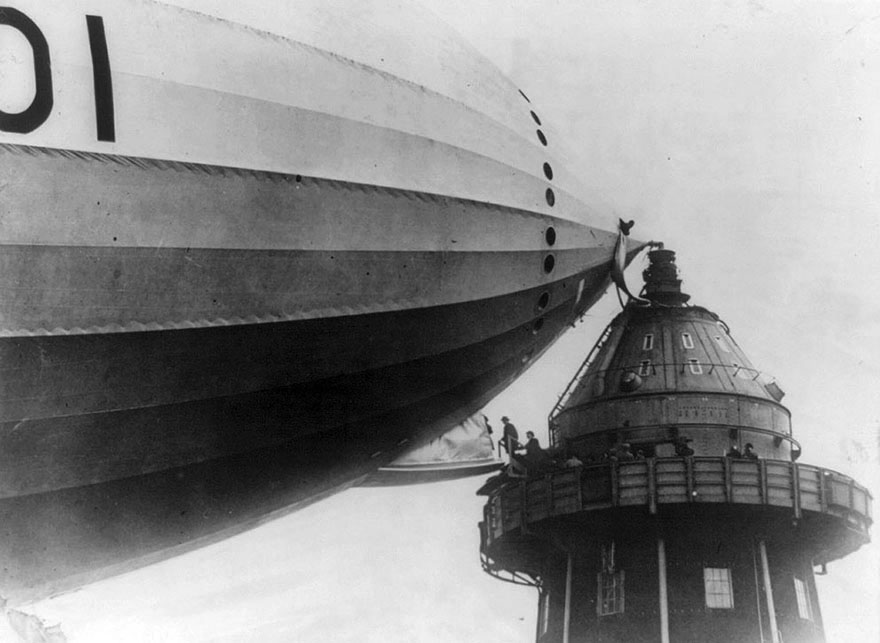 There were experimental aircraft carrier blimps. Here was see a British Royal Navy airship in 1926 and its attendant biplanes that could be deployed mid-air. Below that, a shot of a U.S. Navy blimp doing their own flight test of a similar arrangement. 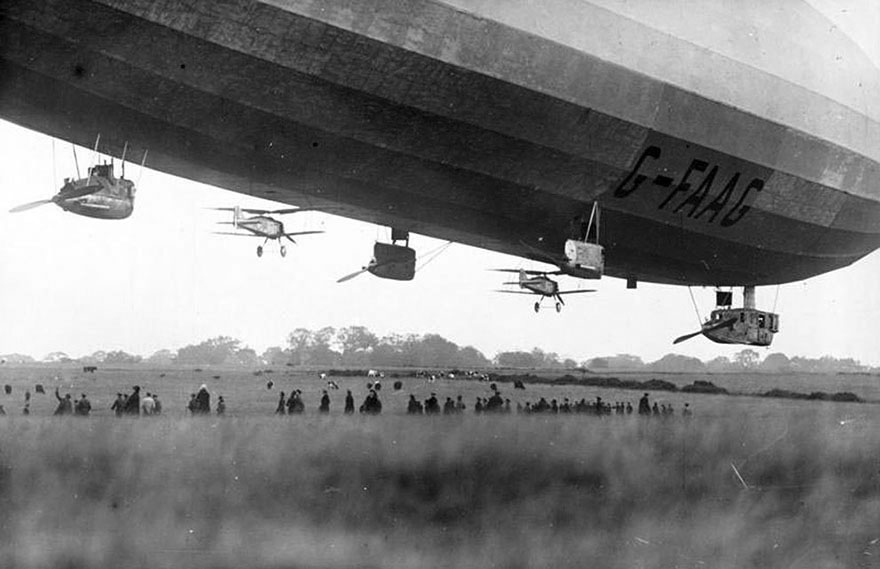 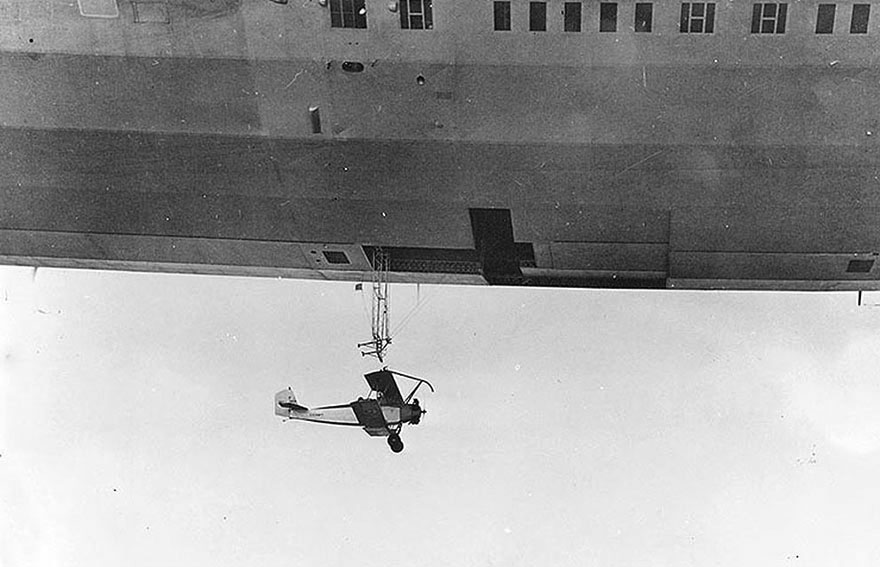 More could go wrong with early blimps than mere explosions. This photo from 1926 shows a 700-foot Navy dirigible, upended and sent completely vertical by turbulence. The crew of 25 reportedly sustained no serious injuries, but I guarantee you at least three of the 25 pee'd their pants. 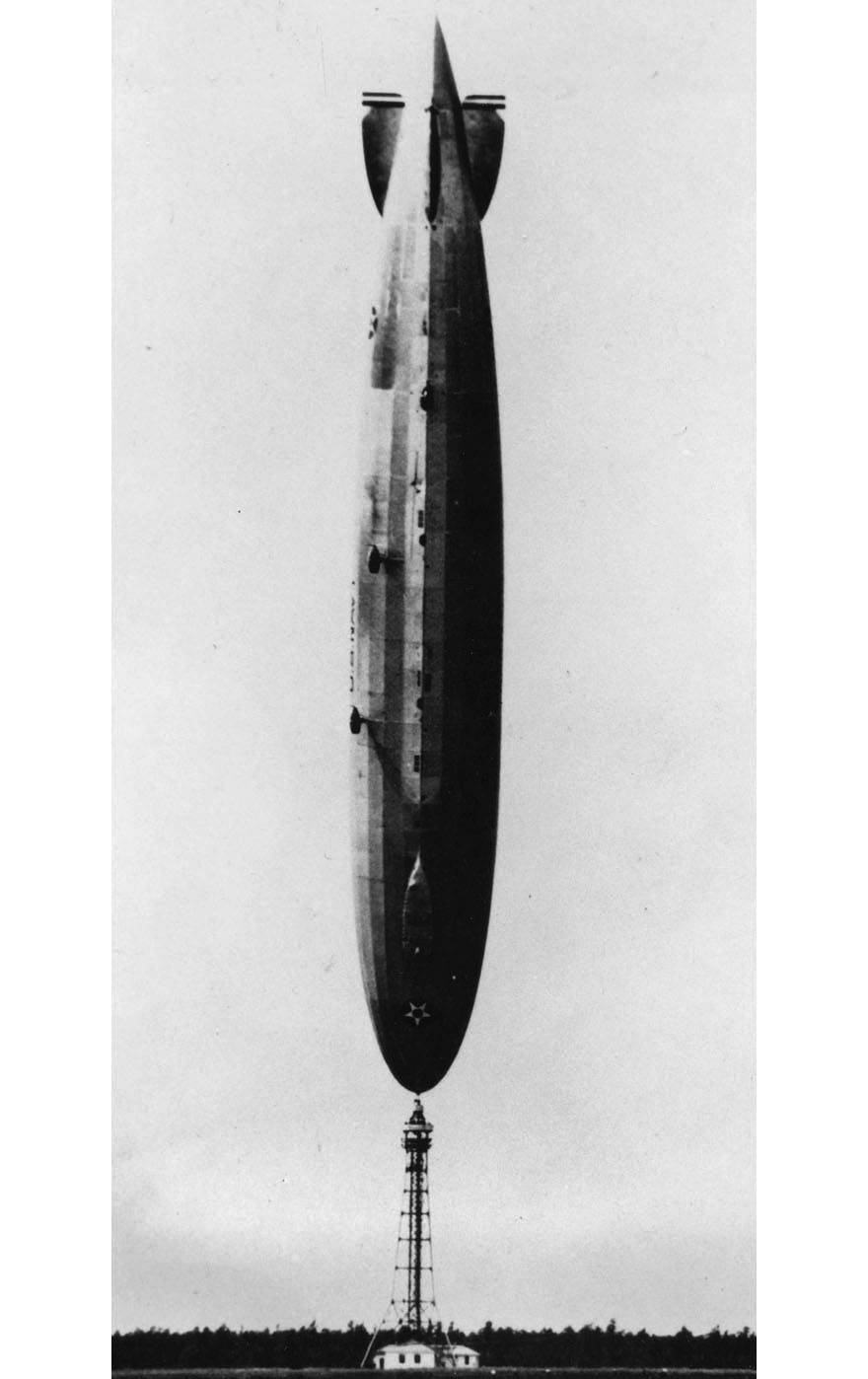 The Hindenburg flew a Swastika on U.S. soil. Sure it was 1936, before Americans had a grasp of what the Nazi party was, but it is still shocking to see a Swastika-bedecked blimp docking at a U.S. Navy hangar in New Jersey, and flying over Manhattan a year later. 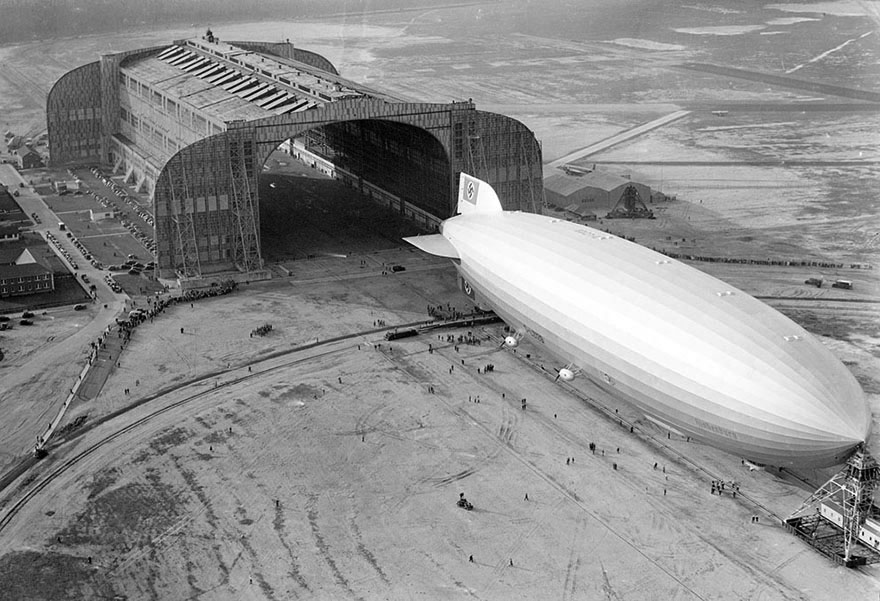 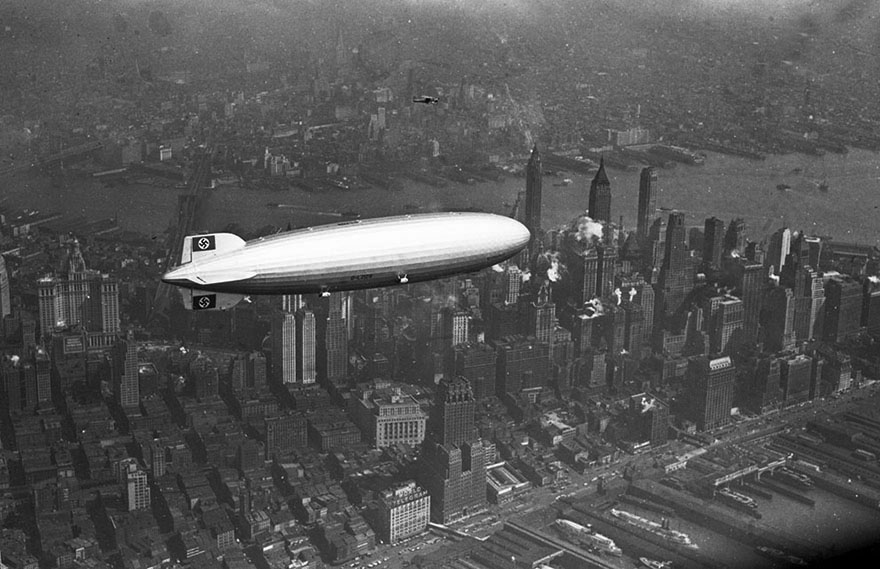 Blimps could dock with ships. Year unknown, but here we see the USS Los Angeles docked with the USS Patoka. 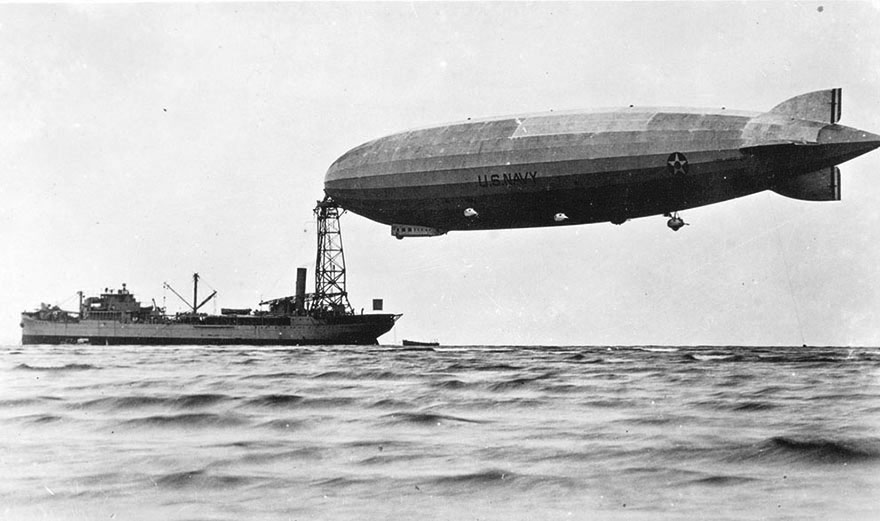 Blimps were used on anti-submarine duty. Here was see a Transatlantic convoy circa 1943, when the Nazis prowled the ocean; the U.S. Navy blimp's duty is to watch for wolfpacks. It's strange to think of these two similar form factors, one hovering above the waves, one hovering below. 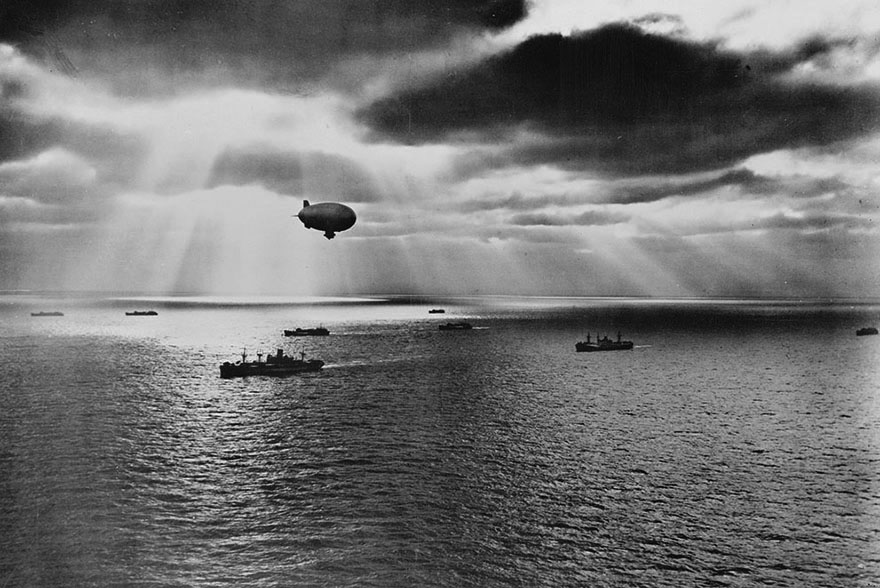 Below we see a Norwegian blimp circa 1926. (Judging by the amount of cables hanging off of the thing, it had some type of laundry-drying functionality.) Below that is a much earlier French dirigible from 1907, with a rather unusual shape and some type of fairing along the bottom. The one beneath that, of a French blimp a year later, has funky-looking experimental bulbs on the tail intended to add stability. (They were ultimately discarded due to drag.) 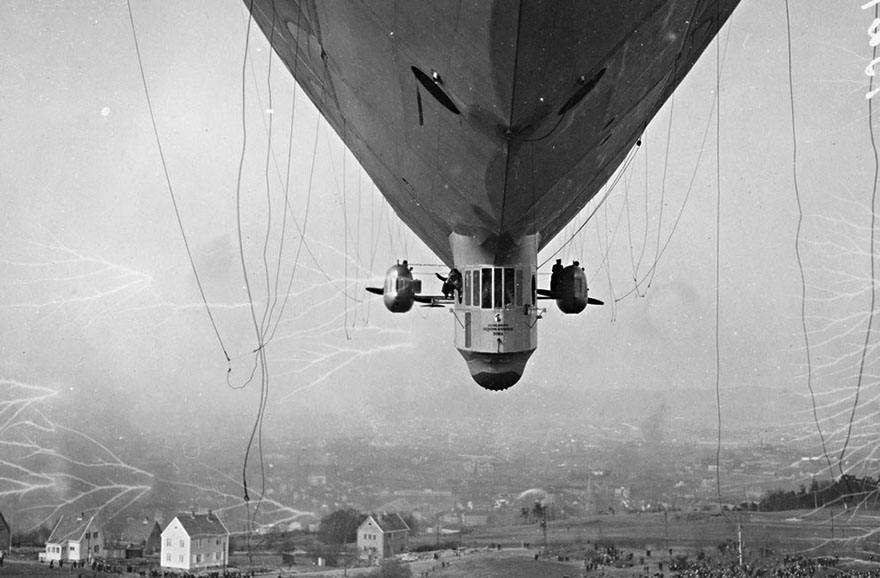 Image via National Library of Norway 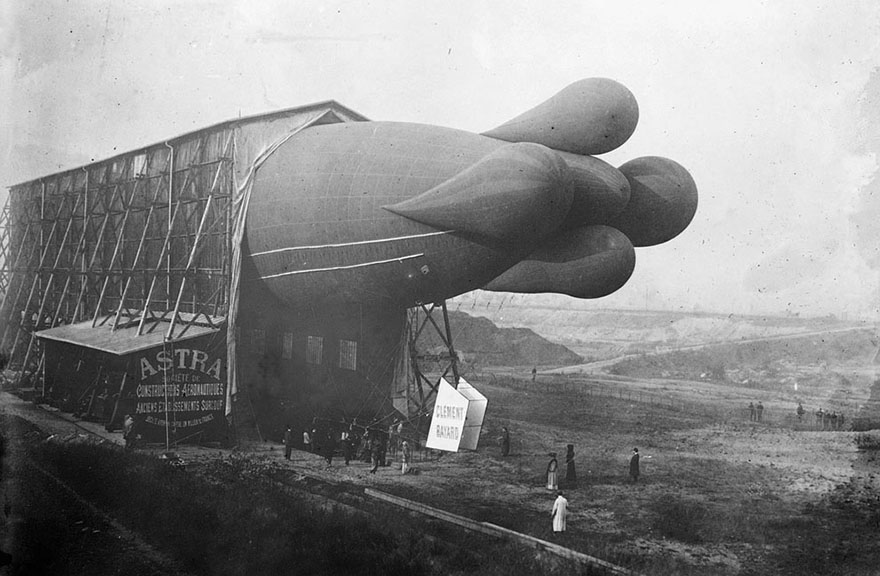 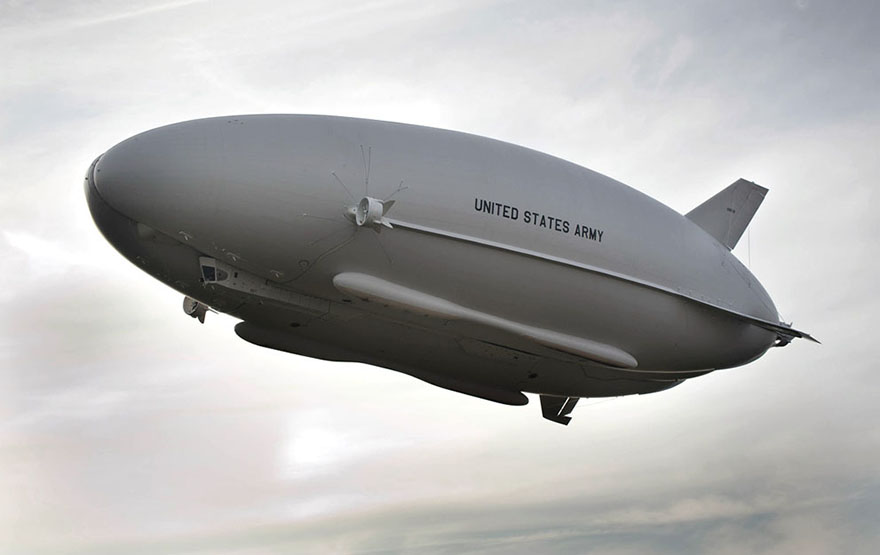 But the latest airship that hasn't been admitted to exist is decidedly cooler-looking. 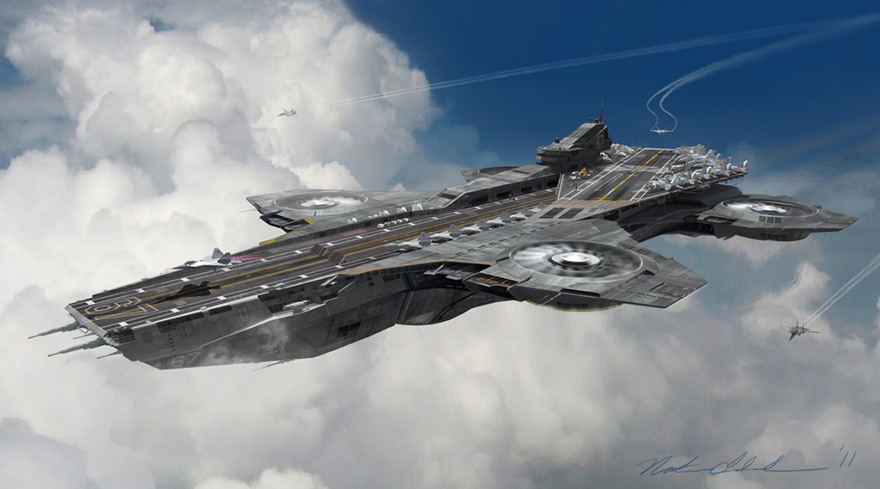