Between the Copenhagen Wheel and the FlyKly Smart Wheel, Powered Bicycle Wheels are On the Way 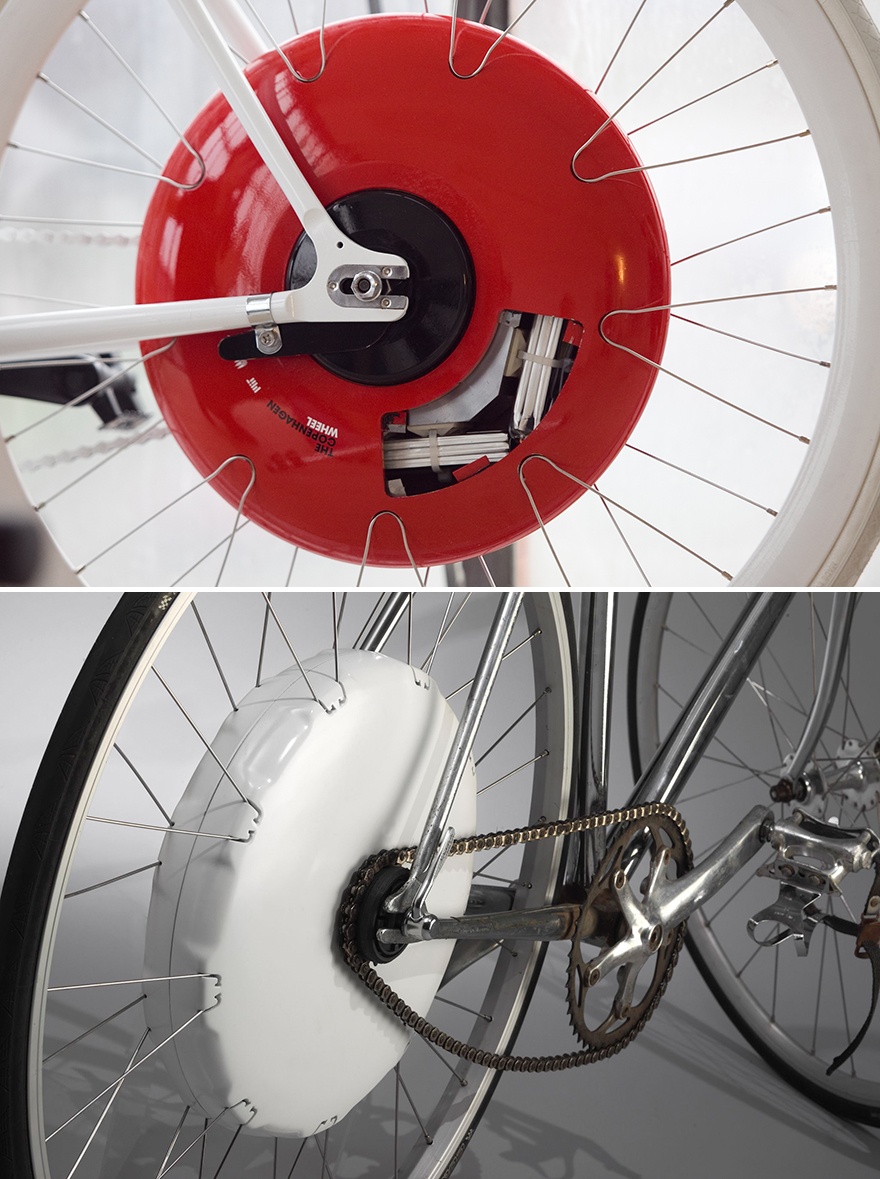 We first looked at the Copenhagen Wheel, a powered bicycle wheel with a self-contained motor and batteries, when it won the James Dyson Award back in 2010. It was developed by a team of students at MIT's SENSEable City Lab, a sort of combination think-tank/skunkworks dedicated to solving urban issues.

A year later, in 2011, NYC-based entrepreneur Niko Klansek introduced a line of electric bicycles called FlyKly to the U.S. market. By 2013 he'd gathered a development team that produced a prototype of a self-powered bike wheel that appears very similar to the Copenhagen Wheel.

It's not clear if Klansek had been developing his idea with parallel timing to the Copenhagen Wheel, or if there was team overlap, or if something less pleasing was afoot; since we don't have the facts we must give him the benefit of the doubt. But what isn't in doubt is that self-powered bicycle wheels are coming. Just yesterday Superpedestrian, a Boston-based company founded by MIT SENSEable City Laboratory Associate Director Assaf Biderman (part of the original Copenhagen Wheel crew), announced they'd landed $2.1 million in funding to commercialize the Copenhagen Wheel. "We're now less than 60 days away from introducing the first-ever commercial model of the Copenhagen Wheel," Biderman reports.

Meanwhile, Klansek's FlyKly launched a Kickstarter campaign just last week for their FlyKly Smart Wheel. It was a resounding success, hitting their $100,000 target in a mere 48 hours; at press time it was currently up to 166 large, and there's still over a month left to pledge.

Both products look and apparently perform nearly identically, both have smartphone connectivity, and both will be launching later this year. If anyone on either product's development team is reading this, and can speak to the similarities, please do sound off in the comments.