All Hail Dithyrambalina: The Little Musician Shantytown That Could 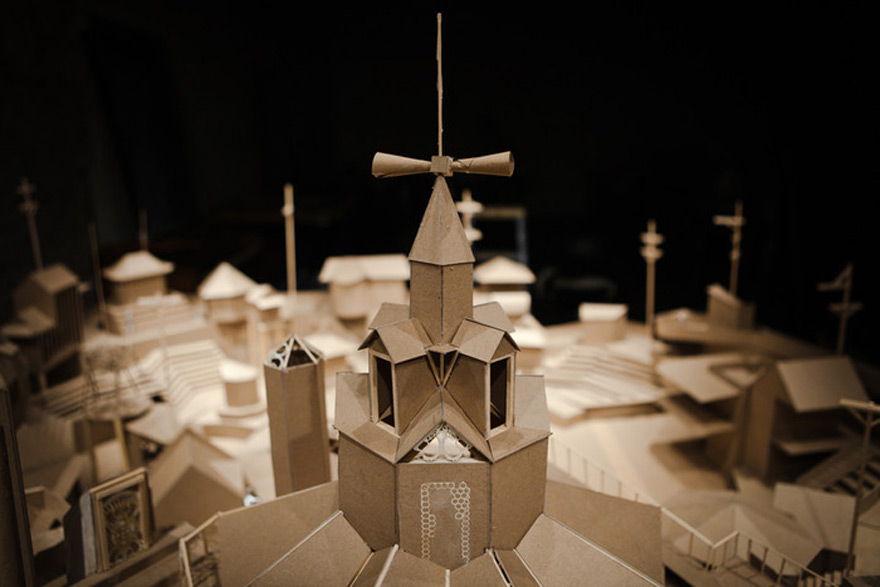 The plans for Dithyrambalina orbit Swoon's original structure and take architectural notes from New Orleans' history, pictured front and center in this photo.

Two years ago, we wrote about street artist Swoon's plans to collaborate with the New Orleans Airlift to create a music laboratory called "The Music Box"—a musical shantytown, where everything in the structures could be played like an instrument. The New Orleans Airlift had come into possession of an old 18th century Creole home that had collapsed due to aging. Swoon worked with the group to create a plan to give the structure new life as a musical laboratory. And it was wildly successful.

Over 15,000 people visited The Music Box and 70 musicians played concerts in the temporary exhibit. As Swoon dreamed, plans for a permanent music laboratory were put into place. But instead of a single structure, it was decided that an entire sonic village centered around Swoon's original musical house building plan would be created. 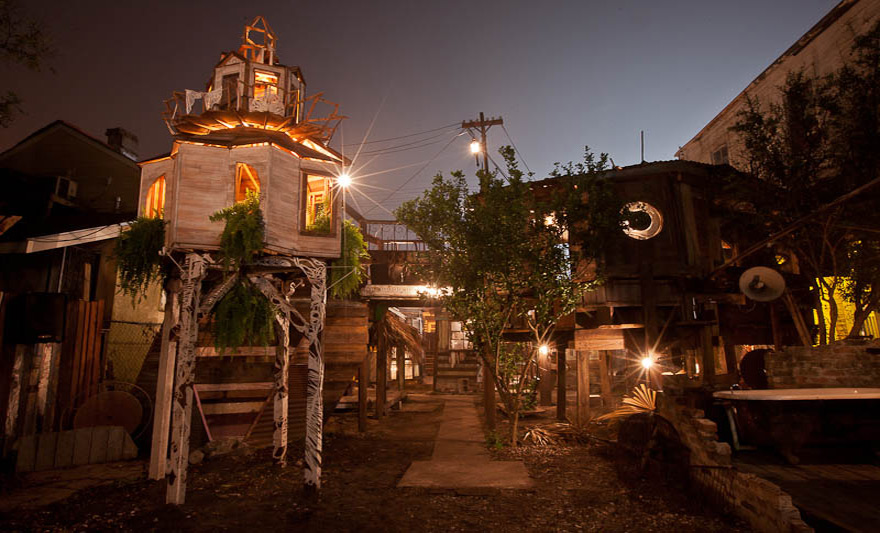 The building on the left is an early model of Swoon's musical house in The Music Box. 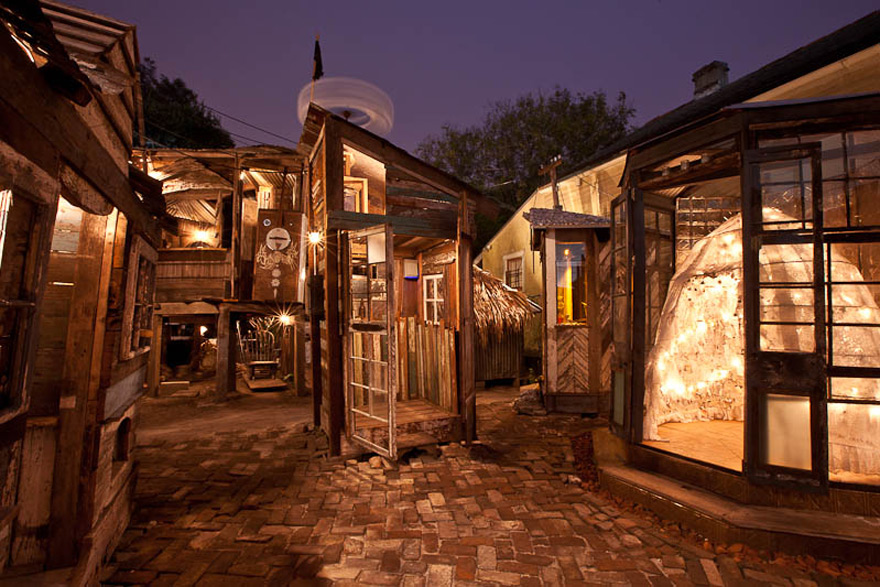 All of the structures in The Music Box have some sort of musical element.

Enter Dithyrambalina, a Kickstarter campaign that may seem a little too "hippie" for your tastes at first glance. The goal is to create a permanent village built by musicians for musicians. The plan is to place the permanent village in New Orleans, but for now Dithyrambalina will take to the roads as a traveling act in an attempt to raise money for the ever-evolving project. The musical buildings will start popping up in May 2014 and—if the Kickstarter campaign is successful—five structures will be built by next fall.

The likes of Andrew W.K. and Sonic Youth's Thurston Moore were among the 70+ musicians who performed at the 150-year-old-house-gone-sonic-playground was around, when the makeshift venue hosted more than 15,000 people came to take part in the interactive elements of the exhibit and attend the concerts. With only a few days left on their Kickstarter campaign as of press time, the group is still $20,000 shy of their funding goal.

While the namesake might be a bit Burning Man-esque to me—'dithyramb' means "Chant of wild and abandoned nature sung by the cult of Dionysus to bring forth their god"—their mission to create an area where all kinds of music is explored and played can only mean good things.

All Hail Dithyrambalina: The Little Musician Shantytown That Could