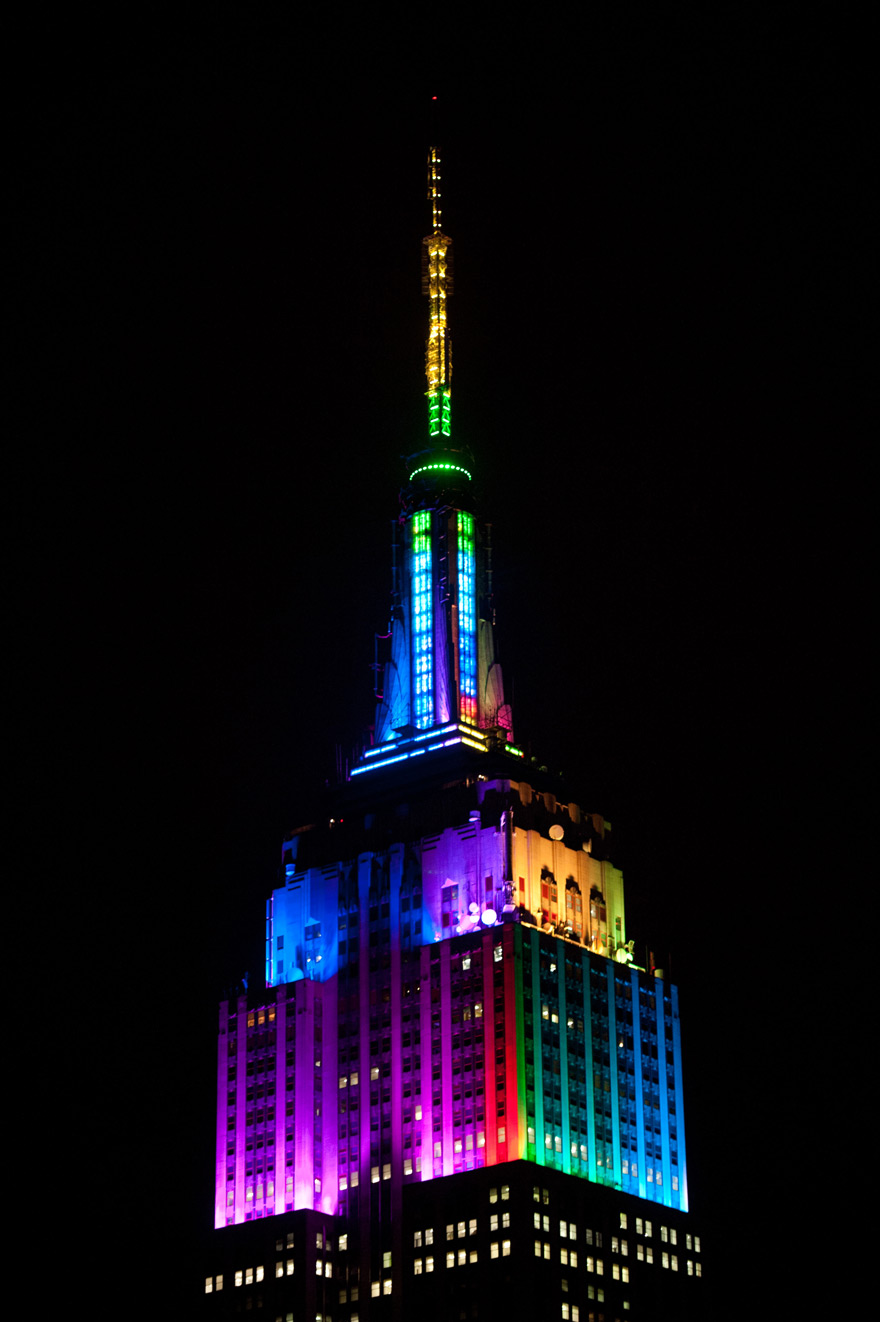 The lights on the Empire State Building are among those magical aspects of the city that New Yorkers take for granted—we don't really care what color they are, as long we can orient ourselves to the unmistakable beacon of Manhattan from whatever vantage point we're at. For what its worth, the colors change like the weather: for holidays, of course, from Independence Day to World Diabetes Day (today); sporting events such as the marathon on Sunday; and enough other special events that more often than not, the lights symbolize something—the full schedule is available online. 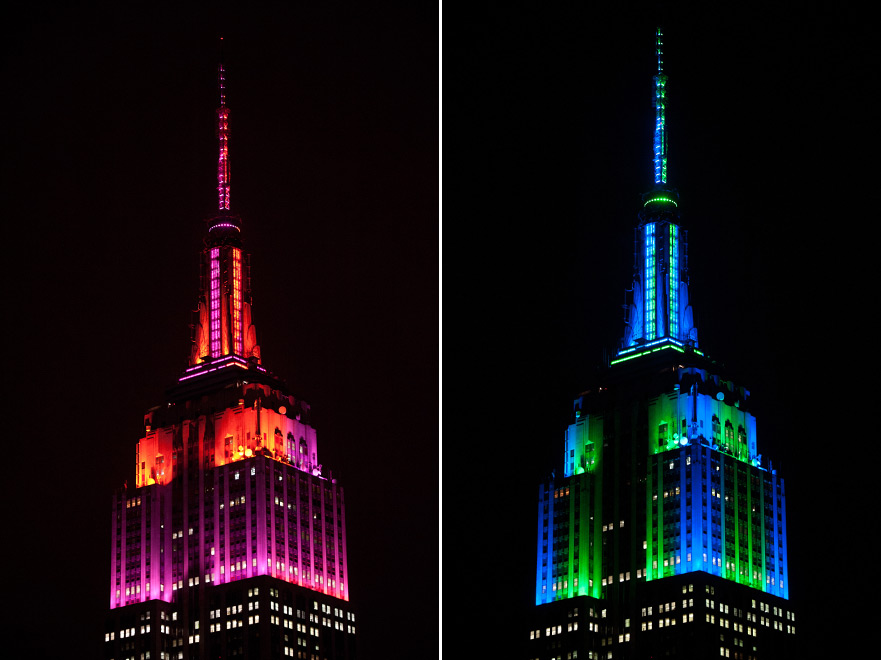 A very brief history of the lights: The very first lights on the tower were installed in 1956, 25 years after the Empire State Building was completed; these four beacons were replaced by floodlights in 1964 to illuminate the building for the World's Fair, and colored lights came in 1976, presumably for America's bicentennial. The ESB upgraded from metal halide lamps to custom LEDs designed by Philips Color Kinetics (PCK):

This system, which is unique to ESB, allows customized light capabilities from a palette of over 16 million colors in limitless combinations along with effects previously not possible such as ripples, cross-fades, sparkles, chasers, sweeps, strobes and bursts. In addition to greater control and management of the lighting, the new computerized system delivers superior light and vibrancy levels in real-time, unlike the previous floodlights. 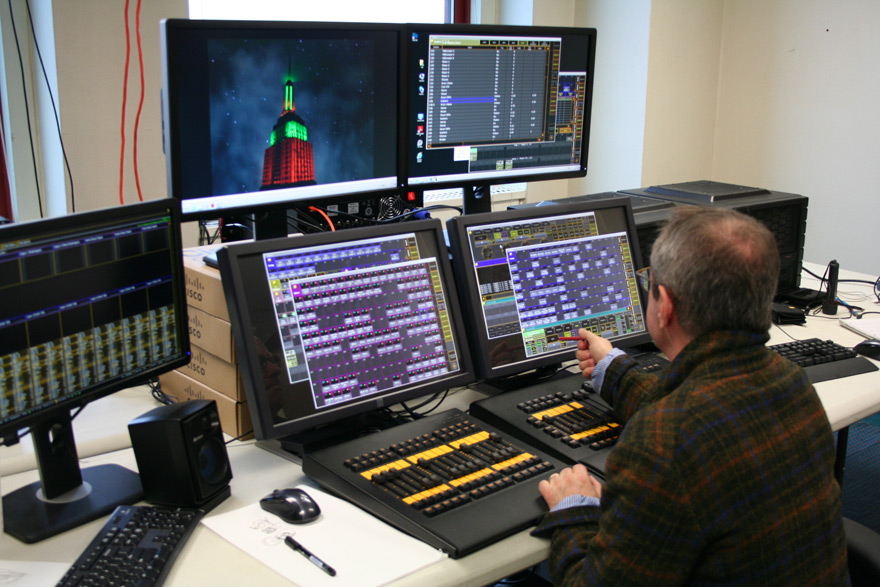 Halloween marked the occasion for the addition of LEDs to the antenna, as well as a first-ever LED Halloween light show by Marc Brickman, pictured at the controls above. Those of us who have been to major cities in Asia are likely familiar with the* love of incandescent architectural spectacle, but it's always a nice treat for New Yorkers—after all, the Empire State Building remains the cynosure of our lovely skyline and I must say, aerial footage always gets to me. Check it out:

The music selection is a little cheesy, but isn't that what the holidays are all about?