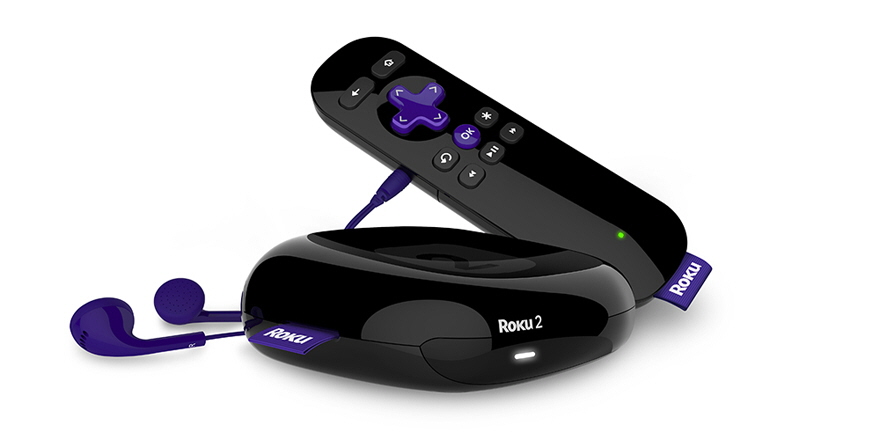 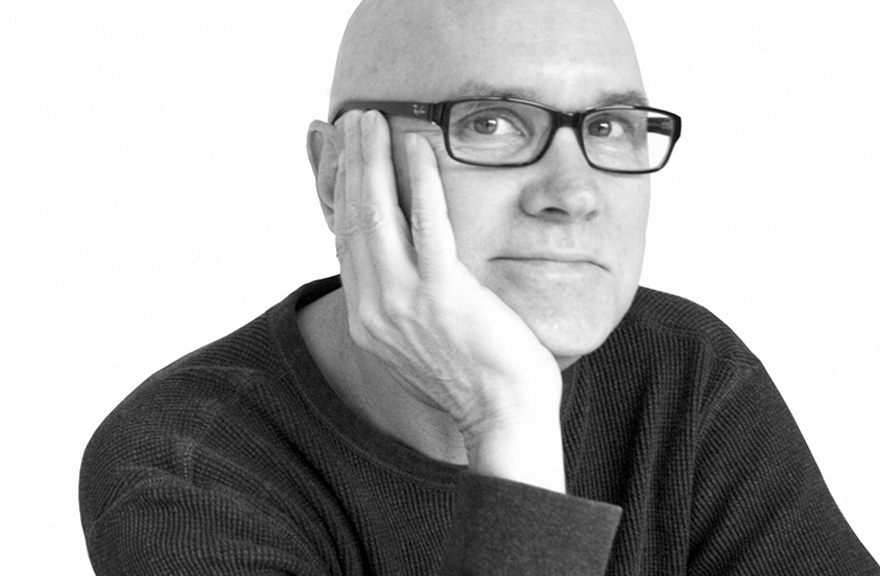 This is the latest installment of our Core77 Questionnaire. Previously, we talked to Benjamin Hubert.

Current projects: At the moment, we have some connected devices, robots and housewares. Since this is Silicon Valley, I can't say anything more about them than that.

Mission: My personal mission is to be the best designer I can be. 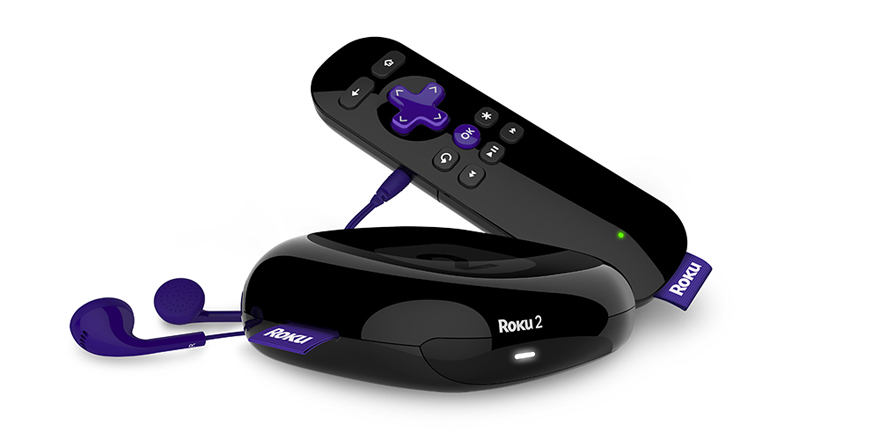 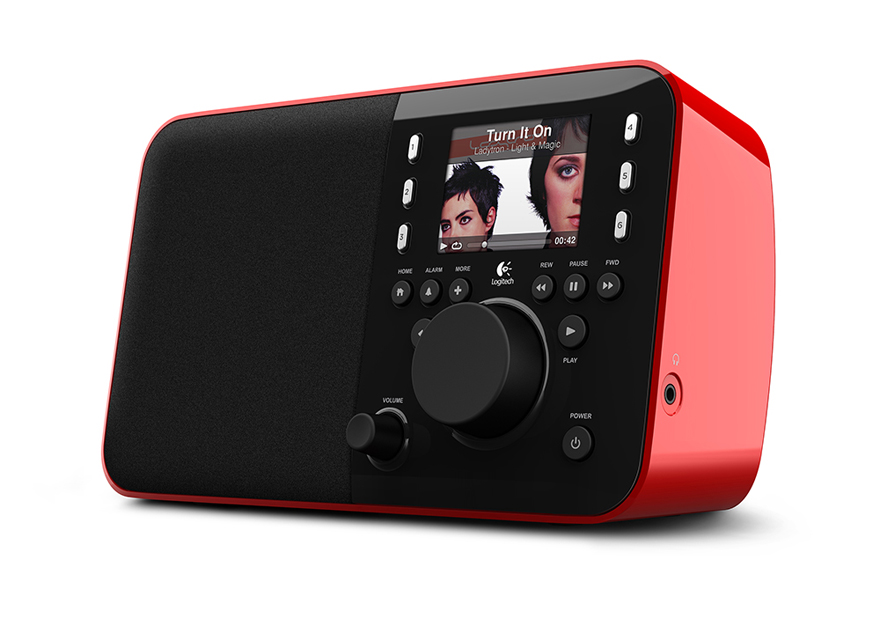 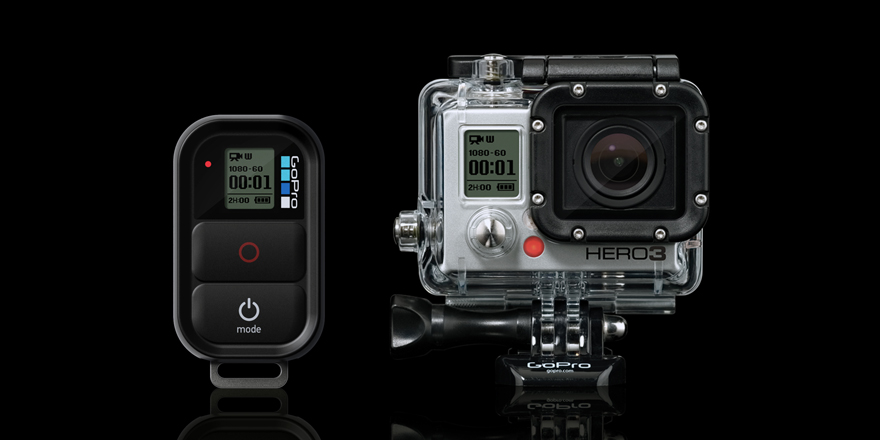 When did you decide that you wanted to be a designer? I was a freshman premed student at Carnegie Mellon University when I discovered the school of design there. I didn't know the profession existed, but I had been creating things since I was old enough to hold a tool. Once I found out that there was this thing called design, I transferred into the design school as soon as I could, and I've never looked back.

Education: I did the Bachelor of Fine Arts in industrial design at Carnegie Mellon. Then I worked for three years, and during that time I came to the conclusion that I could be a much better, more effective designer if I had some engineering chops. So I went back to school at Stanford and did the M.S. in product design engineering.

Who is your design hero? Well, I have a lot of them. But I would say that Isamu Noguchi holds a particular fascination for me. I really enjoy the quality of his work and his sense of craft. 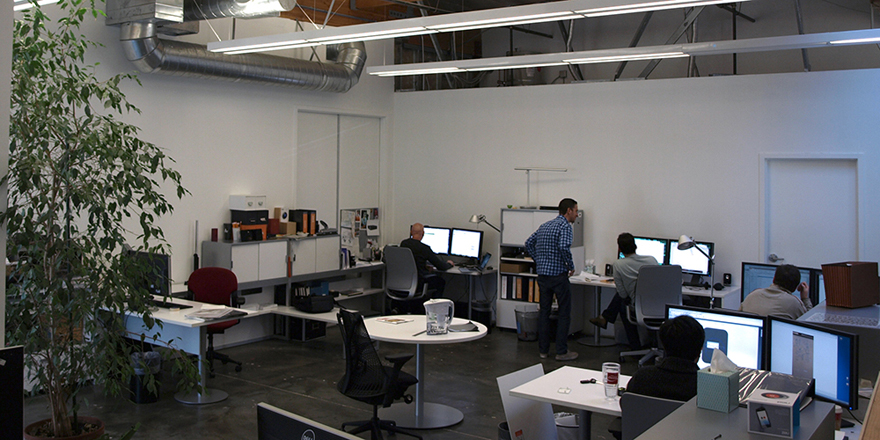 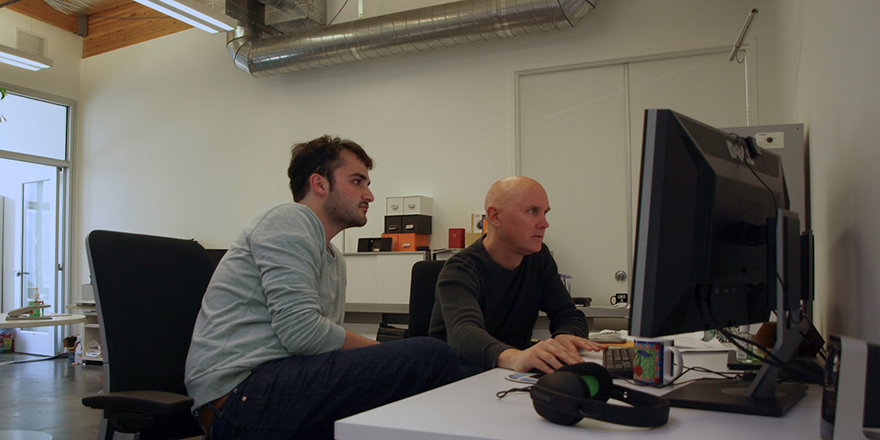 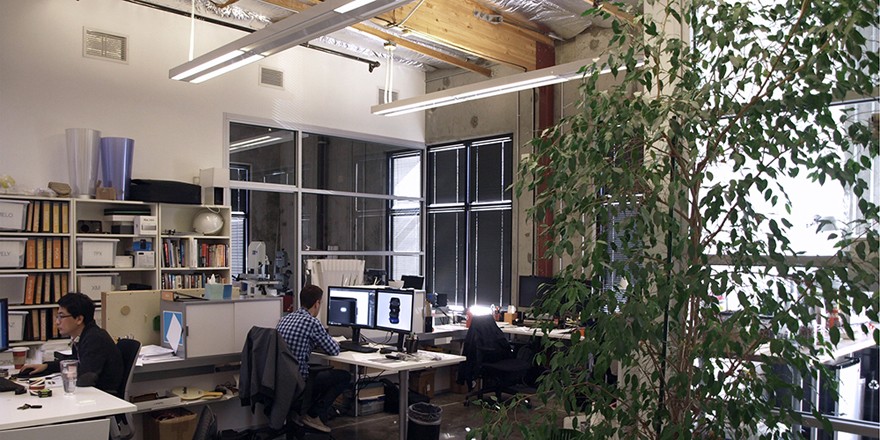 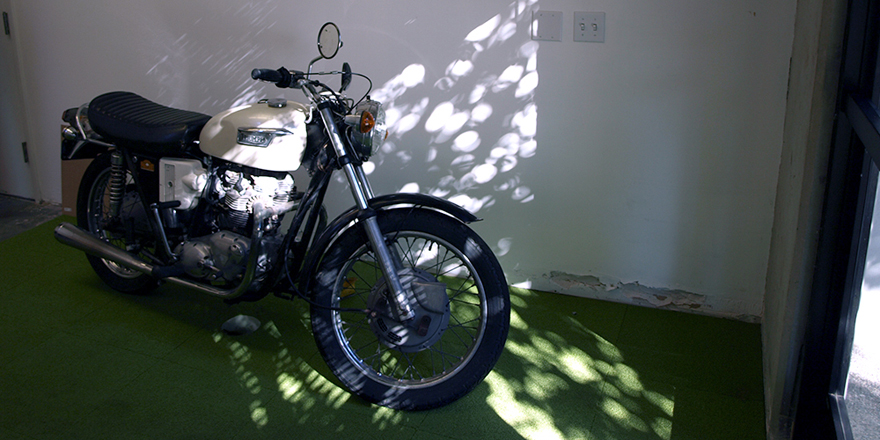 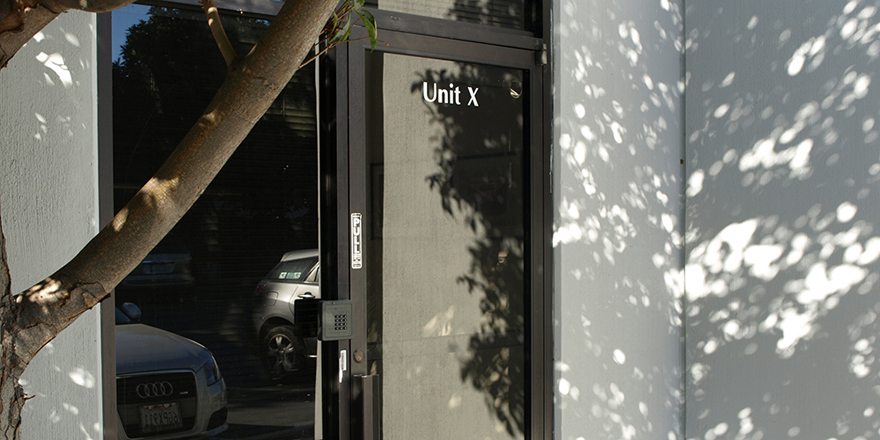 Describe your workspace: We are in a warehouse space in Silicon Valley. It's a nondescript building; there's no sign on the door. Our neighbors are made up of various auto-body shops and burrito joints. We have a concrete floor and a 20-foot ceiling. We have a conference room, a kitchen area and a small workshop. We have a Turnstone desk system and we're close enough together that we can easily discuss things, but far enough apart that we can focus on our work when we need to. Everybody has the same kind of workspace and computer setup; it's all very egalitarian. It's also pretty minimal and visually spare. It's around 1,700 square feet total, and there are seven of us, including myself.

Other than the computer, what is your most important tool? My pens. I'm a huge believer in sketching for generating ideas and communicating.

What is the best part of your job? The best part is constantly learning new things. Pretty much on an everyday basis, something new pops up, and I think that's definitely the fun part. 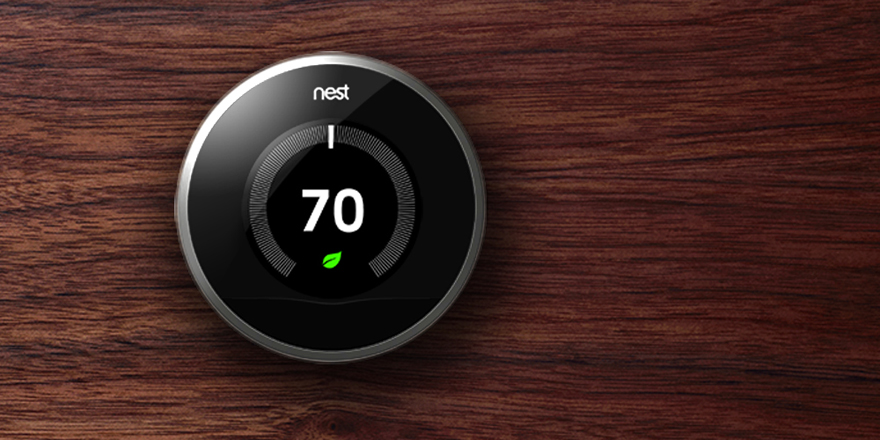 The Nest Learning Thermostat learns your schedule and programs itself. 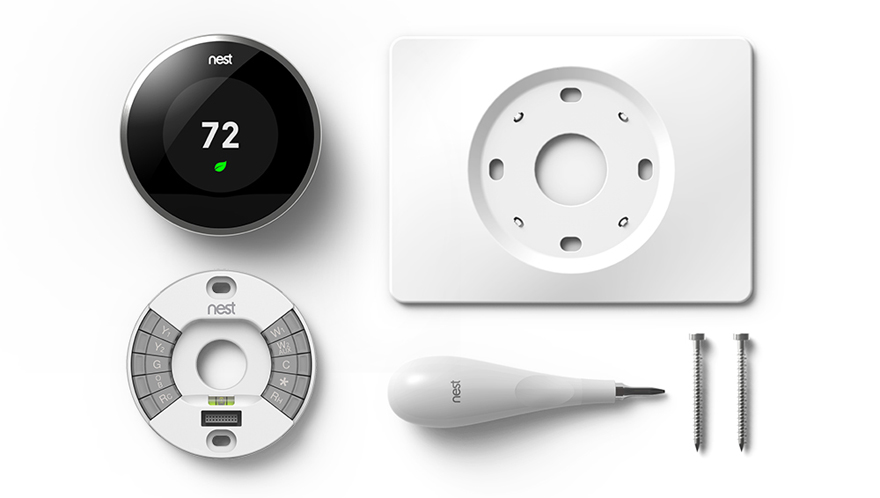 How do you procrastinate? Oh, that's easy: I make coffee. It's productive, because I need coffee, but it's also a great distraction. You go in there and you start scooping the coffee and you get the filter out and you get the water and so on. While you're doing it, you're thinking about other things. It's a good way to break off from whatever I happen to be doing and kill two birds with one stone. I probably drink about six cups of coffee a day, but I drink it from a really big cup, so I only drink three of those.

What is your favorite productivity tip or trick? This one might seem kind of obvious, but make sure you know what problem you are trying to solve. Sometimes I sit there working, and it occurs to me that I really need to define what exactly it is that I'm trying to do. Once I've done that, things tend to fall into place.

What is the most important quality in a designer? Discernment

What is the most widespread misunderstanding about design or designers? For design, the biggest misunderstanding comes from where it begins and where it ends. I think that every designer has their own idea of where that continuum lies. For some people, it's somewhat superficial. For others, it's very deep and intrinsic. The misunderstanding that I run into is when people think it's more superficial. 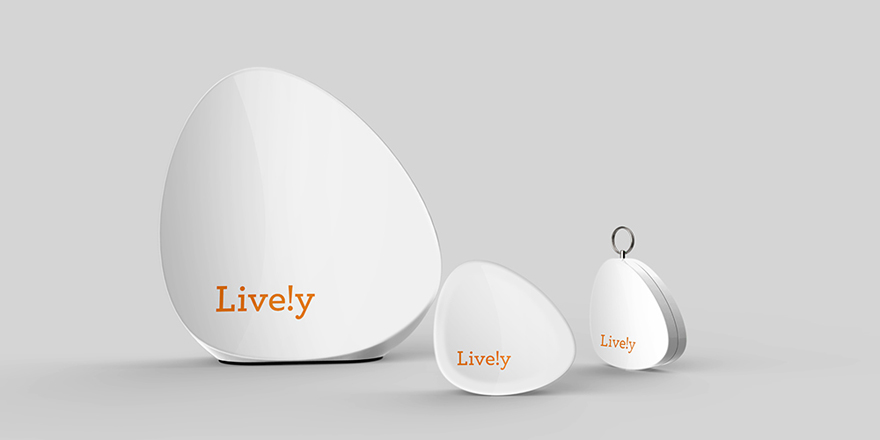 Lively sensors gather and share information about older adults' activity in the home. 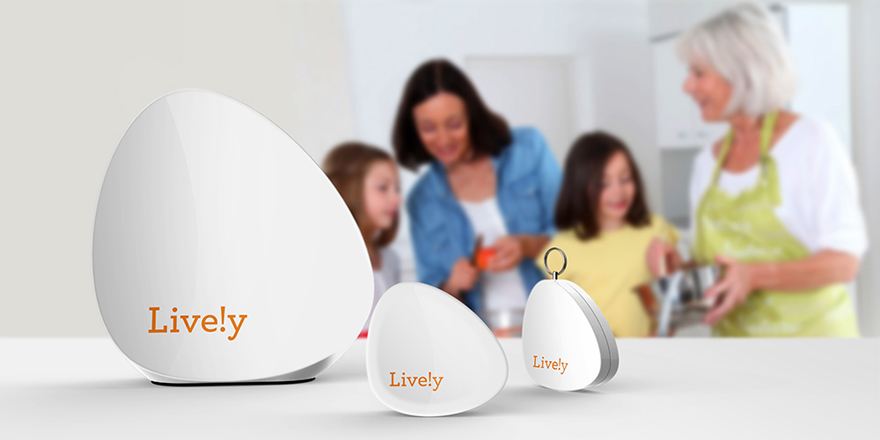 What is your most prized design possession? I have a set of compasses that my father used when he was an apprentice tool designer in England in the 1940s. It has a little case, and there are a few compasses with pencil leads in them and a few that have ruling pens on the tips. And then it has some thumbtack-type things for holding the vellum onto the ends of the drawing board.

What is exciting you in design right now? I don't think that there has been a better time to be a designer than right now. It may be better in the future, but right now we have the most amazing tools, technology and opportunities so far, without a doubt.

If you could redesign anything, what would you choose? I think one thing that would be really cool to do is the public transportation on the San Francisco Penninsula. There are so many opportunities to make it wonderful; it's such a beautiful piece of land, and the transport that goes up and down the Peninsula could really take advantage of that. It could be very inspiring and rejuvenating.

What do you hope to be doing in ten years? I hope to be collaborating with interesting companies and really talented designers—pretty much the same as what I'm doing now.