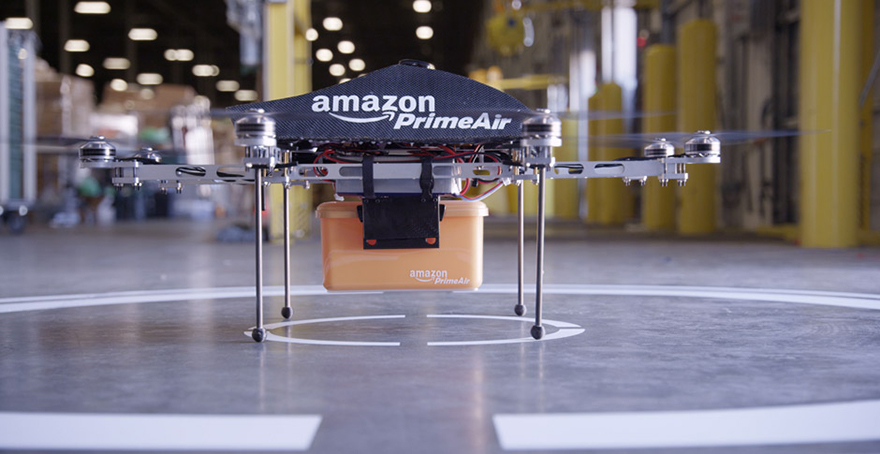 Last night on the American news program 60 Minutes, Amazon skipper Jeff Bezos unveiled the company's plans to have packages delivered not by strapping UPS men, but by autonomous drones that it is impossible for your girlfriend to develop a crush on. It turns out that 86% of Amazon packages are under five pounds, a very do-able payload capacity for our little octo-rotor friends. With well-placed distribution centers, Amazon reckons that "Prime Air Delivery," as they're calling it, will get package delivery times down to just 30 minutes for those living in the right zones. 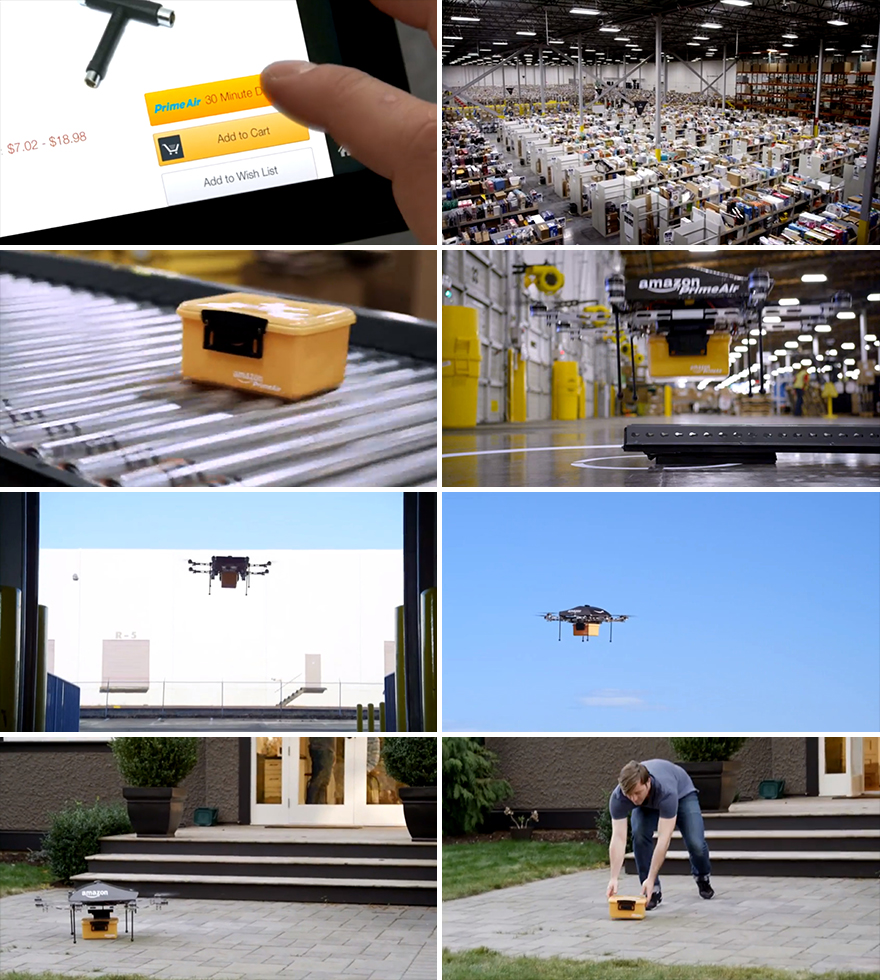 Here's what it would look like in action, using footage purportedly from an actual test flight:

Looks amazing—but will it really happen? The company concedes that "Putting Prime Air into commercial use will take some number of years as we advance technology and wait for the necessary FAA rules and regulations." Bezos forecasts a 2018 rollout. But not all are so optimistic: The UK's The Guardian is skeptical, going so far as to call the plan "hot air and baloney" cunningly timed to boost Cyber Monday shopping excitement, and notes that America's famous love of litigation will provide the largest barrier to uptake:

[Consider] the legal minefield using drones in this way entails... The Federal Aviation Administration (FAA), which regulates this area, intends to make commercial drones legally viable and workable by 2015, but this deadline is all-but impossible: managing the skies with this much low-level traffic is a problem people are nowhere near solving. Opening up crowded urban areas full of terror targets to large numbers of flying platforms is always going to be packed with conflicting interests and difficulties. And all this has come before the first lawsuit caused after someone is injured by a faulty drone [when next door's kid decides to shoot the drone with his BB rifle] crashing down to earth.

As a frequent Amazon customer, I've got my fingers crossed that they'll make Prime Air Delivery happen—even as I realize I'll probably be part of the last group served, as I live in NYC. Delivering to suburban lawns is one thing, but navigating canyons of multistory towers and locating the correct window ledge or fire escape is quite another.

If Amazon does manage to pull it off, here's one of the first packages they ought to deliver, to the offices of The Guardian: