Things That Are Made of Other Things: Zippo Gasolier 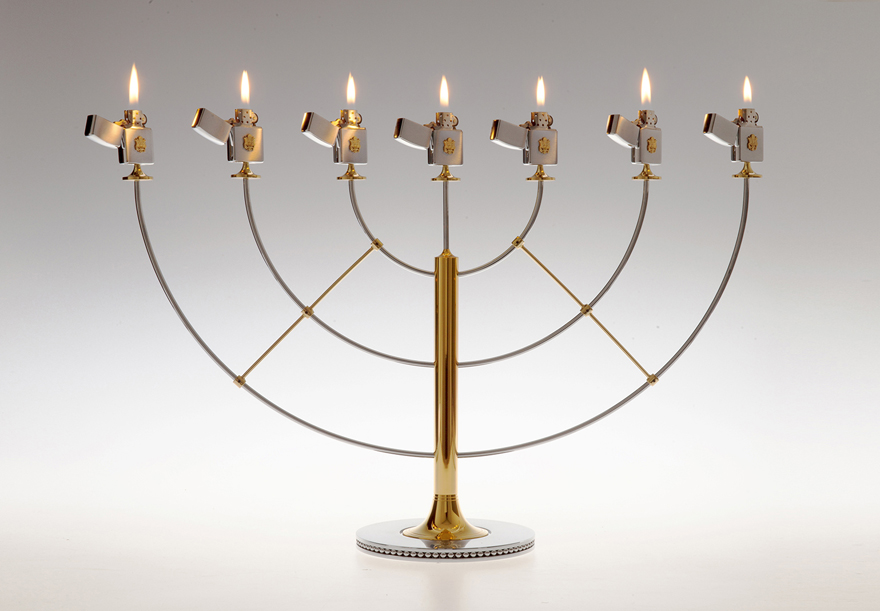 While it might not be in time for this year's festivities, but it's definitely a contender as next year's centerpiece. A candelabra this ornate can hold its own on a table year-round, so don't even bother waiting until the next holiday season. Luka Pirnat, a Slovenia-based industrial designer, has taken the classic Zippo silhouette and incorporated it into a bold metal menorah. 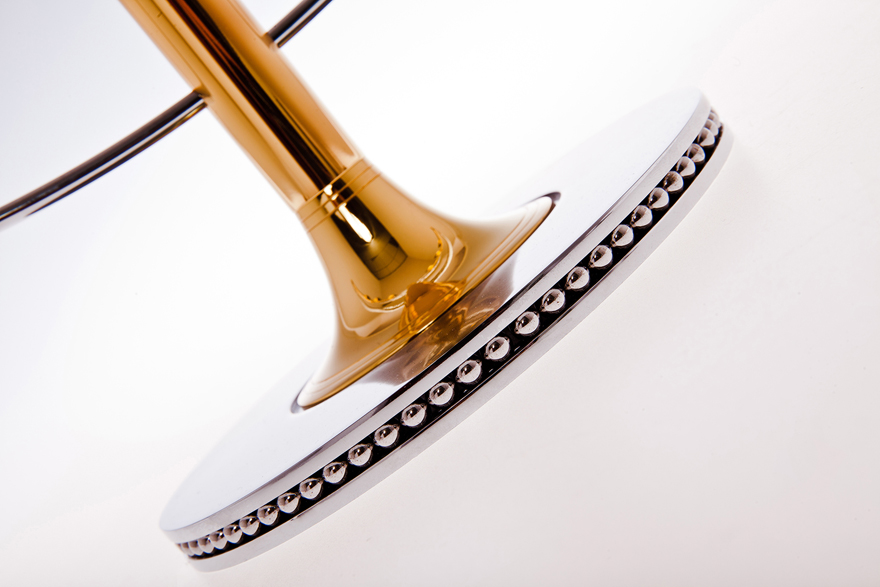 It comes off a bit steam-punkish (and would look right at home at similarly themed coffee joint Truth Coffee), but the gold and silver accents throughout give off quite a bit of "eye candy" appeal that would mix into any home without much effort. But it's the idea of it that's more intriguing that it's decor potential. 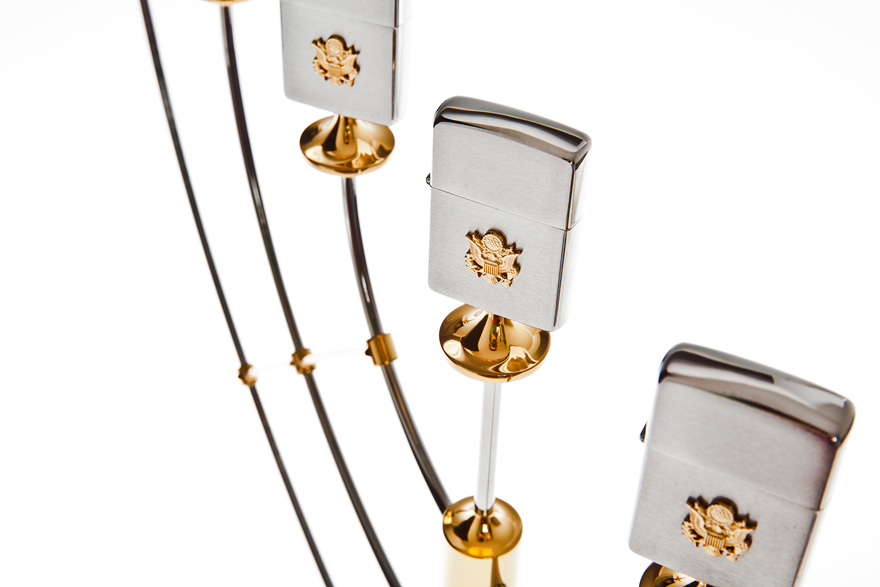 "In the mid 19th century as gas lighting caught on, branched ceiling fixtures called gasoliers (a portmanteau of gas and chandelier) were produced and many candle chandeliers were converted. This is where the idea came from—a set of lighters as a chandelier, a pedestal to the brand and its history. A classic with a twist. Using a typical menorah shape as the basis, the final form took shape and there was light.

Zippo is known for its high quality flames—with a single flip of the cap and a flick of the finger, the lights won't go out with a simple breeze. This gasolier is looking to stand the test of time, just like the lighters it's made of. 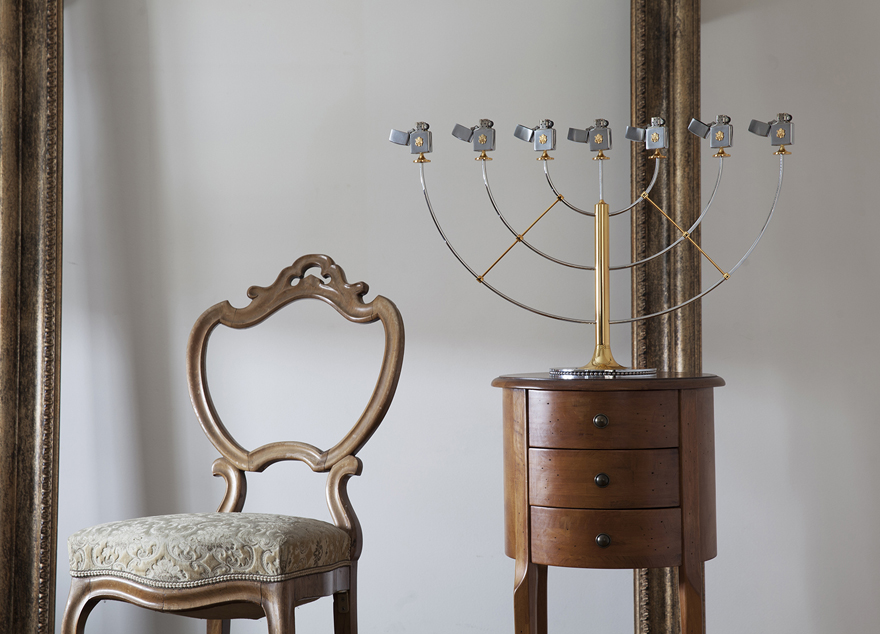