Nano-Generators Harvest Energy from Footsteps, Give New Meaning to Powerwalking 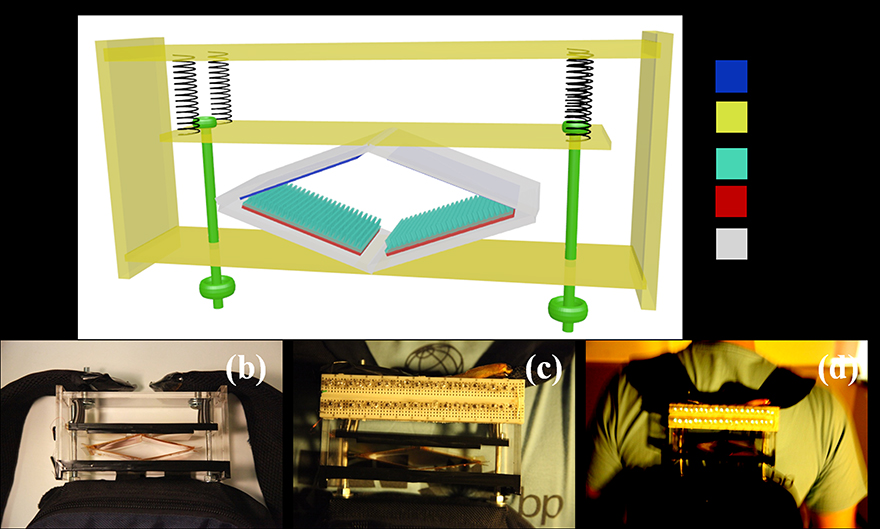 Last month, I attended a dinner party where one of the guests wore his Google Glass at the table and throughout the entire evening. Many of us silently teased him, but wearable computers, a.k.a. wearables, are here to stay. And they are now showing up beyond just the geeky, early adopters.

But the limiting factor with wearables is power. How do we carry long-life batteries that won't break our backs? So far, the options look bleak.

Scientists at Georgia Institute of Technology, however, have landed on a promising solution. We've heard of powering gadgets with our own movement before (think of the bike that powers a headlight) but this solution gives us more for less.

The team was able to capture energy from a new kind of nano-generator backpack that converts one's walking movement into electricity. The contraption is based on something called the triboelectric effect. Simply put, this is the electricity generated when two objects of opposing charge come together and then separate. It's the same principle behind static electricity shocks.Now to make this thing work by integrating it into our footsteps is the neat part. They constructed tiny cards coated in materials with opposing charges (using nano-scale wires) into a rhombus shape—so that it functioned sort of like a collapsible cardboard box. See below: 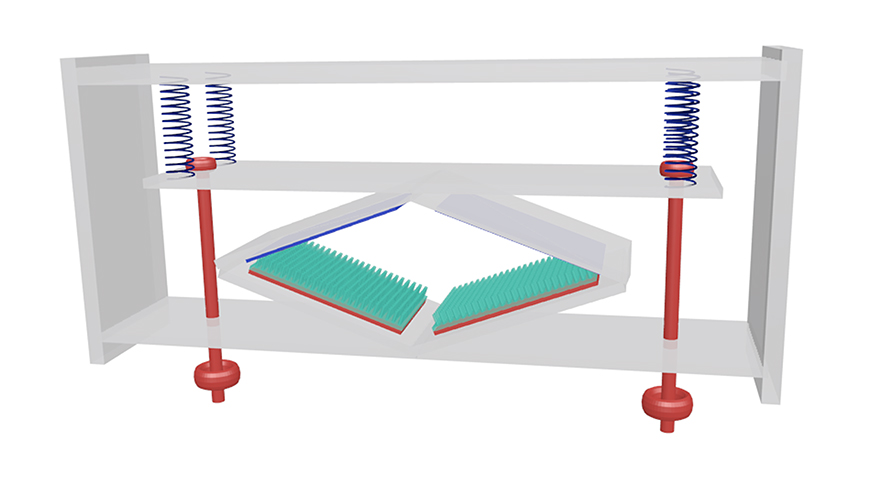 Each step we take causes the box to collapse and then spring back into shape. This action creates a potential difference that then produces a current. The two kilogram backpack can generate over one watt of power while we walk. In another experiment, the backpack was able to power a lithium ion battery.

The researchers intend to embed this nano-generator in phones, sensors and wearables. If it's possible to make the contraption small and even more efficient, this could be a significant step towards solving the challenge of mobile power, and on a global scale our world's growing energy demands.

To hear about more of the team's work at Georgia Tech and how they are working on using motion to power entire cities, check out this video from Reuters (the portable charger bit starts at 2:00 or so, but you'll want to watch the whole thing):

Nano-Generators Harvest Energy from Footsteps, Give New Meaning to Powerwalking