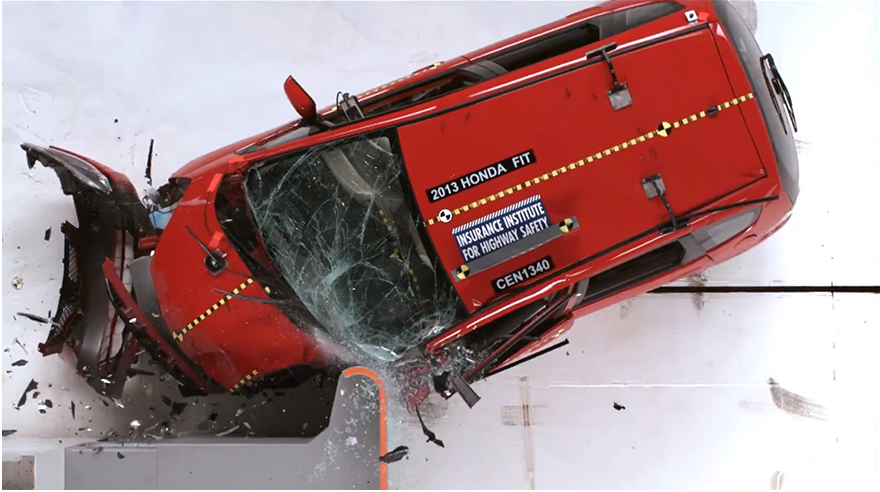 When I was still a motorist, I always owned small cars, and if I were to return to that mode of transportation, I probably will again. Maneuverability in NYC traffic and the all-important parallel-parkability are important to me, as is the fuel economy. But the Insurance Institute for Highway Safety is revealing some ugly facts that I don't want to confront. 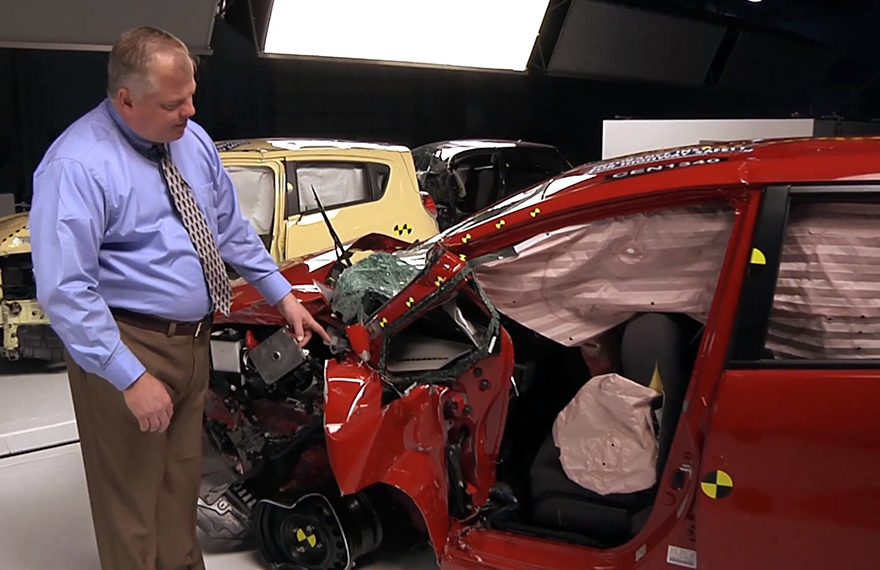 I suppose it's common sense that a smaller car has less mass and oughtn't do as well as a larger car in a crash test, but seeing the actual footage is freaking terrifying. In the overlap crash test, where the barrier is offest and allows force to be concentrated on one corner of the car rather than distributed across the entirety of the front structure, the results look pretty grim:

If you've got a small car and want to see how your specific model did, the IIHS has posted their analysis and safety chart here, and they've broken the videos out individually here. Just be warned that you may not want to watch the latter.