Core77 is very pleased to be a media partner for an event that happens literally once every hundred years: 2014 marks the centennial of the AIGA. Since its founding in 1914, the New York-based professional association has expanded to 67 chapters nationwide, boasting some 25,000 members across various design disciplines.

In keeping with their mission to recognize and advocate for design, the AIGA will be celebrating this momentous occasion with several events this spring, as well as the just-launched 100 Years of Design website. Although it is ostensibly a look back at the past hundred years of design, the online gallery also serves as an extensive standalone survey of design history since 1914. Indeed, the AIGA worked closely with Second Story, a part of SapientNitro, to develop "a dynamic online platform documenting significant design works from the last century that have impacted our collective visual experience."Viewers are encouraged to add their own favorite examples of design history to the initial selection of works, which are drawn primarily from the AIGA Design Archives and woven together with commentary from leading designers. Driven by participation from designers, students and design enthusiasts, the site invites conversation about design's rich legacy and expanding impact.

We had a chance to speak to AIGA Executive Director Richard Grefé about the centennial festivities and the story behind the impressive "100 Years of Design" website.

Core77: First of all, congratulations on 100 years! How does it feel to be spearheading the festivities for this momentous occasion?

Richard Grefé: The centennial is a tremendous affirmation of creative professionals—the value of their coming together as a community is to inspire each other, to seek ever-expanding opportunities for the design mind to thrill others with stunning and evocative work, and to enhance the human experience. A century marks a hundred years of growth, change, creativity and achievement, and the beginning of an era with even greater possibility. The festivities celebrate the breadth, depth and diversity of the fellowship of designers who come together as AIGA in order to advance the profession. Pretty exciting!

Regarding CelebrateDesign.org, how did you arrive at the five categories? And did you have trouble classifying any of the artifacts, quotes or clips? I imagine there was quite a bit of overlap...

Organizing the story of design over the past century was no easy task. We wanted to move beyond a linear chronology. Ultimately, we decided the purpose of the site should be to begin the conversation, not end it, so we selected five broad categories that most would agree should be among any list of intents for great design. We then invited viewers to consider other impacts by including an open-ended prompt: "Celebrating 100 years of design that..."

Because any work of design can of course have multiple impacts depending on context and the viewer, it was at first daunting to assign works within the structure. Impact is subjective and a work being featured in a certain narrative for this project does not circumscribe its larger meaning. However, key works started falling into place as particularly representative of one impact or another, and then supporting pieces began to make sense in that context.

We pulled quotes from primary sources and books—such as Graphic Design in America, Looking Closer, Design Culture, Nine Pioneers in American Graphic Design, and Design Discourse—that spoke directly to the impacts chosen. For example, Samina Quareshi on the need for design to connect a community; the designers behind the First Things First 2000 manifesto on designers' imperative to assist in addressing environmental, social, and cultural crises; Paul Rand's defense of humor to delight through visual communication; Robert Fabricant on designers exerting influence through every decision they make. The final pieces were the voices of design legends, which help hold groups of work together. Each "impact" such as Delight or Inform contains three themes, and these voices complemented what we called the "narrative glue" that described each theme (for example, here and here in the Connect section). The 'artifacts' include everything from, say, the iconic "I Want You" poster (with a credit to James Montgomery Flagg) to Facebook... and that's just in the "Connect" category. What was the selection process like? I imagine you considered far more items than those that made the final cut—did you intentionally look to include a diverse selection of items?

Just like working on an exhibition, we built a lengthy "checklist" of hundreds of possible works to include; then, with Second Story's expertise in storytelling, we narrowed that to a digestible amount of content. We wanted to be sure that we represented diversity in the content: design generated from different parts of the country; female and male designers (more difficult in the earlier years of the profession); numerous disciplines and formats; iconic works from the graphic design canon and more subtle but still powerful examples. The AIGA Design Archives were a rich source for artifacts, but we also reached out to other sources to help fill in some gaps. We sought to highlight AIGA Medalists in particular; some were interviewed for the project, and others are highlighted through "designer profile" explorations which link to authoritative essays on AIGA.org.

Ultimately, the curated portion of the site is meant to be representative, not definitive. It is a sampling and an invitation for designers to add their own sources of inspiration, their mentors, or those who influenced them through character, work or words. We hope it is a reminder of perspectives, inspirational for those knowledgeable about design, and educational for those who are simply curious. Most of all, it is intended to encourage viewers—our members and beyond—to contribute their own opinions and selected pieces of design history. 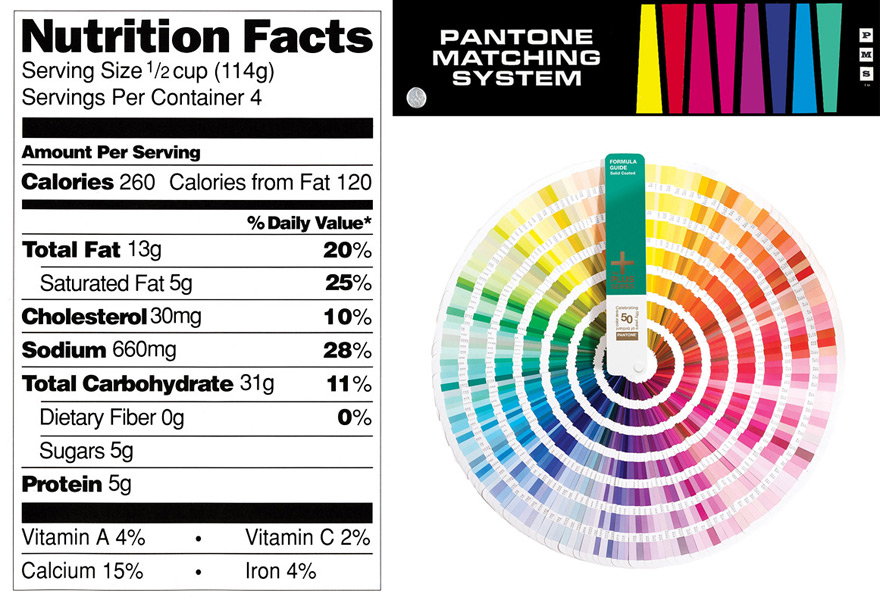 What are some of your favorites?

"100 Years of Design" contains a fairly broad history of communication design, from advertising and identities to environmental design and interaction design. Some of the most influential pieces were created decades ago and are still in use today, such as the Pantone Color Matching system of 1963, the logo that Walter Landor created in 1972 for Cotton Inc., and Massimo Vignelli's 1966 information design for New York City's subway system. We also included design that was revolutionary at the time but has now become part of our daily lives, such as the Nutrition Facts labeling on food packages designed for the FDA by Burkey Belser in 1995, the UPC bar code conceived in 1949 by N. Joseph Woodland and Bernard Silver, and Deborah Adler's ClearRx design for prescription bottles. And we certainly hope that the site helps viewers discover work even further back into our graphic history, such as a 1914 cartoon by Rube Goldberg, and covers for Seventeen and Charm magazines designed by Cipe Pineles. 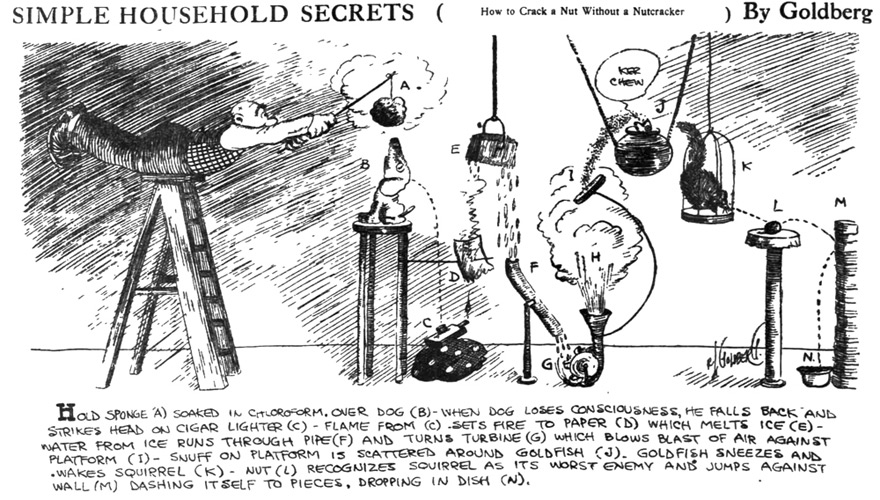 As an online gallery, the website is broadly educational (for example, I didn't know that the Recycling symbol was the result of a design competition). Besides users submissions, do you plan to expand or extend the content moving forward?

The project is intended as a continually expanding source of inspiration and education for designers and the public alike. We encourage users to consider the role of design in their own lives, which is why artifacts are grouped around impacts such as Connect, Inform and Influence. We hope that the site will function as a living resource—one that grows beyond this year to become a reflection of design's past, present and future.

While there are no formal plans to replace content in the core framework, we do plan to re-evaluate on a regular basis and determine what steps, if any, will need to be taken to ensure that the site functions as a collaborative tribute comprised of personal stories about making, experiencing and appreciating design.

As a side note, I couldn't help but notice the dot less i's in some of the font treatments—was this a point of contention (pun not intended) for a design organization?

That's a great question, and something that our developers at Second Story really thought long and hard about. The dotless "i" is part of the "Lato" font chosen for this project, but there were initially some varying opinions on whether it was the right choice. Filippo Spiezia, Senior Interaction Designer at Second Story, described the process in a recent blog post: "Some on the project team were initially uncomfortable with it, others loved it... The goal of the type choice, and of the website design as a whole, was simple: create a minimal frame around the main canvas, leaving the entire scene to the masterpieces, quotes, oral histories, and historical moments selected by AIGA." The aim for this project is to spark conversation, and the typography of the site supports a look and feel that seems more inviting and collaborative than authoritative and finalized. 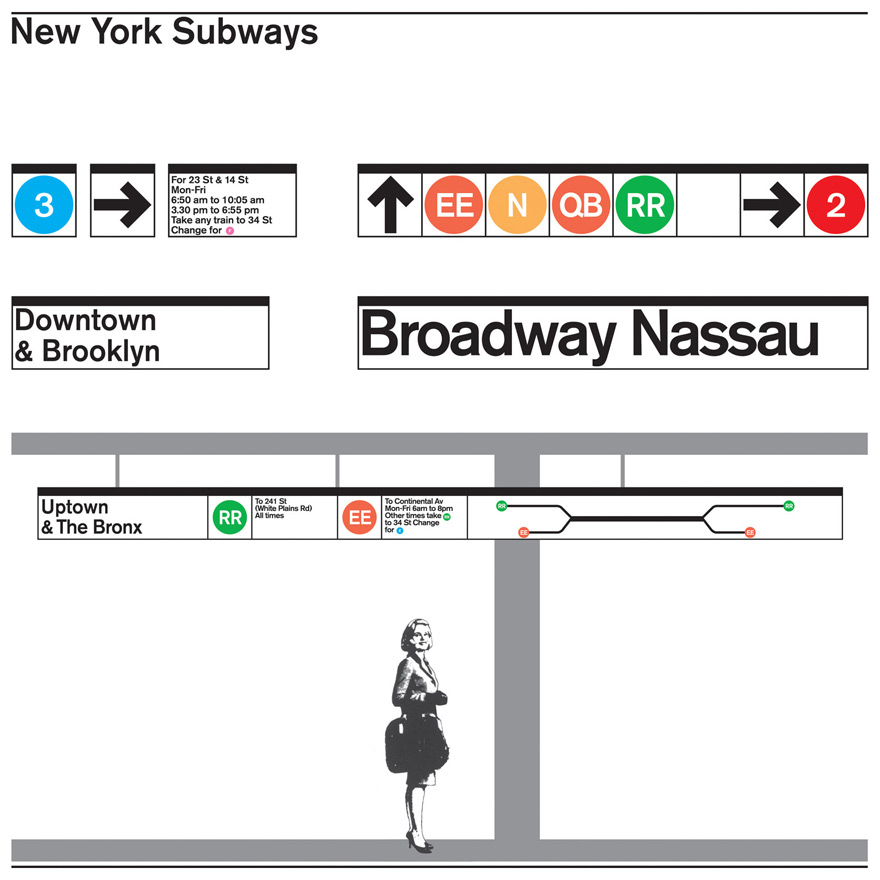 Besides CelebrateDesign.org, what other Centennial initiatives and activities can we look forward to?

AIGA's centennial year kicks off this month with dozens of events across the United States hosted by AIGA's chapters in 67 cities. One of the largest celebrations will be "The AIGA Centennial Gala" in New York City this April, honoring a special class of 24 individuals with the prestigious AIGA Medal for lifetime achievement in design.

Several public exhibitions are also being planned: "Facing Forward" at the AIGA National Design Center will celebrate AIGA's history when it opens on February 19, and "Century: One Hundred Years of Typeface Design" will follow in April. Meanwhile, "Drawn to Action: Posters from the AIGA Design Archives" at the Denver Art Museum invites visitors to discover how design can be an extraordinary tool for change, and "A Visual History of AIGA" at the Museum of Design Atlanta will showcase work that was created for AIGA by the design industry's greatest talents. A full list of centennial activities is available at 100.aiga.org, and we're encouraging designers from every discipline to celebrate the history and future of design this year.