Misha Kahn on Avoiding Rulers, Letting Design Be Greedy, and Finding the Perfect Equilibrium Between Passion and Flippancy 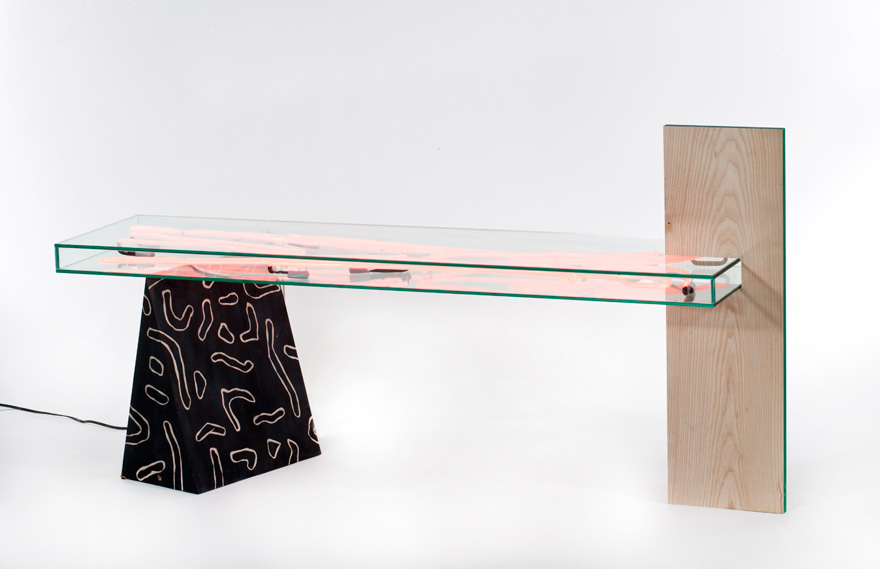 This is the latest installment of our Core77 Questionnaire. Previously, we talked to Karim Rashid.

Current projects: Right now I'm producing a series of lamps for a room made by Bjarne Melgaard for the Whitney Biennial.

Mission: I think that, especially in the U.S., we have such a rigid aesthetic view of how things get built and constructed, and it can be very constraining. So I'm hoping to help infuse the material culture with a little more looseness and an easier, more accessible way of making things.

When did you decide that you wanted to be a designer? I think, for most people, you kind of stumble into it, because there's not much else that you could be. I dabbled in a lot of things. As a kid, I liked to make Claymation films, with lots of miniature furniture. I also like making clothes a lot, and I segued into making furniture at school. For me, furniture is a really nice scale to work on. You can make it by yourself or with a few people—it's kind of the largest thing that's possible to realize in a very tangible way.

Education: I mostly went to RISD—that's where I got my furniture degree. I also did a Fulbright right after school and took some classes at Bezalel Academy of Arts and Design.

First design job: My first internship was doing windows at Bergdorf's, which I think had a weird amount of influence on me.

Who is your design hero? I promised my roommate/partner-in-crime Katie Stout that I would say it's her. We're both working in a similar vein, so it's very consoling that there's someone else who sees things in much the same way. 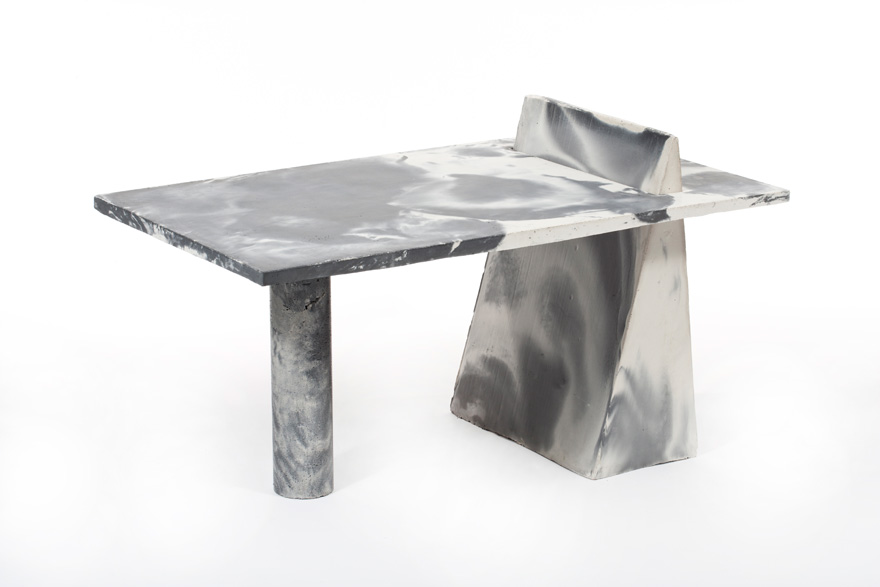 Describe your workspace: I have a studio in the Brooklyn Navy Yard. It's right on the water, and I have one big wall of windows that looks out over Manhattan, which is very cool. It's basically a 25-foot cube. I build really vertically in there, so it's a little bit like a Robinson Crusoe studio. There are lots of levels.

Other than the computer, what is your most important tool? Baby clamps. I go through so many baby clamps, and there are many times when I can't imagine what else would do such wonderful things.

What is the best part of your job? A lot of my projects involve some sort of material experimentation—getting a material to do something that's a little bit new. In the end, hopefully it looks like it's just supposed to look like that. But usually there's this long process of trying to get that desired result. And there's always a day when it finally works, after a month of me feeling like I'm wasting time and money and it's just a fool's errand. So that moment when you finally get the thing right and it looks good can be very magical.

What is the worst part of your job? On days when it's just me in the studio all day, sometimes I think that this is the worst job for me. Because I'm a very social person, and going in and working by yourself day after day can be very tiring. I'm hoping that in the future there will be more people here more of the time. 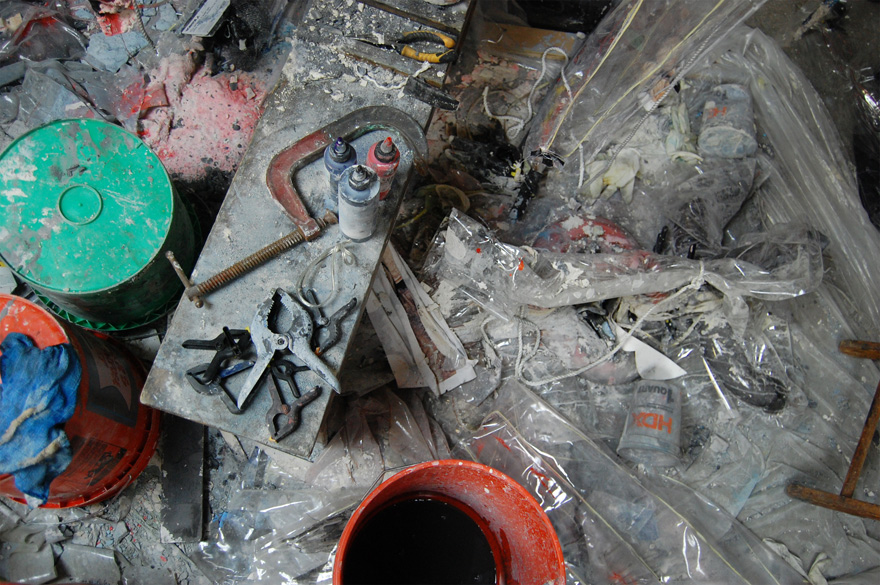 What time do you get up and go to bed? That is all over the map for me. This week I've been getting up at 7:00 every day. But last week I don't think I left the house before noon. It depends on what I'm working on. And I don't think it affects my productivity too much. Sometimes I feel like I need to motivate to always get up earlier just so I seem like more of an adult, but I'm not sure.

How do you procrastinate? There are definitely a lot of little trips out to stores to get something—to the hardware store or to get a snack. A lot of times I'll go and buy a tool to save, like, five minutes of time, but the whole trip ends up taking an hour. I'm trying to wean myself off that habit.

What is your favorite productivity tip or trick? My productivity has gone way up since I've pretty much stopped ever using a ruler or any form of straight edge or measuring device. I feel like that's a huge time sink. If you can make things that never involve measuring, you can move a lot quicker. I'm probably the only person who's ever said this on Core77.

What is the most widespread misunderstanding about design or designers? A lot of people seem to think about design as being a way to make your life sleeker or more streamlined and to make your space more minimal. The assumption is that you can then think about something else besides the space—that it's a catalyst for some other sort of intellectual activity. So I think that sometimes design has to be greedy, and just be the focal point in and of itself.

What is your most prized design possession? It will definitely be a Campana brothers couch, when I'm able to purchase one at some point.

What is exciting you in design right now? A lot of people seem to be interested in this kind of neo-Dada, irreverent way of working—making things in a quick way that's not so hyper-logical. I think that's exciting. I don't think it's really been pushed far enough in the right direction, but it seems like there's the footing for something really loose to happen now.

If you could redesign anything, what would you choose? I really want to redesign a prison. I think it would be way more maddening to be locked in a space with no right angles. It would just be this really lumpy, Technicolor crazy house.

What do you hope to be doing in ten years? Well, I'm working on opening a floating hotel right now, and I'd like to have a department store and a sweatpants company and a bunch of little children.

Misha Kahn on Avoiding Rulers, Letting Design Be Greedy, and Finding the Perfect Equilibrium Between Passion and Flippancy