From the UK, the World's First 3D-Printed Bike Frame 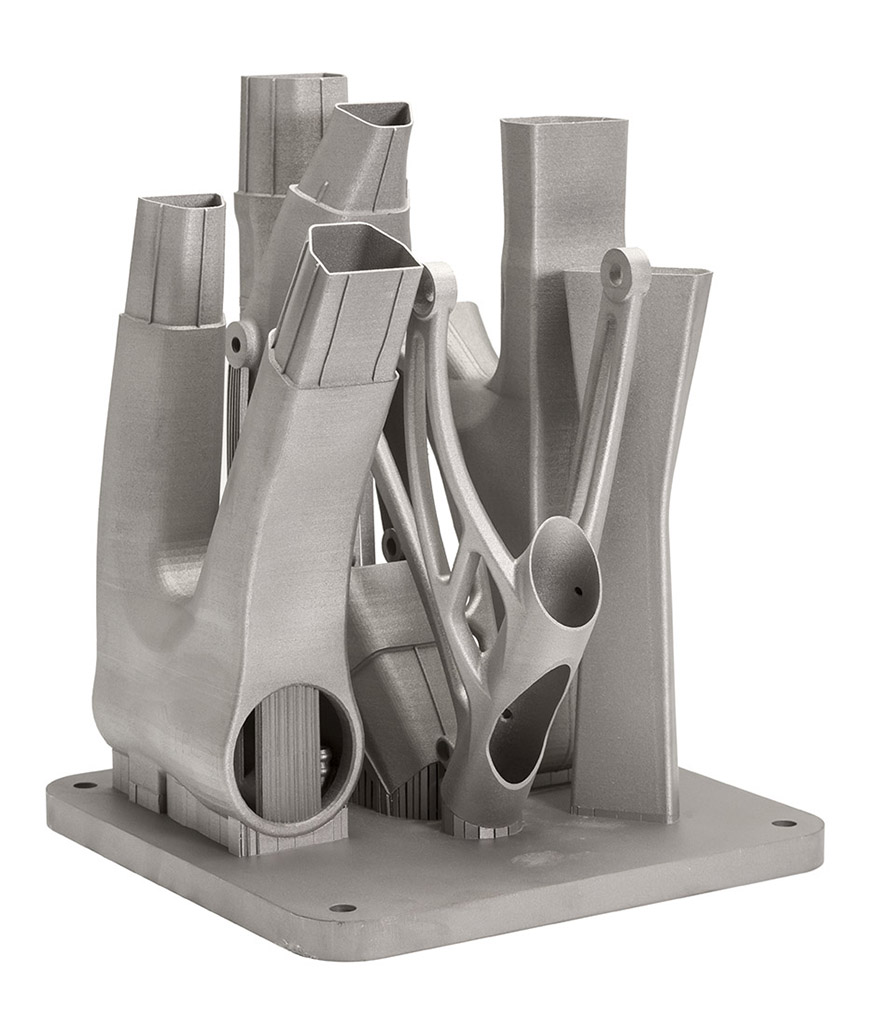 We've seen 3D-printed bike parts before, but now two British firms have advanced into printing out the entire frame (albeit not in a single piece, presumably because no laser sintering machine yet has that kind of footprint). Additive manufacturing firm Renishaw has joined forces with Empire Cycles to create a one-off version of Empire's MX6-EVO, which typically comes in aluminum; the one-off, however, was done with titanium alloy, and the duo reckon this is the world's first to be 3D-printed. 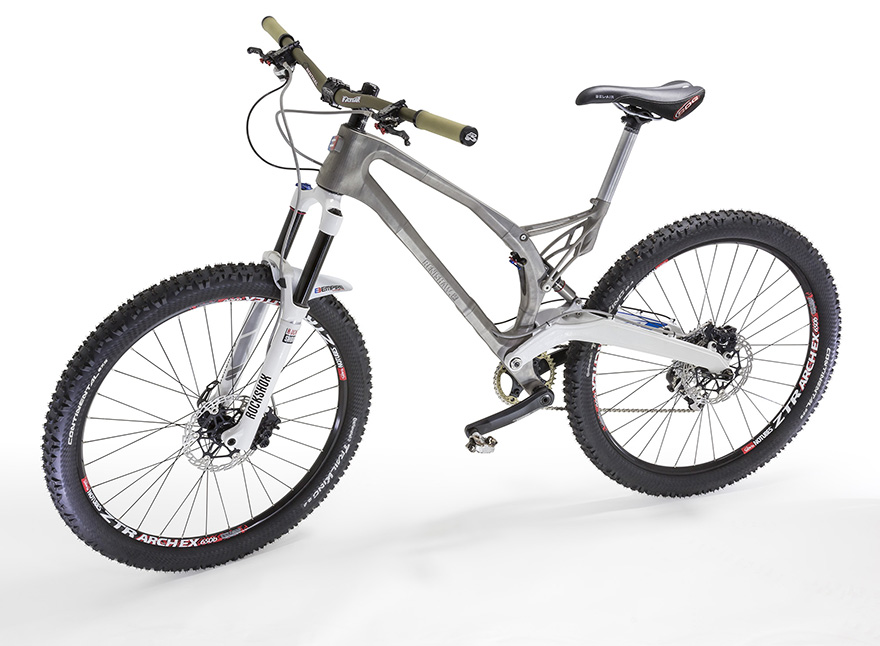 By using digital fabrication—specifically, Renishaw's AM250 laser melting machine—there is of course no wasted material, as there would be with casting. And even though they're using a titanium alloy more expensive than the standard aluminum, they've calculated that it would still be affordable, due to a combination of the lack of waste, the lack of tooling needed, and the fact that clever software means they can achieve strong parts while using a minimum of material. As Renishaw explains it,

Titanium alloys are more dense than aluminium alloys... Therefore, the only way to make a titanium alloy version of a part lighter than its aluminium alloy counterpart is to significantly alter the design to remove any material not contributing to the overall strength of the part. The original aluminium alloy seat post bracket is 360 g and the hollow titanium version is 200 g, a weight saving of 44%.

This is just the first iteration; with further analysis and testing it could be reduced further. The original bike frame weighs in at 2100 g. Redesigned to make use of additive manufacturing, the weight drops to 1400 g, a 33% weight saving.

There are lighter carbon fibre bikes available, but Chris Williams, Managing Director at Empire Cycles, has researched this already and says, "The durability of carbon fibre can't compare to a metal bike, they are great for road bikes, but when you start chucking yourself down a mountain you risk damaging the frame. I over-engineer my bikes to ensure there are no warranty claims".

The bike is now being tested both in the lab and on mountainside slopes in the UK.

From the UK, the World's First 3D-Printed Bike Frame