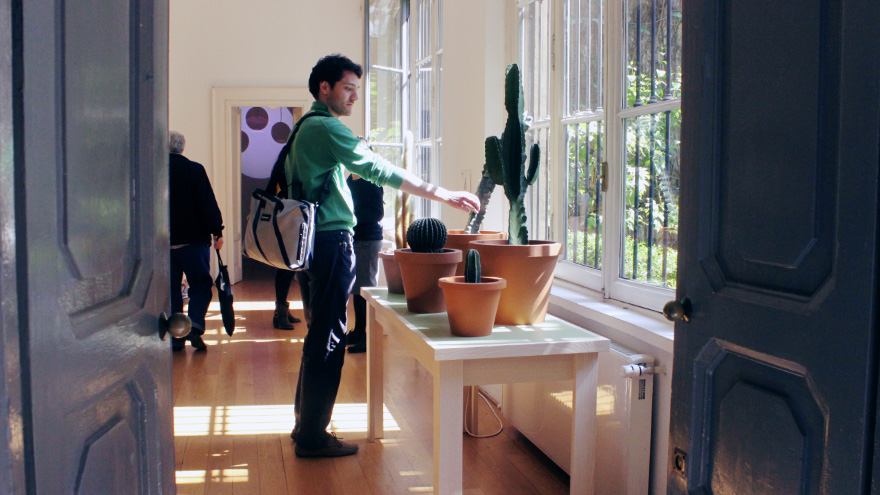 It's an increasingly pressing question in this day and age, and one that has certainly seen some interesting responses—including this interdepartmental collaboration from Switzerland design school ECAL—as an evolving dialectic between two closely related design disciplines. Exhibited in Milan's Brera District during the Salone del Mobile last week, "Delirious Home" comprises ten projects that explore the relationship between industrial design and interaction design. (Naoto Fukasawa, for one, believes that the former will eventually be subsumed into the latter as our needs converge into fewer objects thanks to technology.) 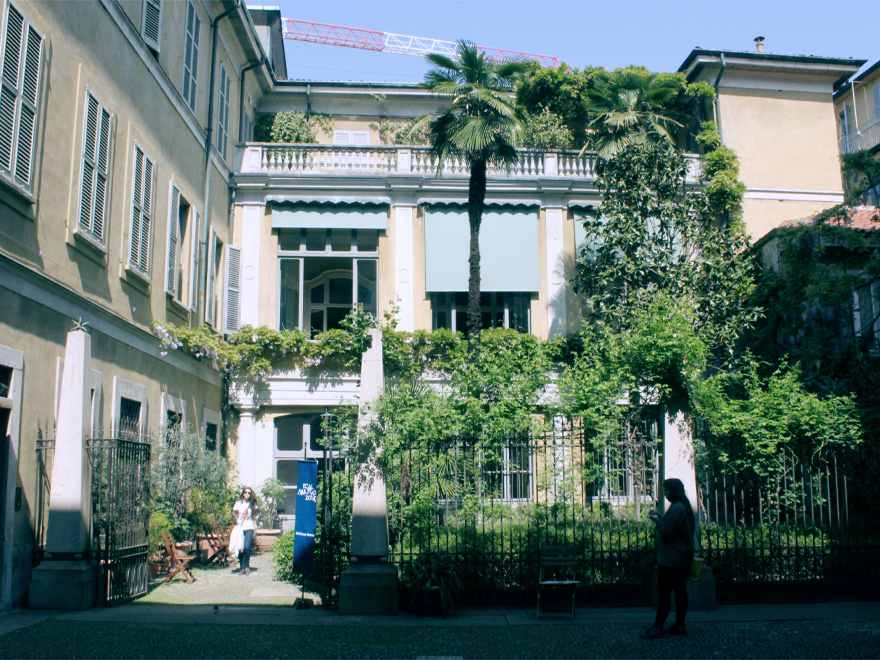 Both the Media & Interaction Design and the Industrial Design programs at the Lausanne-based school are highly regarded, and the exhibition at villa-turned-gallery Spazio Orso did not disappoint. In short, professors Alain Bellet and Chris Kabel wanted to riff on with the "smart home" concept—the now-banal techno-utopian prospect of frictionless domesticity (à la any number of brand-driven shorts and films). But "Delirious Home" transcends mere parody by injecting a sense of humor and play into the interactions themselves. In their own words:

Technology—or more precisely electronics—is often added to objects in order to let them sense us, automate our tasks or to make us forget them. Unfortunately until now technology has not become a real friend. Technology has become smart but without a sense of humor, let alone quirky unexpected behavior. This lack of humanness became the starting point to imagine a home where reality takes a different turn, where objects behave in an uncanny way. After all; does being smart mean that you have to be predictable? We don't think so! These apparently common objects and furniture pieces have been carefully concocted to change and question our relationship with them and their fellows.

Thanks to the development of easily programmable sensors, affordable embedded computers and mechanical components, designers can take control of a promised land of possibilities. A land that until now was thought to belong to engineers and technicians. With Delirious Home, ECAL students teach us to take control of the latest techniques and appliances we thought controlled us. The students demonstrate their artful mastery of electronics, mechanics and interaction, developing a new kind of esthetic which goes further than just a formal approach.

The ultimate object—still missing in the delirious home—would be an object able to laugh at itself. 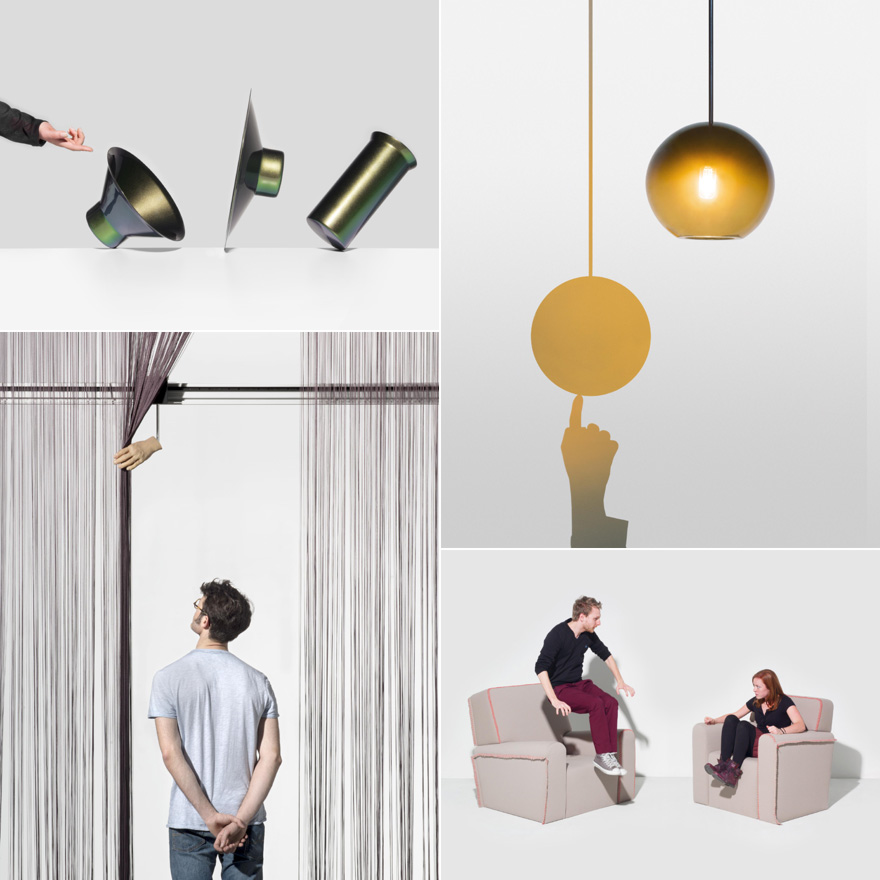 "Delirious Home" was easily a highlight of this year's Fuorisalone and was duly recognized with a Milano Design Award. The video, which features all of the projects, is well worth watching in full:

Additional details and images of each project below. 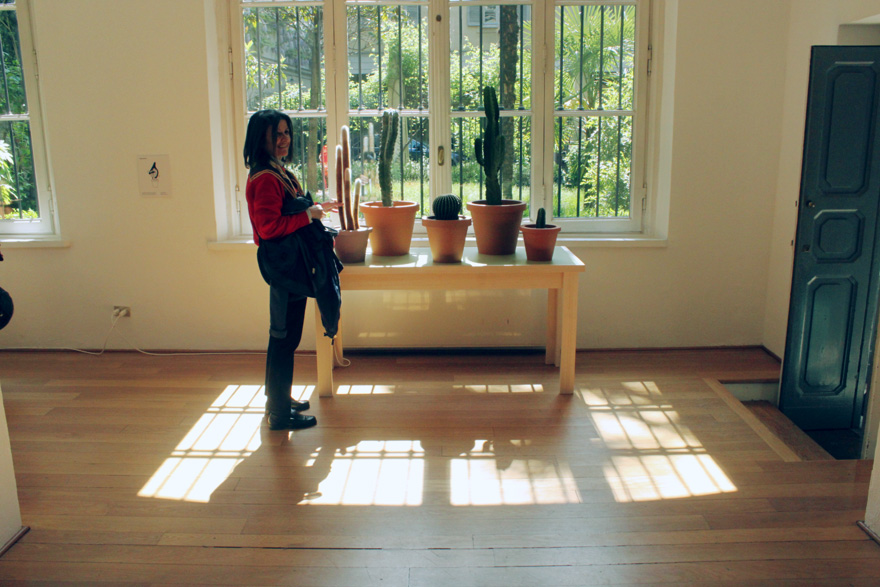 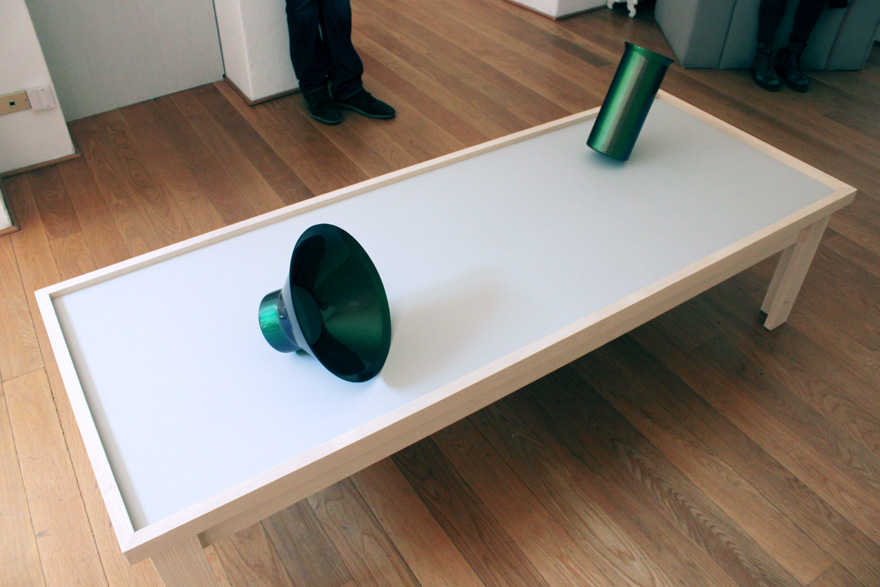 » Iris Andreadis, Nicolas Nahornyj, Jérôme Rütsche - "Ostinati" These curious objects appear to balance of their own accord (spoiler alert: A rapidly spinning disc concealed within the body—a hard drive—keeps them upright). 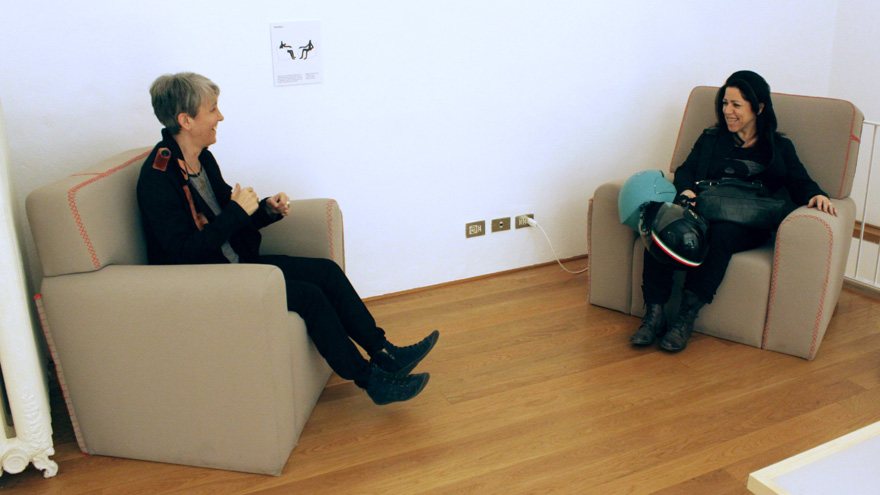 » Megan Elisabeth Dinius, Timothée Fuchs, Antoine Furstein, Bastien Girschig - "Voodoo" As its name suggests, this pair of armchairs has what might be called a 'master-slave' relationship: sensors detect the movements of one sitter, relaying them to the other.

» Léa Pereyre, Claire Pondard, Tom Zambaz - "Chiaroscuro" Billed as "the thinnest switch in the world," these lamps are toggled simply by touching their shadows.

» Guillaume Markwalder, Aurélia von Allmen - "Broken Mirror" The mylar-like membrane is crinkled from afar but stretches taut with passable reflectivity when a user draws near. 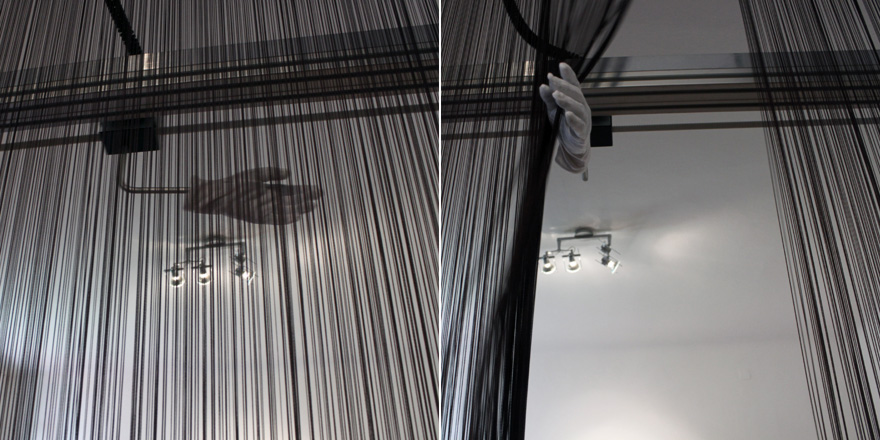 » Anne-Sophie Bazard, Tristan Caré, Léonard Golay - "Il Portinaio" The disembodied hand of a porter kindly opens a curtain for you to pass through. 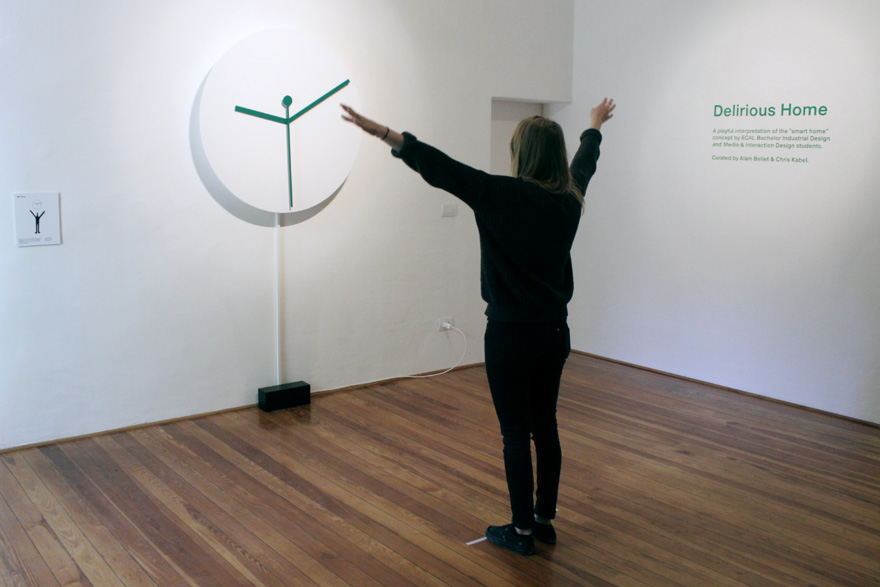 » Léa Pereyre, Claire Pondard, Tom Zambaz - "Mr. Time" A clock whose hands mimic your morning calisthenics (or whatever else you happen to be doing in front of it; it actually does tell the time when its not distracted). 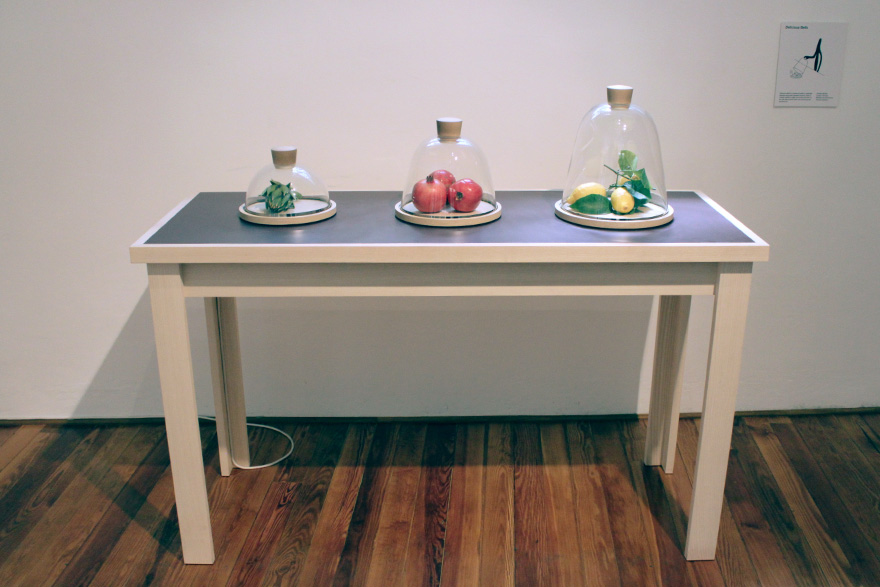 » Caroline Buttet, Louisa Carmona, Margaux De Giovannini, Antonio Quirarte - "Delicious Bells" This series of aural bell jars sings when then are opened, emitted dulcet tones not unlike those of a glass harp.

» Victor Férier, Ludovica Gianoni, Danièle Walker - "Windblower" This semi-manual fan amplifies the breath of the user, resembling something like a cross between a weathervane and a turbine.

Thanks to Jean Lin & Ali Morris for the tip.