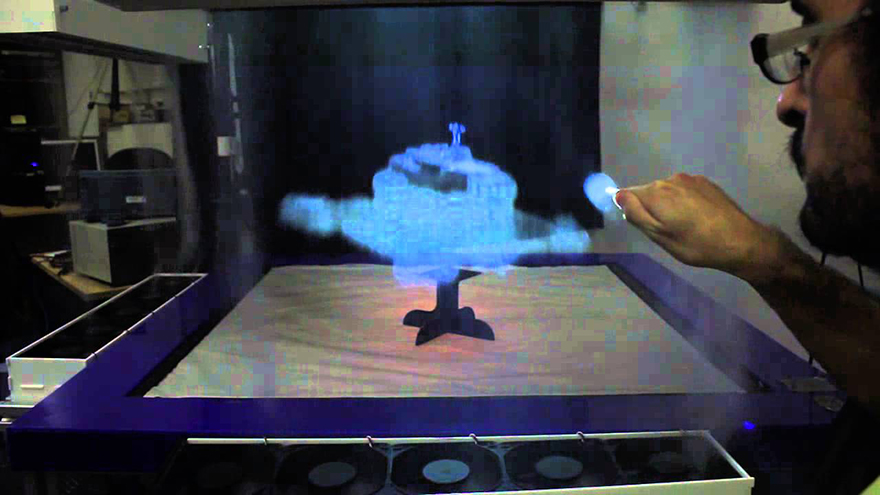 I'm definitely among those who have been waiting for Minority Report-like gesturing to become a reality. While light beams on desks and walls seems close, it's not our hands manipulating objects in thin air. But now researchers at the University of Bristol have developed the starting point, called MisTable. And they're doing it with mist.

Words will only fail to properly describe the look of this thing, but a tabletop computer system projects images onto a thick blanket of fog. They appear as ghostly apparitions, much like R2D2's projected Princess Leia.

We can interact with the 3D images by sticking our hands into the 'objects' and moving them—maybe to the person sitting next to us. At this time it's simple stuff, but still it means moving something as if it were actually something tangible. Check out the video:

You can view multiple images at once, turn them and bring them down to the horizontal surface of the tabletop (which, of course, makes the images 2D). To create this next-generation interface the researchers use a Kinect with a Fourier Transform Infrared Spectroscopy (a type of spectroscopy that uses measurements of electromagnetic radiation) tabletop, a Leap Motion controller, a fog machine and a projector. When you really stop to think about it the technology is pretty amazing. 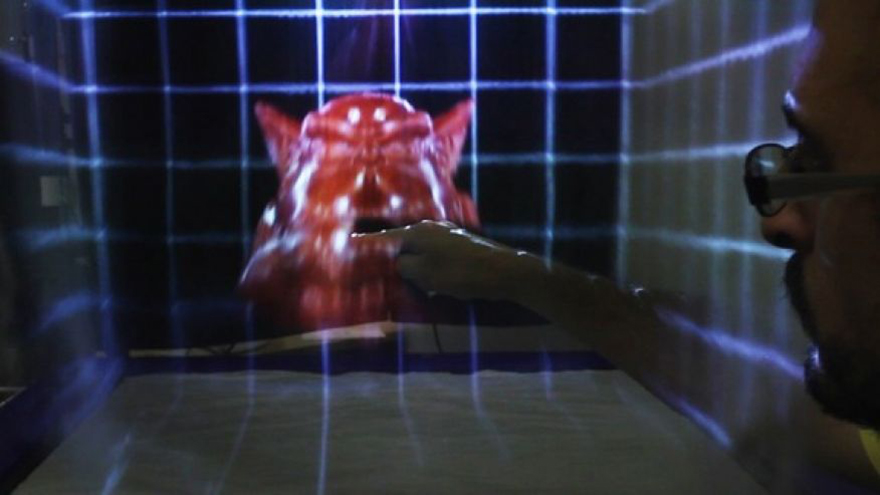 You can imagine how this technology could transform 3D modeling, games, teaching or presentations. If you want to try it out, head to Toronto, Canada next week where MisTable will be featured during the Computer-Human Interaction conference.