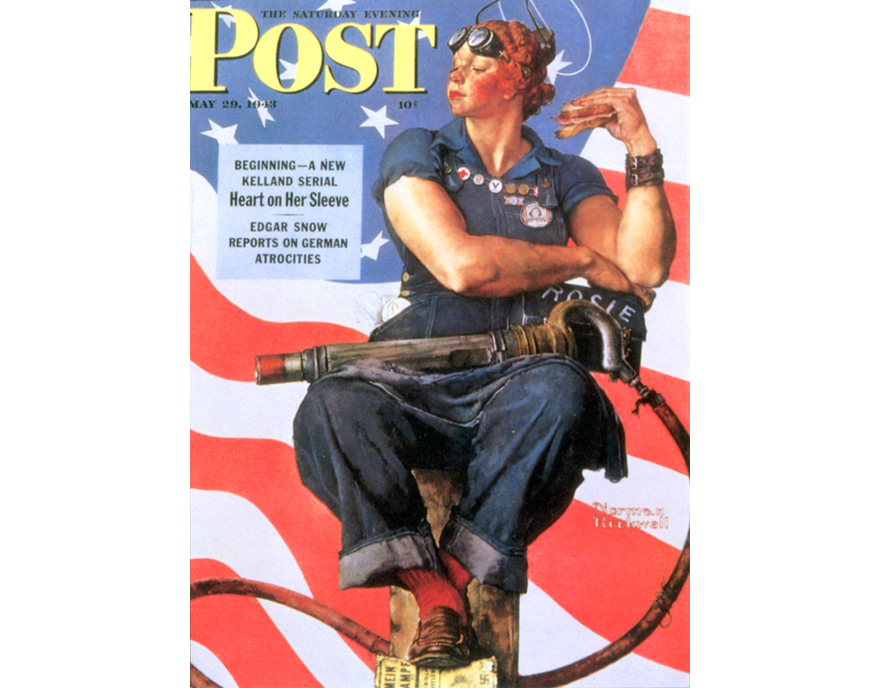 Braun and Dieter Rams. Apple and Jonathan Ive. General Motors and Harley Earl. People will remember brands, iconic objects and, increasingly, designers. But no one pays any mind to the buildings from which these objects first emerged into the world, nor the factory-line workers who toil to produce them. In fact, the only factory worker whom most Americans will recognize is semi-fictitious, or at least an amalgamation of multiple people:

- "Rosie the Riveter," America's World-War-II-era icon of industrial might, was originally a visuals-free, 1942 pop song reportedly based on either Californian Rosie Bonavitas or Long Islander Rosalind P. Walter (depending on who you listen to), both of them aircraft assembly-line workers.

- In 1943, Norman Rockwell put a fictitious face and a body to Rosie with his famous "Rosie the Riveter" cover illustration for the May 29th copy of The Saturday Evening Post (pictured up top), although the model was in fact a teenage switchboard operator named Mary Doyle.

- Rockwell's illustration was largely buried after the war due to copyright issues, and in the '80s, another illustration from the '40s—J. Howard Miller's "We Can Do It!" war-effort-morale-building poster—was uncovered and mistakenly taken up in the popular consciousness (even by The New York Times) as being the famous Rosie. This is the image most modern-day Americans would try to draw in Pictionary if assigned "Rosie the Riveter."

With the illustrators, filmmakers and real-life models all now departed, the last thing that remains is the Ypsilanti bomber plant in Willow Run where Monroe actually worked and was discovered. And at press time it was scheduled for demolition. A recent "Save the Bomber" campaign to rescue the building was launched and raised $7 million; but they need $8 million to save it, and as tomorrow is the deadline, it does not look like they can stop the wrecking ball. Last-minute donors can click on the link above.

Writes the campaign on the importance of the plant:

At the peak of its production during World War II, the Willow Run Plant employed 42,000 workers, as much as one third of whom were pioneering women industrial workers, collectively nicknamed "Rosie the Riveter." Willow Run produced more aircraft every month on its mile-long assembly line than Japan did in a year, earning it, and the area surrounding southeast Michigan, worldwide fame as "The Arsenal of Democracy." The nationwide American "Production Miracle," of which Willow Run was the finest and most ambitious example, was a critical factor in ending the deadliest conflict in history.

Before Willow Run, it was deemed impossible to build aircraft on an assembly line. It took Consolidated Aircraft in California one month to build a B-24 Liberator 4-engine heavy bomber from the ground up. Henry Ford, his engineers and builders, and the dedicated workers that flowed into Michigan from every state and territory, proved that not only could bombers be built on a line, they could be produced at the astonishing rate of one per hour.

By the bye, we highly recommend that anyone interested in the real-life experiences of real-life Rosies read Slacks & Calluses, a little-known book written by a California schoolteacher who went to work in a bomber plant in 1943. 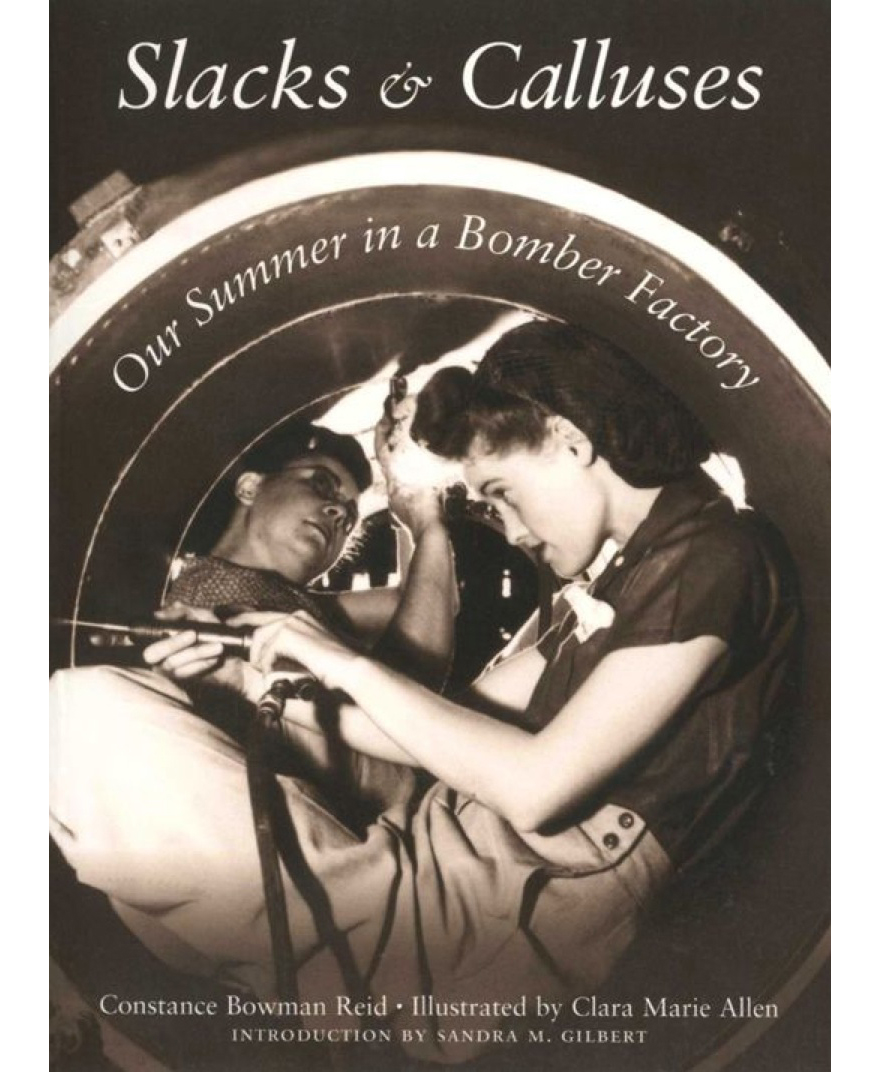 Written in an unflinching, good-humored and evenhanded tone, the book provides a fascinating look at how the tool-challenged author suddenly found herself routing wiring harnesses and crawling in and out of bombers in a gargantuan factory. It also lays bare the hypocritical bigotry of the era, when it was popularly assumed that women were incapable of driving cars, yet when the bodies were needed they were given drills and set to assembling the aircraft meant to win the war.

Lastly, you can read more about real-life Rosies here.