Nike Innovation Summit: 'Without Risk There Is No Victory' 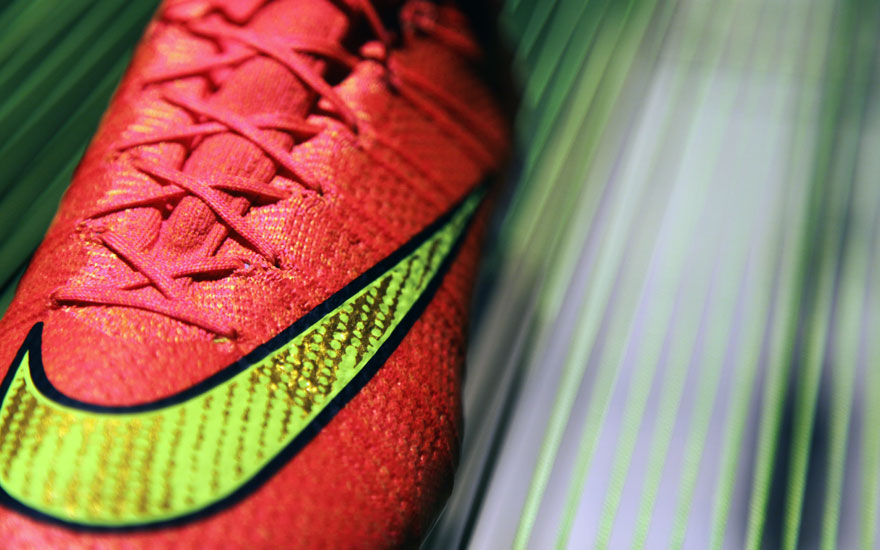 Reflecting on my childhood—an aspiring industrial designer and enthusiastic, if fairly untalented football (yes yes, soccer) player—it was always the sculpted, plasticy forms of the 2002 Adidas Predator Manias that I'd dreamed of one day saving up enough allowance to own—an iconic masterpiece of design with it's arch-hugging profile, audacious scarlet red tongue (personalized if you were really lucky) and ball bending rubber inserts on the inner foot, worn by the likes of Beckham, Zidane and Raul. Looking back now, it's funny to think that Nike once played second fiddle to Adidas on the football pitch. 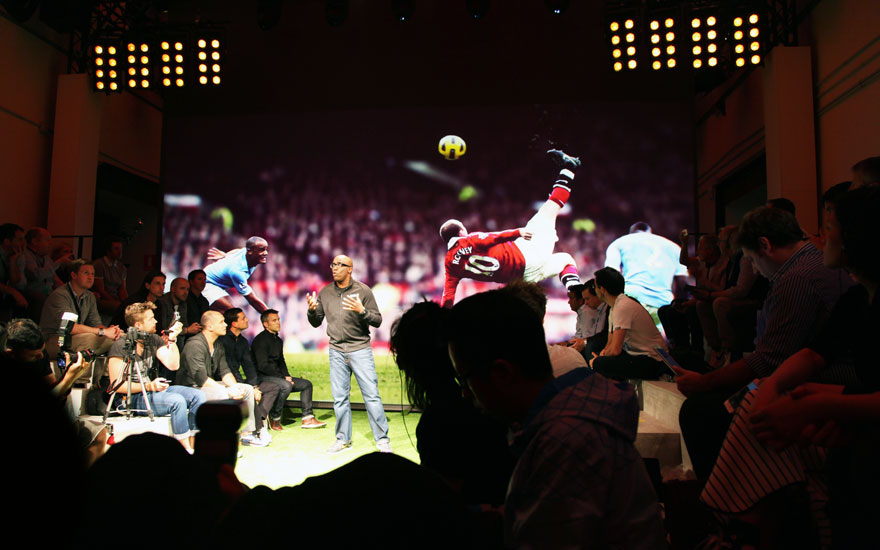 In recent weeks, the Nike brand has been weathering some negative press—and certain factions of the design and technology world have perhaps been revelling a little too gleefully in the news of company's exit (read by some admission of failure) from the wearables market. Whilst talk of the brand's move to software and rumours of partnership with Apple's wearable tech endeavours seem like a sensible move, talk amongst the technologically enlightened bemoans the ignorance of the management. Whilst it is a shame to see exciting developments in technology flop and fade, I can't help but think the Nike leadership know exactly what they're doing. As one commentator pointed out, Nike pull in as much moolah with one successful shoe launch as the whole wearables market's combined worth (estimated at around &pounds330million). Perhaps the predictions of overoptimism for wearables are coming to pass. Perhaps we should also be in admiration that a brand this large is still brave enough to take on such uncharted territory. 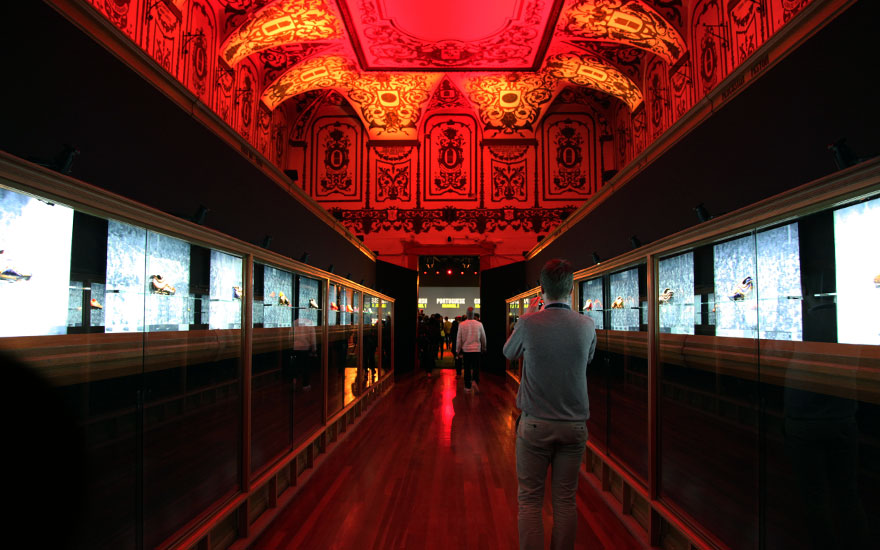 Stopping by Nike's Innovation Summit in Madrid last week, it's apparent that their thirst for experimentation and disruption—and indeed assault on the increasingly lucrative world of soccer—is far from over (the new slogan encapsulating this spirit? "Risk everything"). With the monumental prospect of a World Cup in Brazil, the home of modern football (and, of course, an important emerging market), designers at Nike have been working overtime. Coming out of the World Cup four years ago in South Africa, the cogs start turning as they noticed the game was changing. Gone are the days of slow, tactical build up and brute strength—the modern game demands explosive speed and razor-sharp skills from its increasingly fine-tuned athletes—a shift that has made the sport ever more sensational for its leagues of spectators. It was this insight that lead to the realization that the sport was perhaps ready for a dose of Nike's feather-light and fine-tuneable Flyknit technology. Ever ambitious—and of course more than prepared to take risks—Nike aim to evolve not only their football wear but, in doing so, take no shame in shaping the very sport itself in their image. 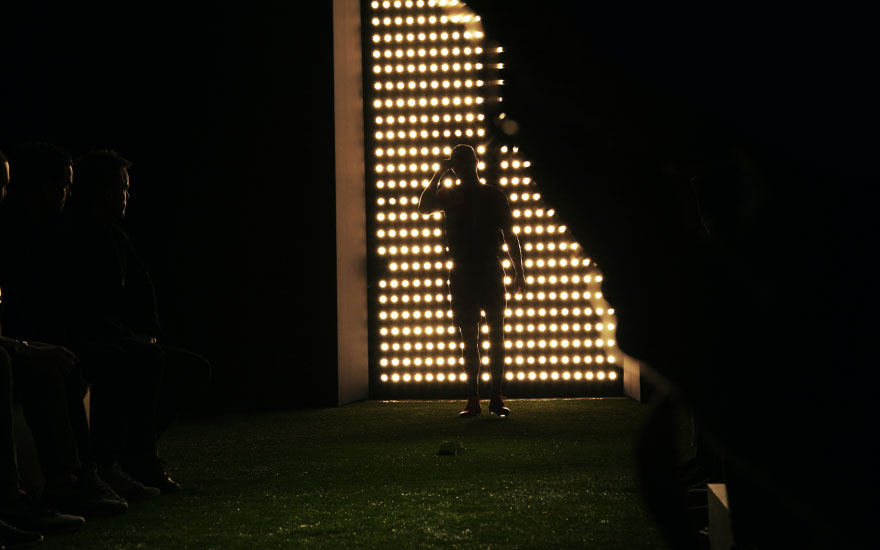 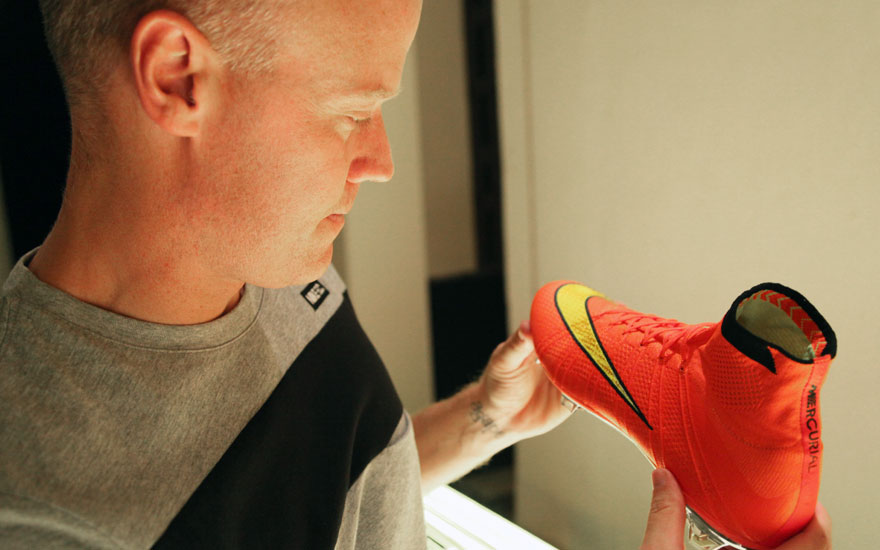 Whilst the launched of the first sock-shaped knitted boot, the Magista, elicited mixed reviews, last week's launch of the Mercurial Flyknit boot shows some serious sophistication in design execution. Four years in the making, the new design is sleeker, stripped back with a strikingly bold aesthetic—conceptually dovetailing delightfully with the wider brands move to more 'barefoot' foootwear. After hearing Nike golden boy Christiano Ronaldo talk about his experiences of the new boots, we couldn't resist trying on boots for ourselves. Snug like a sock and light as paper, we immediately experienced, firsthand, what the Nike team were so excited about. Although the over-the-ankle profile seems awkward at first sight, the unapologetically tight grip around the ankle (apparently intentional compression to activate explosive speed in tendons) is strangely satisfying. 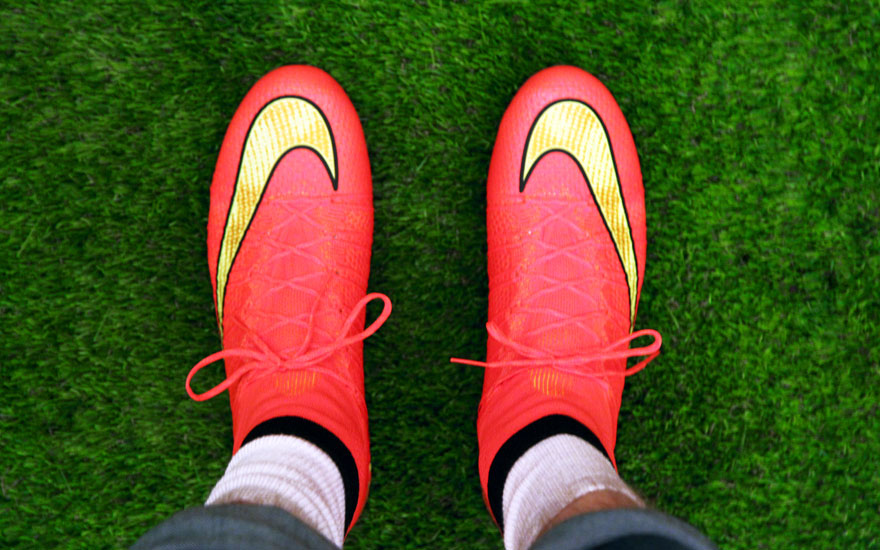 Chatting to the design team after the show we speculated about the boot would shape competition this summer. With Flyknit technology still in its infancy, however, the guys were quick to point out that this is only the beginning—the team, of course, already working on concept over five years out. "We're still learning how to design for Flyknit," one team member tells us, "as the material stretches we can create really interesting layers of colour that wasn't possible before, and then we can fine tune the weave for different functional purposes." We'll certainly be keeping an eye out. 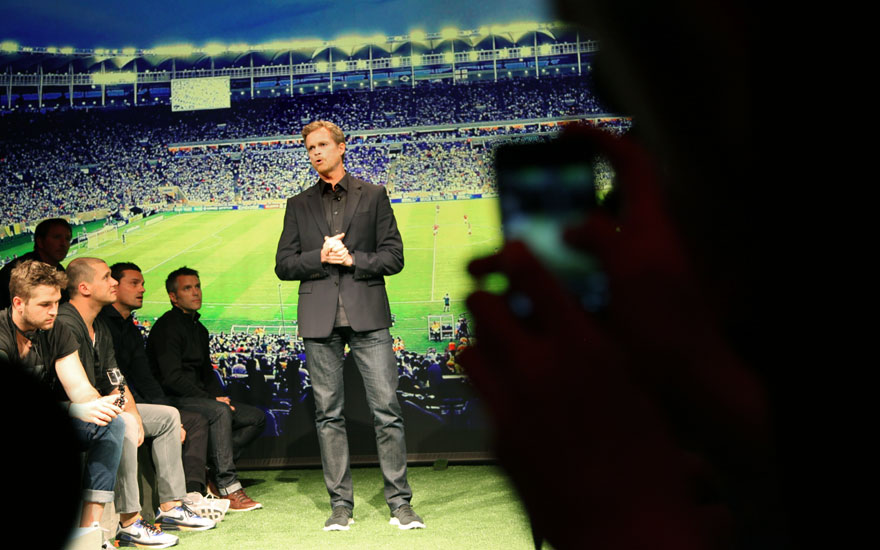 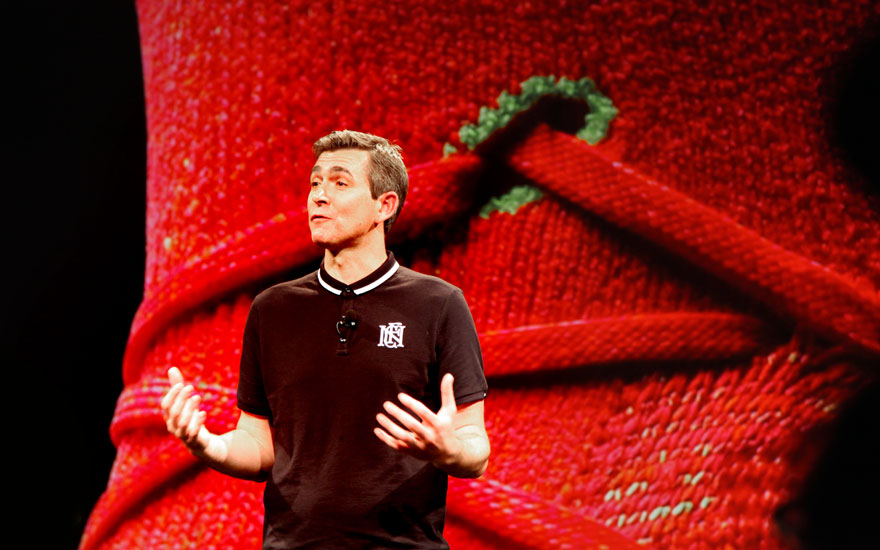 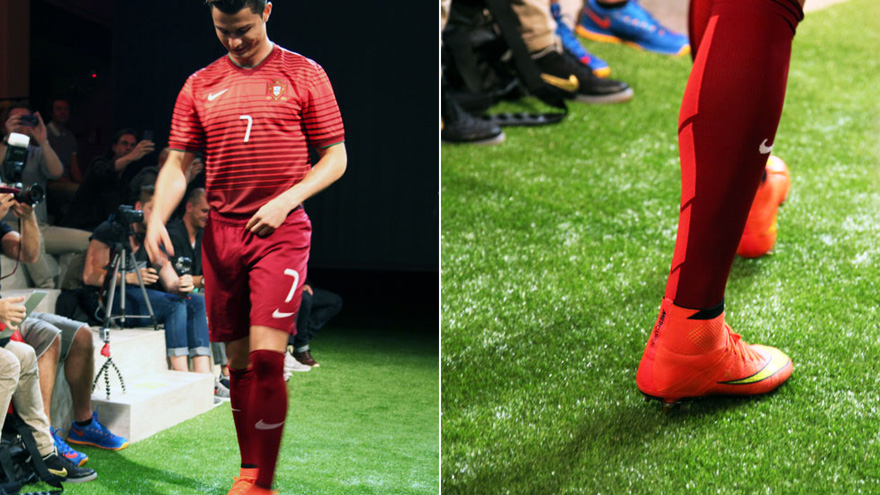 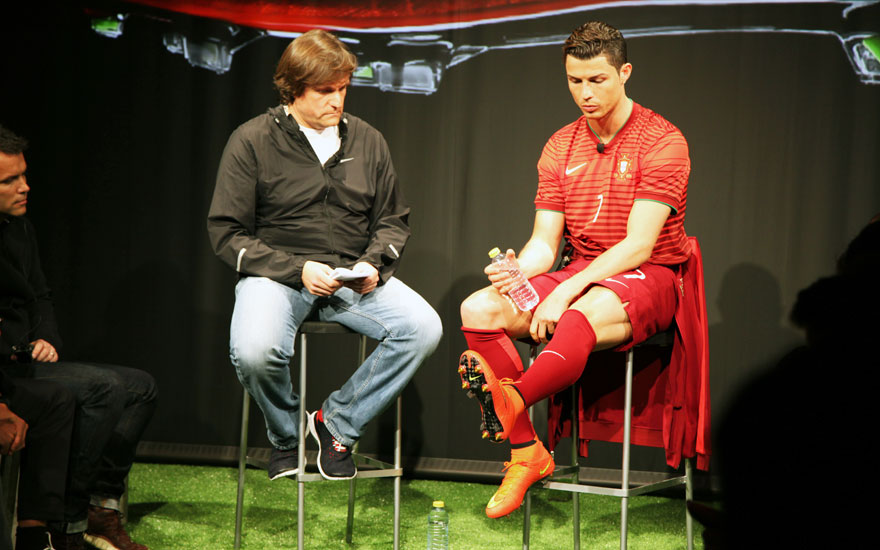 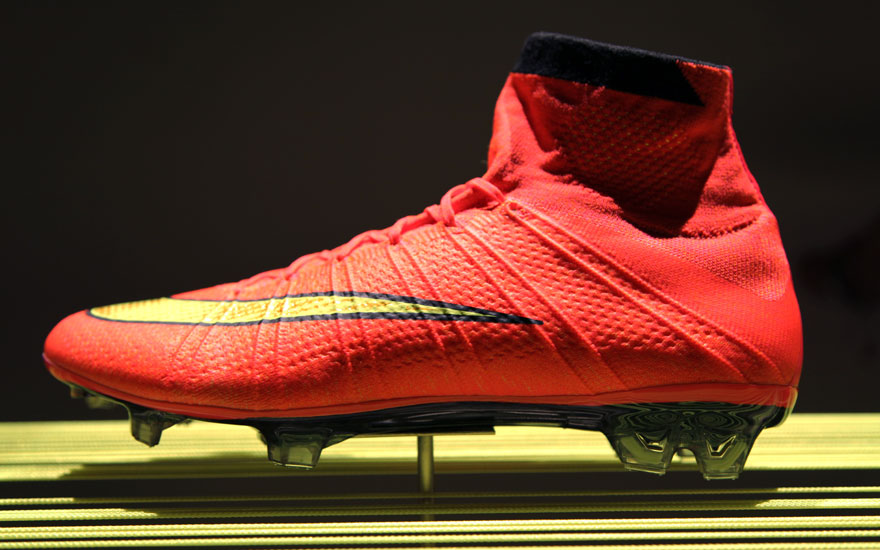 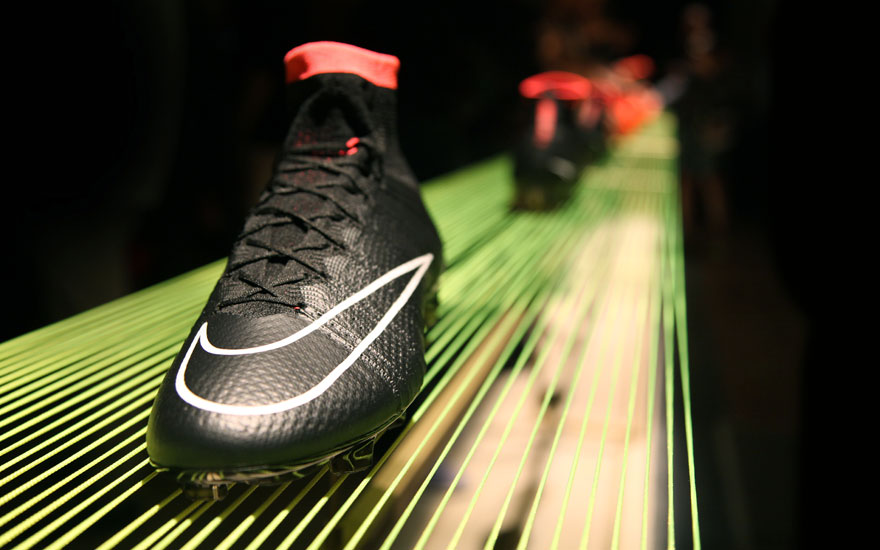 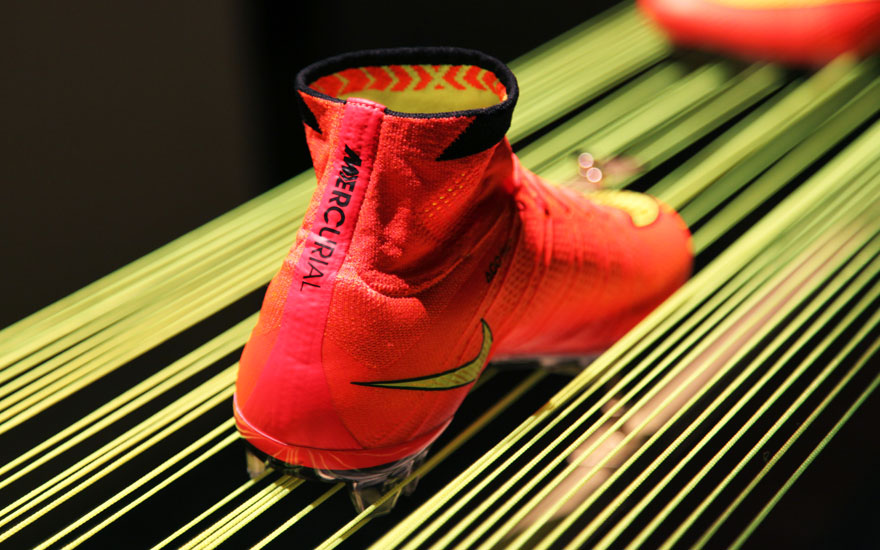 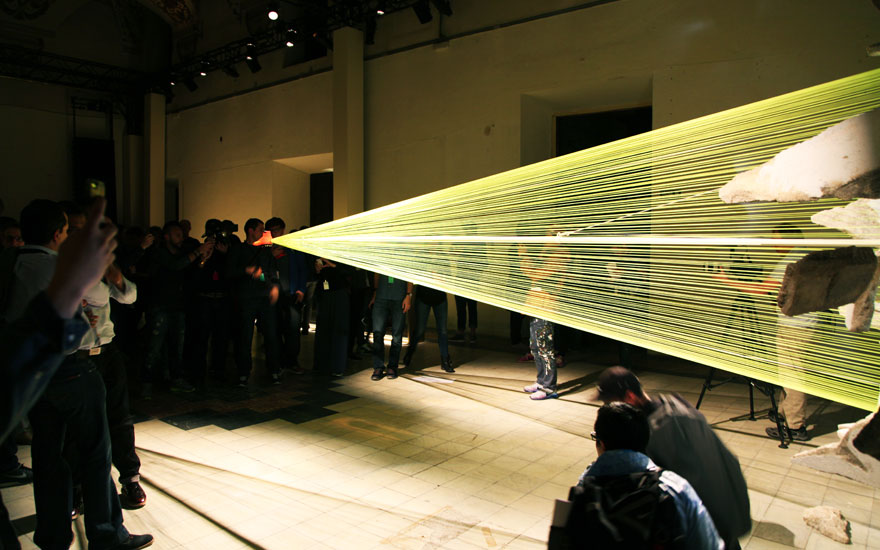