Back in '09 we showed you an Ultimate Factories clip of an IKEA factory revealing what's inside their lightweight tabletops. That clip has since been rendered unembeddable, so we'll grab the new code and show it here:

As you can see, by adapting the technology used by hollow-core door manufacturers, Ikea was able to create a lightweight, yet reasonably sturdy tabletop surface at a pricepoint that attracted consumers.

The honeycomb construction isn't only in their tabletops, of course; anytime you see something chunky at Ikea that seems lighter than it ought, there's probably honeycomb inside. UK-based Physicist Lindsay R. Wilson—a man who built "a prototype double-layer luminescent solar concentrator module" for TU Eindhoven--is the kind of guy who has high-end optical imaging technology lying around his house, so after he recently bought a soon-to-be-obsolete Expedit, he X-rayed the thing to show you what's inside: 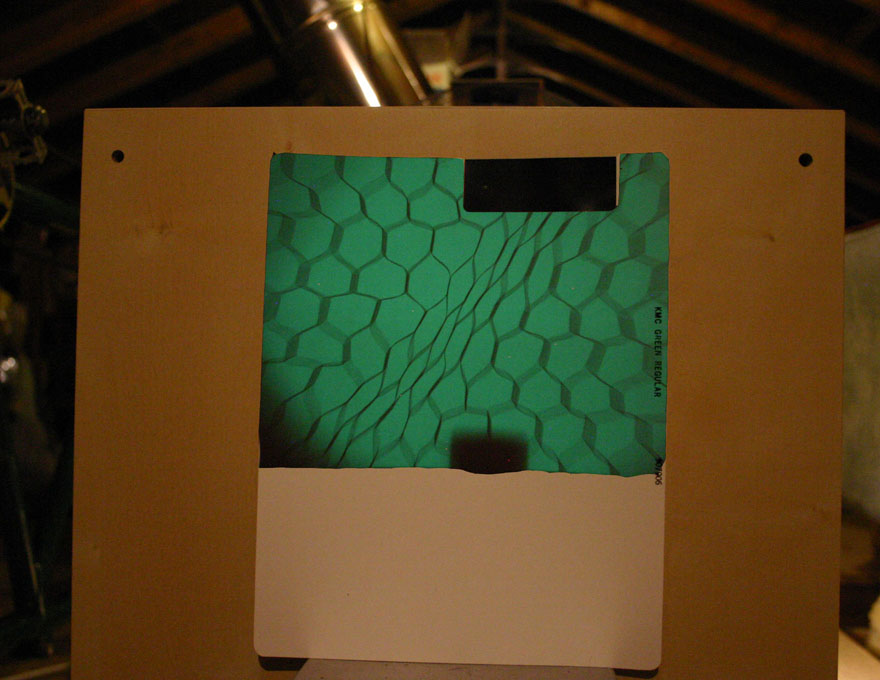 Meanwhile Matthias Wandel also acquired a honeycomb-filled slab, this one a throwaway tabletop. Deeming it unfit for shop use, Wandel strapped a helmet on and subjected the tabletop to a decidedly unscientific stress test:

Someone needs to get this man a job at IKEA's testing facility.