Biolite Has a Kickass Cooktop on Kickstarter 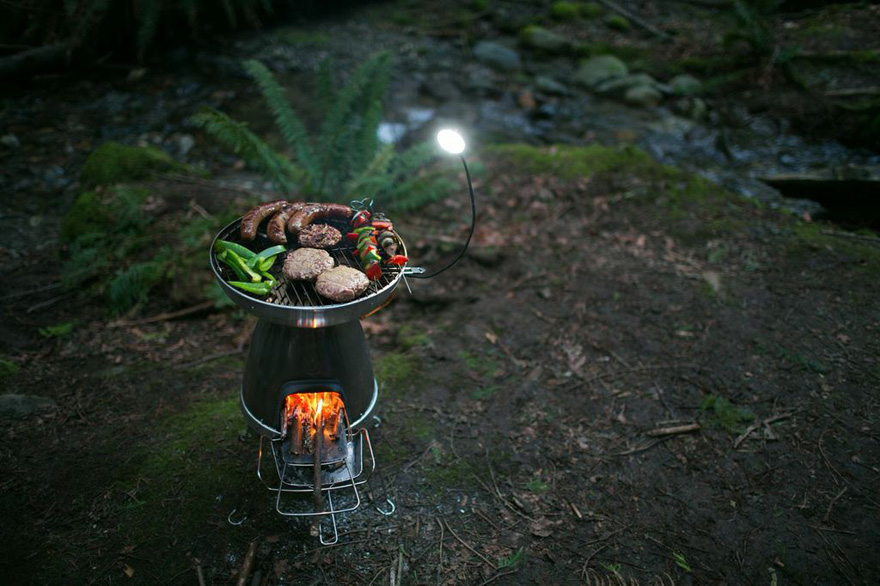 Biolite makes cool stuff. If you aren't already a card-carrying believer, you might remember them for their portable wood-powered cook stoves that also generate electricity. Originally aimed at increasing burn efficiency and reducing emissions in cook stoves (smoke inhalation is still the second most common cause of death around the world), the stoves they came up with were also just cool. The People spoke, and the fuel efficient, thermoelectric equipped, fan-powered, USB-charging stoves are now available both for indoor home use around the world, and as a camp stove for outdoor gear junkies.

People love these things, but they weren't satisfied. They craved more. More burgers that is. Biolite has been hit with requests for a larger portable stove since the get-go, and their current Kickstarter campaign is going to make it happen. The Basecamp is a sweet portable grill that builds on the earlier Biolite design successes and ramps them up. The power pack now puts out 5w and can store power, and they've added a "smart dash" so you can monitor the stove's heat and power output. With the increased size they added a lever to concentrate heat for a more efficient boil, and the fuel port is large and supportive enough for longer pieces of wood. Most crucially, you can fit eight burgers on this thing! That's just an estimate, since average burger size varies by region and gluttonousness, but a promising one. Ask anyone who's ever taken their tiny camp stove on a group trip: sometimes bigger is just better.

At just over halfway through their funding period, they've already met their goal 11 times over, and they just set a stretch goal that will put another crowd-chosen accessory into development. If you're an outdooring foodie you should pony up now while there are still sweet offers available. Get a USB powered LED light, so you can see how bad you're scorching your weenies in the dark! But wait, there's more: buy now and get a special edition djembe cover/protective carrying case! In all seriousness, these things are well-designed, super-efficient and fun to use. If I get one I might not make it out of basecamp.

Biolite Has a Kickass Cooktop on Kickstarter