Secret Projects from Inside Dyson's Skunkworks 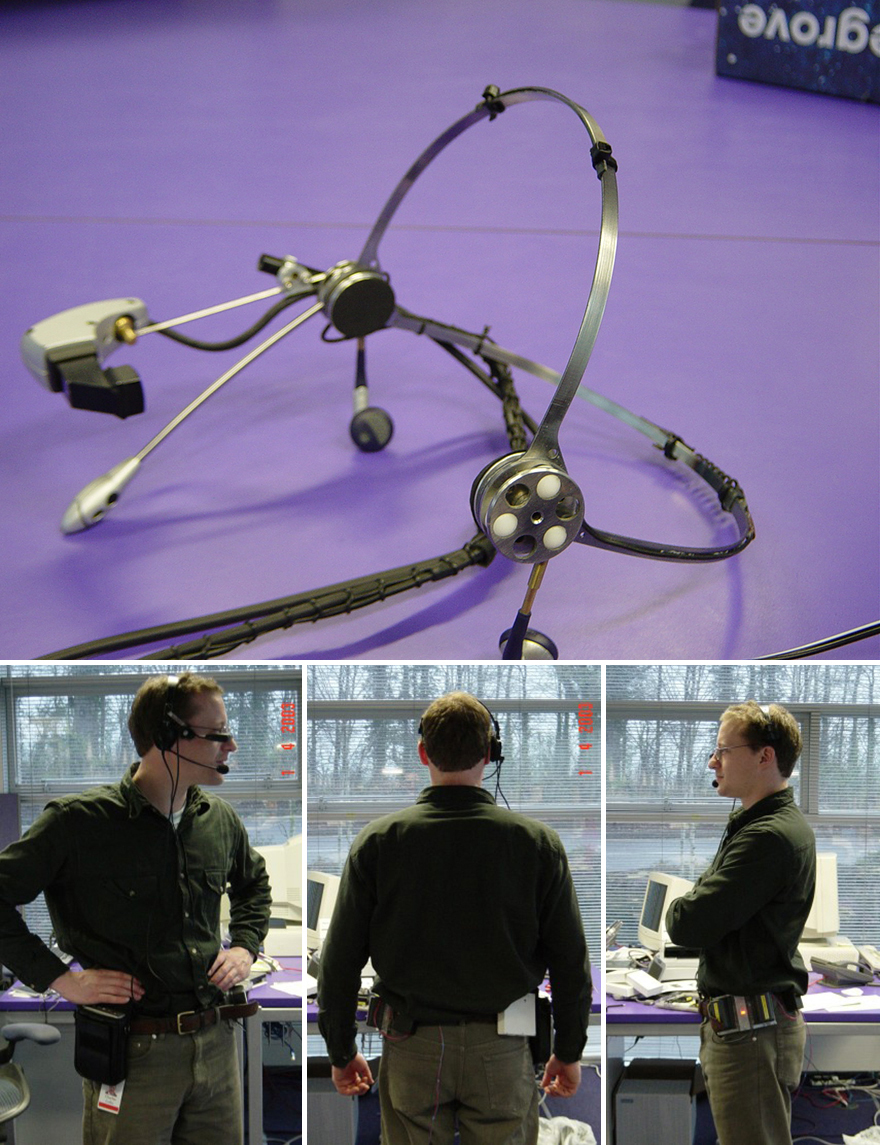 When last we looked in on Dyson, it was to show you their UK proving grounds in Malmesbury. We only got to see half of the R&D facility, namely, the testing area where they abuse the products that are going to market; but what's going on in the other half, in the skunkworks? Dyson spends a staggering £3 million on research a week—that's £428,571 per day, about US $718,000—an amount that they're planning on doubling. And now, for the first time, they're revealing some of their research projects that never made it to market.

Interestingly enough, one of the first projects they're revealing was started just four years after the company launched their first vacuum cleaner in 1993. In 1997, Dyson began looking around for other nails that could be driven by the hammer of their cyclonic filtration technology. The resultant research project was code-named the X007, known internally as the Diesel Trap: 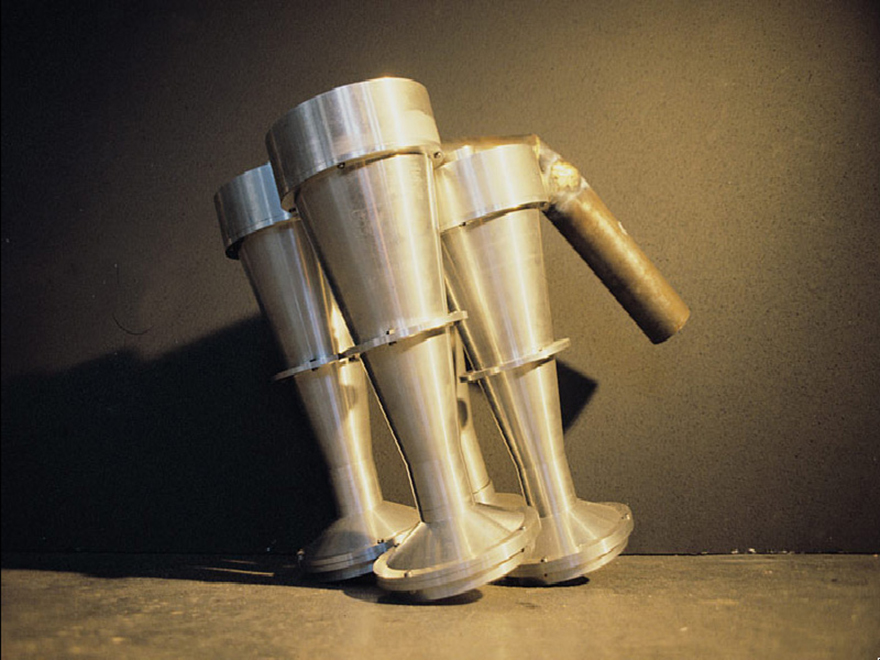 Air pollution contributes to approximately 30,000 deaths a year in Britain. It increases the risk of lung cancer, lung disease, heart attacks, as well as asthma and other respiratory problems.

Fine diesel particles are around 2.5 microns in size. The cyclones on Dyson vacuum cleaners can filter particles down to 0.5 microns, ensuring homes remain clean. In 1997, Dyson engineers began investigating whether this technology could be applied to diesel engines—to clean the air.

Initial prototypes focused on cyclones but the required energy consumption was too high. Condensing oil onto the small particles to increase their radius came next. But the particle size was inconsistent, allowing inaccurate results, so the focus turned to the use of electrostatics and the final system used an electrical discharge to ionize and collect these particles, which were then burned off in an oxygen rich environment.

At the time, Dyson had no plans to make a car. All too similar to James Dyson's battle with the vacuum cleaner bag market, manufacturers were not interested in the technology, instead turning to ceramic filters. Diesel engines now use particulate filters which clog, and as a result, drop in performance—the clogging particles are regularly burned off to improve efficiency. 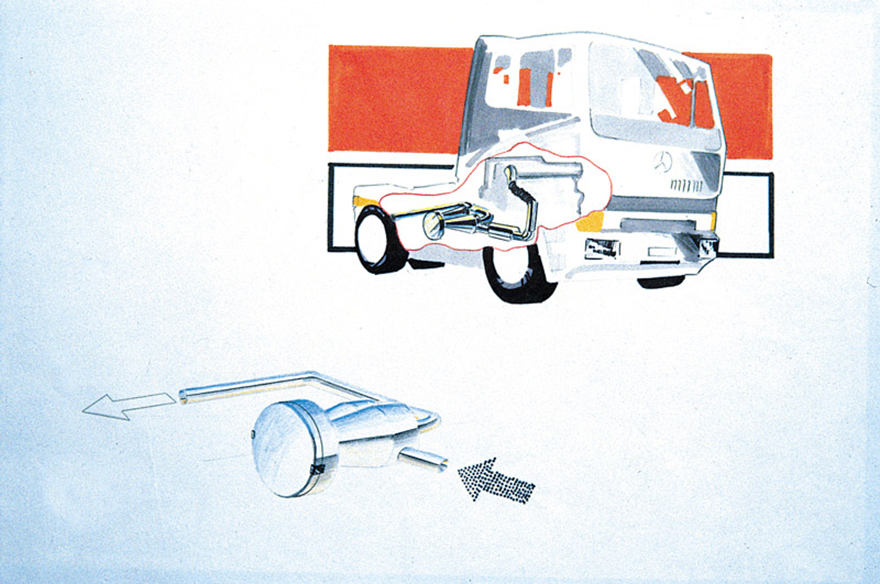 So far, so conventional, yes? But in 2001 they deviated quite a bit from cyclones with secret project N066, a.k.a. the Dyson Halo: 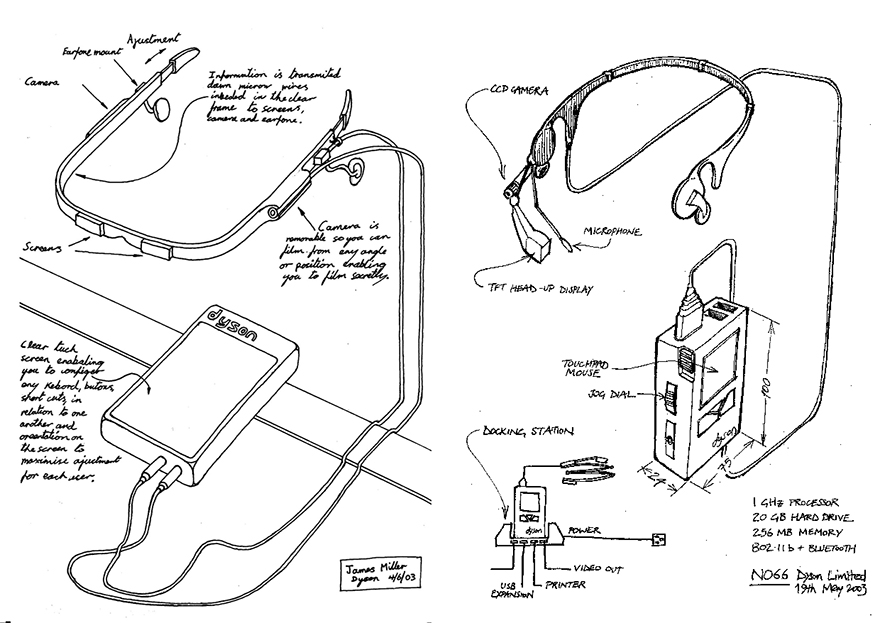 [We] began work on an augmented reality headset featuring a full-color 3D, heads-up display.... It was a portable, head-mounted, wearable computer, that could be carried in the user's pocket, but which worked as a communications device and PC. It had a headset that could be worn like a pair of glasses and used audio prompts and visual cues to overlay information on your surroundings. 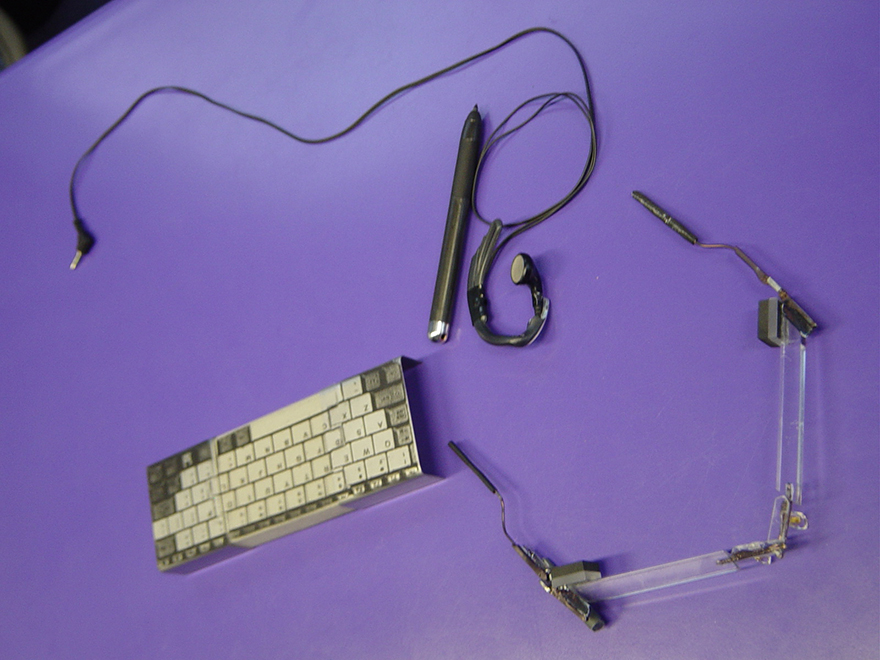 The Halo project ran for some three years, then had the plug pulled so company resources could be allocated towards expanding into the U.S. market. But interestingly enough, the company says that "Elements of the technology are now being used in future research projects." Dyson Glass, anyone?

This third, more recent project moved into a new category altogether: Energy. The Dyson Fuel Cell project involved the digital motors the company developed to drive their vacuums, and a team of ten engineers were tasked with seeing how the motor might be able to generate, not just consume, electricity: 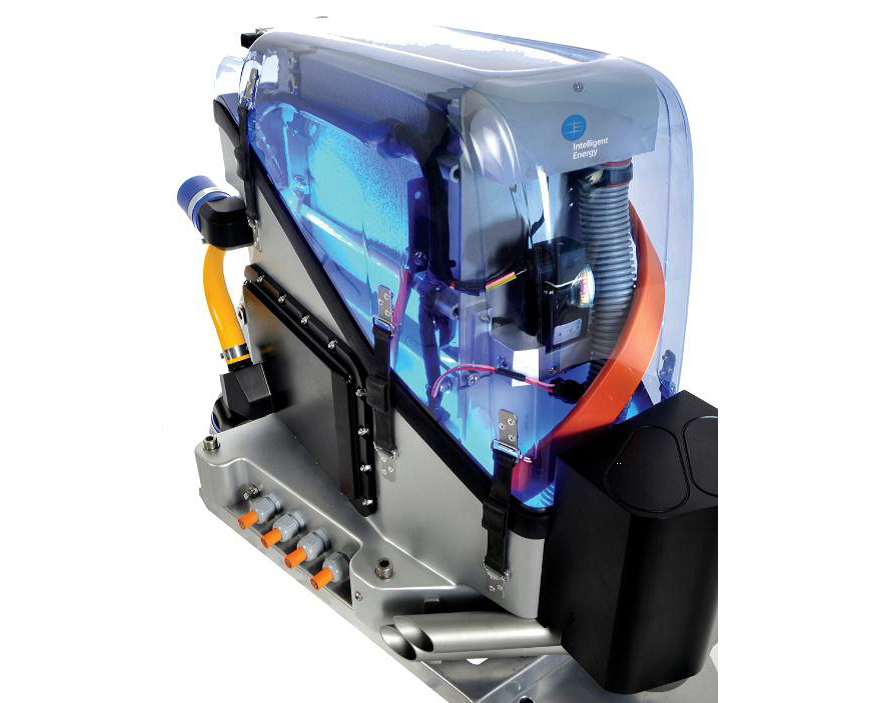 For three years, 10 Dyson engineers worked to adapt a Dyson digital motor so it could sit at the heart of a fuel cell. The aim was to increase performance while reducing size. The results were impressive. The compact, lightweight and highly efficient digital motor V4HF resulted in a 20% increase in power density and improved efficiency. The start-up time became almost 3 times faster.

Unsurprisingly the company won't reveal details of where that research might lead, but will only say "Now that the potential has been proven, Dyson engineers are exploring other possibilities for the Dyson digital motor."

These three projects are what the company has deigned to show us, and it has made us intensely curious as to what they're not willing to show us. The wearable computer project caught us off-guard, as they were tinkering with this stuff thirteen years ago, when the iPod was a new concept. What other unexpected areas might they be delving into? Over the years they've steadily been amassing employees with "expertise in fluid, mechanical, robotics, electrical, chemical, acoustic, motor, thermo dynamics, testing and software engineering, and is thought to be the only vacuum cleaner manufacturer with an in-house microbiology team"—and they're expanding the company to the tune of £250 million and 3,000 more jobs. Anyone have any guesses?

Secret Projects from Inside Dyson's Skunkworks