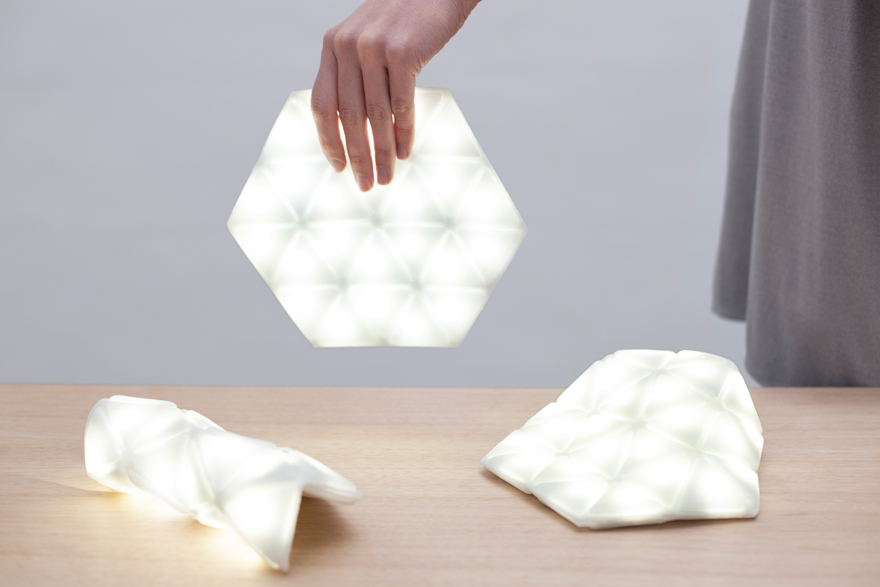 We first stumbled upon the work of Studio Banana via its 2012 Ostrich Pillow, the pillow-hood combo of Kickstarter fame. Now the studio, which prides itself on making what it describes as "fun, functional objects," is back with another product of a different animal moniker: the Kangaroo Light.

Observing human behavior, the Studio Banana team saw an opportunity for a multifunctional light for the multitasking individual. With its slim profile, flexible form and negligible weight, the Kangaroo Light can be easily squished into any aspect of your life. "Its funky hexagonal shape allows it to fit your lifestyle, whether you roll it up and turn it into a torch or take it camping for some outdoor light," says Shadi Ganjavian-Connor, the Communication Manager for Studio Banana, which has offices in Madrid and Lausanne, Switzerland.

As with the studio's other products, tangibility plays a large role in the Kangaroo Light. The light has a pyramidal, white, high-silicone exterior, giving it flexibility and, as an added bonus, making it splash-proof. "We were after a portable, lightweight and flat device that could be manipulated with one hand and that could fit inside a standard purse, bag or rucksack," says Banana co-founder Key Kawamura. "The triangular tessellation is the result of many tests looking for optimum flexibility and adaptability to the insides of different receptacles." After experimenting with various shapes, the team determined that something closest to a circle was less likely to get caught being pulled in and out of a bag. Merging the triangular tiles with the concept of a somewhat circular form, the team arrived at the final hexagonal shape. 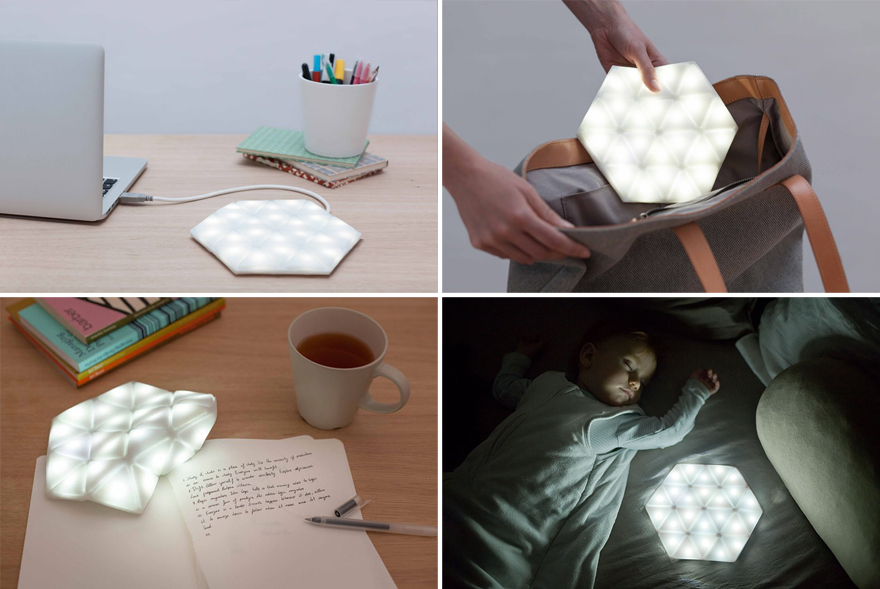 What lies beneath the Kangaroo Light's surface, however, is what sets it apart. The light can be activated by touch or motion, due to a built-in accelerometer and touch electrodes under the silicone surface. With 24 built-in LEDs, the Kangaroo Light emits a soft glow from one side of the device. "The LEDs are integrated in a PCB [printed circuit board], where we've miniaturized the Arduino code," Kawamura explains. "We're planning to leave an open gate for coders to customize the product via Arduino platform so they can play with its multiple possibilities." For instance, users could program the light intensity or quality to change as you poke or tap the device. The accelerometer adds an additional range of potential interactions, such as the ability to program the light to turn off when upside-down. (As for what built-in interactions users can expect, Studio Banana is currently keeping those features under wraps.)

To incorporate these pieces, the Studio Banana team collaborated with the Innovation Quarter at Bangor University in Wales, which has helped work out many of the technological aspects of Studio Banana's design projects. In this case, the Innovation Quarter was seamlessly involved in every step, integrating the PCB, accelerometer and electrodes into the device. "We work so closely together that it's difficult to say exactly in what part they were involved," Ganjavian-Connor says. 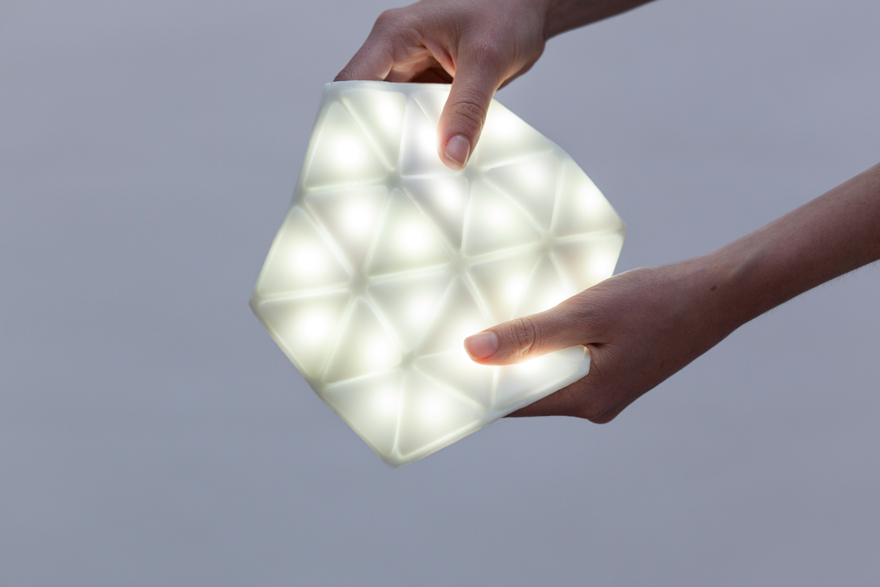 With two successful Kickstarter campaigns under its belt, it was a natural decision for Studio Banana to turn back to the crowdfunding platform for its third product. Banana's first Kickstarter attempt, the Ostrich Pillow, was fully funded within five days, ultimately raising nearly £200,000, or almost three times the goal. Its sequel, the Ostrich Pillow Light, hit its funding goal within 72 hours, raising a total of £94,211—close to four times what the studio set out to raise. Midway through its current campaign, the Kangaroo Light is gaining traction more slowly—it's a little over halfway to its goal of £50,000 with 14 days to go.

Asked what lessons Studio Banana has learned from its previous Kickstarter campaigns, Ganjavian-Connor cites the importance of clear communication above all else—both in the initial Kickstarter push and throughout the duration of the project, when keeping up communication with backers has proven key. "Using Kickstarter makes the innovation process easier, allowing the end user to drive the project," Ganjavian-Connor says. "They tell us what they want and don't want." Building off of the fans who swelled up around their last two projects, Studio Banana has kept in touch with many of them, relying on them for feedback on future products. "Many of our Kickstarter supporters have supported all three of our projects," Ganjavian-Connor says. "This means the world to us and makes our team effort really worthwhile."