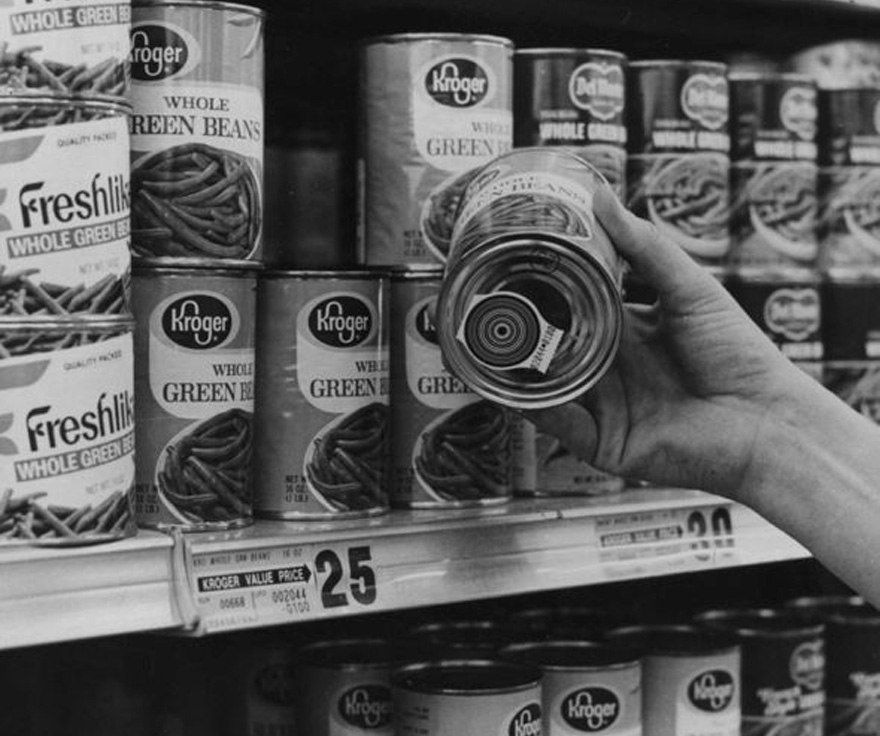 Today in Things-We-Take-for-Granted history: Barcodes turn 40! The now ubiquitous barcode has a slightly convoluted origin story—automated checkout was first proposed way back in 1932 by Wallace Flint, then in 1949 a symbol reader for that use was patented by Norman Joseph Woodland and Bernard Silver, but not developed further. However, it's agreed that George Laurer is the inventor of the modern bar code.

Despite recognizing that manual check-out is a point of inefficiency and human error in retail operations, it took until 1970 for technology and design to catch up to the need for a better system. In that year a corporation made up of the American grocery industry's leading trade associations (called the UGPCC, for the Uniform Grocery Product Code Council) established a standard numeric system for identifying products—the basis for the Universal Product Code, or UPC. A good first step, but hand0keying 11-number serials wouldn't have been much of an improvement, so they reached out to every tech company they could for ideas. While many had previously developed optical and scanning equipment, IBM hadn't made a splash in that department, despite having early pioneer Woodland on staff! With blessings from Woodland, the IBM project was spearheaded by George Laurer, whose contributions are beautifully explained in a recent 99% Invisible episode. 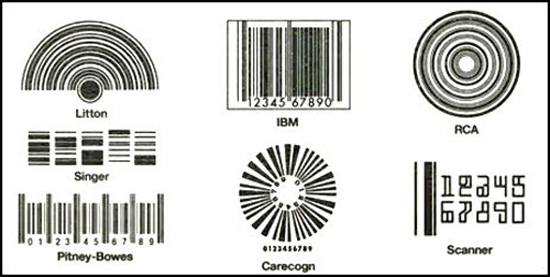 Up until that point, the closest approximation of a feasible barcode was a target-shaped graphic with concentric circles of varying thicknesses carrying the requisite information. The round shape was elegant in its way, but presented serious issues for visibility and printing. Laurer flattened this design out into a neat rectangle, and built both the code and the physical reader needed to implement it.

So it came to pass that early the morning of June 26, 1974, in scenic Troy, Ohio, the first UPC was scanned in a grocery store (probably without that satisfying bleep). The first item to earn use by this complex and powerful new system? Juicy Fruit chewing gum. That pack is in a museum, and the barcode was unanimously approved for use by the UGPCC.

At first, the UPC was a fairly slow sell, dragged out by standards-setting and relatively high adoption costs. But the barcode sure has stuck around. Arguably most appreciated by impatient line-standers, the usefulness of the barcode is deeply felt by anyone managing inventory or monitoring sales. By integrating the code into packaging, it allows massive amounts of data to be accurately kept and monitored, empowering both large and small businesses... and chagrining most packaging designers. Do yourself a solid and do a little digging for some of the original and original barcode designs.

Here, if you must know, is a video explanation of what those numbers and stripes actually mean: