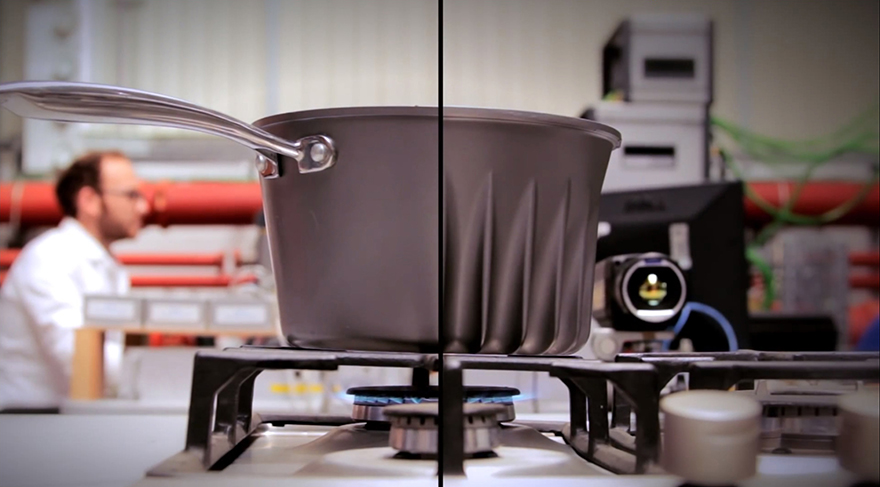 In recent years we've seen some neat re-thinks of basic cookware, from a self-stirring pot to Mike Whitehead's CNC-milled cast iron skillet. Now a rocket scientist from the UK, Dr. Tom Povey, has designed a line of pots and saucepans that boast astonishing efficiency.

Oxford professor Povey knows all about influencing temperature changes, as his day job in the Osney Thermo-Fluids Laboratory involves thermodynamics and jet engines. And whilst engaged in his hobby of mountain climbing, Povey ran into the problem of trying to boil water at high altitude, which takes longer than it does at sea level, burning more of the precious fuel you've hauled up the mountain. After realizing that much of the heat in conventional cooking is wasted, he set about designing a more efficient pot with this assistance of some fellow lab brainiacs.

"The problem with the current shape of [existing cookware] means a lot of the heat is dissipated into the air," Povey told The Telegraph. "So, it is an aerodynamic and heat transfer problem and we applied the science used in rocket and jet engines to create a shape of a pan that is more energy efficient." 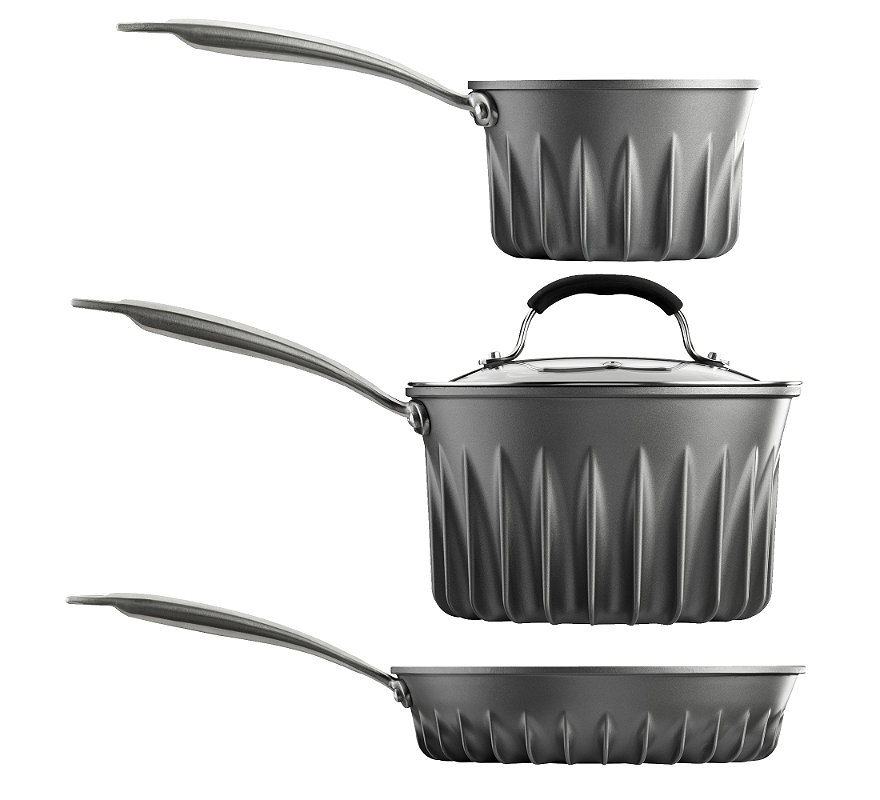 Povey's radical-looking cast-aluminum Flare line, which UK kitchenware brand Lakeland began selling last week, employs something you see on turbines: Fins. These carry the heat from the base to the sides more efficiently, reportedly cooking food some 44% faster than a conventional pan. And a conventional pan requires 40% more energy to achieve the same results as you'd get with a Flare pan, making it ideal both for camping—less gas to carry—as well as appealing to kitchenbound consumers for both the energy savings and the evenness of the cooking. 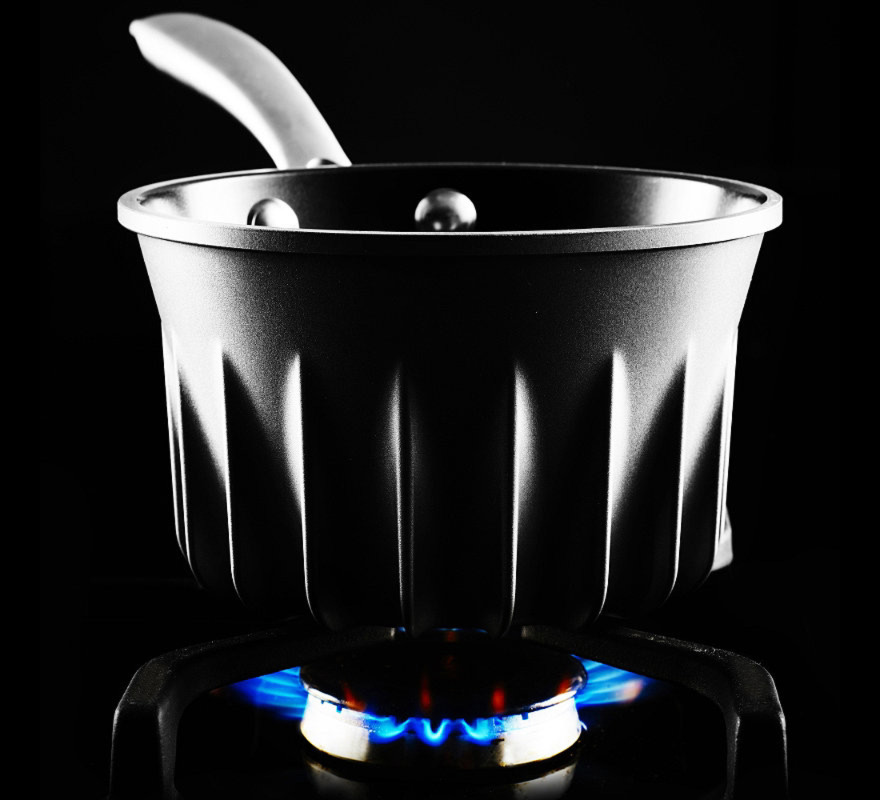 Modest Brit that he is, Povey doesn't chalk the pan's success up solely to the design, but instead shares the credit with the manufacturer: "We've done a number of test kitchens and the chefs seem to like it, mainly down to the even heat distribution. But that is down to the good casting of the pan, as well as the product."