Tools of Design Representation and Conceptual Design Practices, by James Self 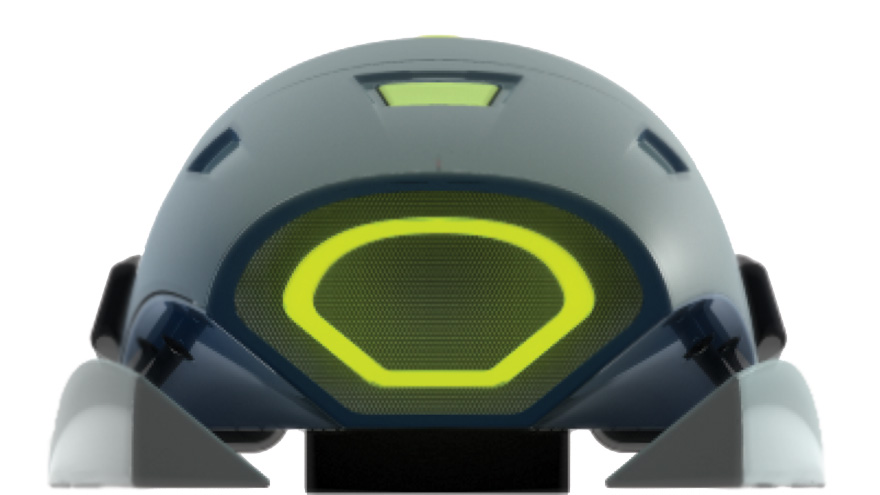 This is the third article in an ongoing series by Dr. James Self in which he explores designers' approaches and tools in support of a thoughtful, reflective design activity.

CAD vs. Sketching, Why Ask? · To Design Is to Understand Uncertainty · TDRs & Conceptual Design Practices

From thumbnail sketches to low fidelity models and prototypes to test rigs, CAD concept renderings, illustrations, mock-ups and visualizations, designers embody their design intentions using a variety of Tools of Design Representation (TDRs) during conceptual design in an attempt to provide creative solutions to often ill-defined design problems. The industrial designer employs TDRs with two objectives in mind. First, they provide a means to describe, explain and communicate design intentions to others. Second, they are used to reflect upon and develop one's own design intent towards emergent—but still conceptual—solutions. As such, TDR use is a critical component of conceptual design practices. In a previous Core77 article (CAD vs. Sketching, Why Ask?), I responded to what I see as a limiting and somewhat circular debate on the role and use of CAD tools during conceptual design, drawing attention to the fact tools are only tools insofar as they are used as such to achieve a purpose. That is, the effectiveness of TDRs (CAD and sketching included) is dependent upon both context of use and, critically, the designers' own skills, knowledge and judgment in their application.

In light of the dizzying array of digital, conventional and hybrid tools now available to the designer, this article builds on some of the issues previously touched upon. I aim to move beyond anecdotal accounts of this or that best tool, way of working, method or media in this or that context or working environment towards the fundamentals of TDR use during conceptual design practice. What kinds of fundamental designerly knowledge, skills and practices underpin effective and productive engagement with and use of TDRs during conceptual design? I believe that knowledge of these fundamentals is required both to develop more effective digital design tools and to contribute to design pedagogy alongside the more traditional studio teaching environment of practical skills acquisition.

Fortuitously, design research over the past 30 years provides us with important insights into the act of designing and the kinds of thinking it involves. Donald Schon's seminal work (The Reflective Practitioner, 1991) on the notion of design as a reflective practice has been influential in providing a means to understand design activity and tool use. Briefly, considered through the lens of reflection-in-action, design activity is characterized by reflection (considering what has just been done, such as reflecting upon a sketch) and action (revising a sketch or CAD model in light of reflective understanding). Within this iterative process of reflection and action, the representation or embodiment of design intent is critically important. The designer must externalize design intentions through TDR use—sketches, drawings, notes, CAD models, physical prototypes, etc., of varying levels of fidelity—in order to reflect upon, test, and develop design ideas.

Important in influencing the nature of this reflection-action is the distinct character of the design problem. Design problems, unlike problems in the sciences, may often be ill-defined or wicked. The primary feature of these ill-defined problems is that there is and cannot be a single correct solution to the original problem but that there are many possible outcomes. In fact, there may potentially be an infinite number of possible solutions and a limitless number of ways to proceed towards a final design solution.

Harold Nelson and Erik Stolterman (The Design Way: Intentional Change in an Unpredictable World, 2012) describe this engagement with the design problem as a search for an ultimate particular. The designer must come to a solution that is itself new or particular in relation to any other solution that may have come before, one that must provide a best or ultimate possible result given the designer's emergent understanding of the design problem. 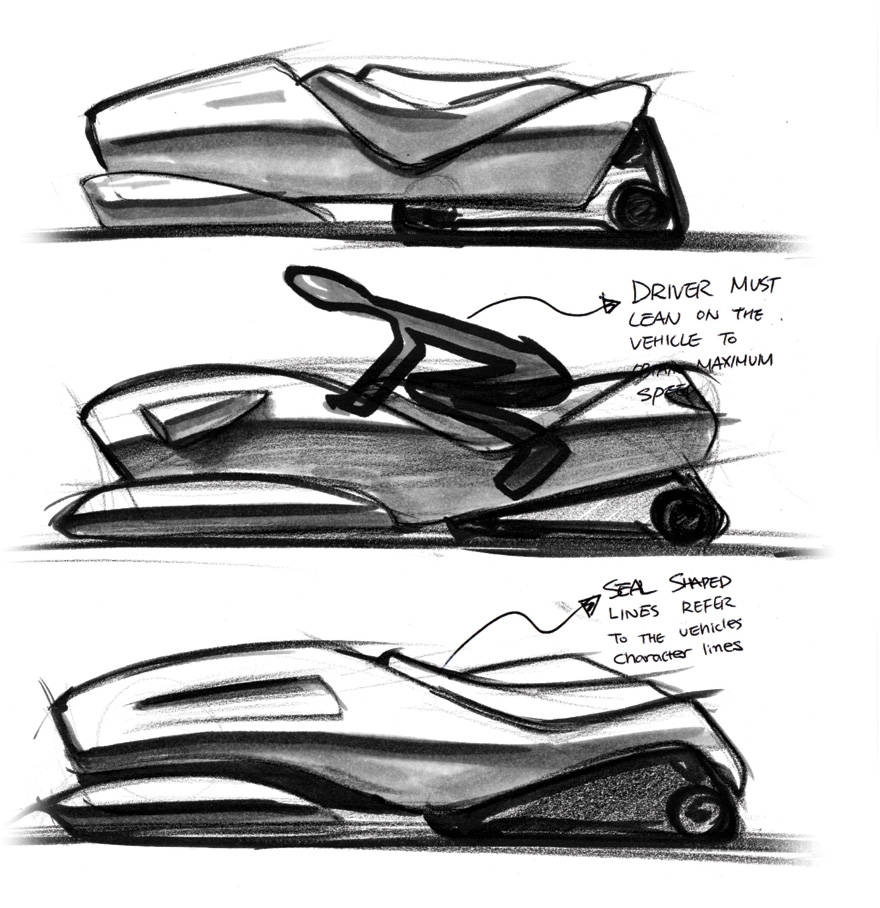 In order to progress towards an ultimate particular or best solution, the practitioner must first move to engage or frame the design problem. To support this process of problem framing, the designer deploys many tools and strategies (including TDRs) while drawing on his/her own skills, knowledge and design expertise. This may include information related to the nature of the problem, user requirements, contexts, target markets, analogies to existing solutions, heuristics, processes of manufacture, materials, costing models and calculations. The industrial designer, in a situated activity of reflective practice, will draw upon personal skills, knowledge and judgment in order to frame the ill-defined design problem. This framing then influences the representation of design intentions, typically as sketches and drawings, and sometimes as CAD geometry, models and prototypes.

Design representation, as a means to support design thinking, has also attracted much attention in design research. The introduction of new tools and technologies--from CAD/CAM and later RP to digital sketching, haptic and illustration tools--has sparked interest in the role that representation plays in support of design practice, particularly at a conceptual stage of design ideation and development. 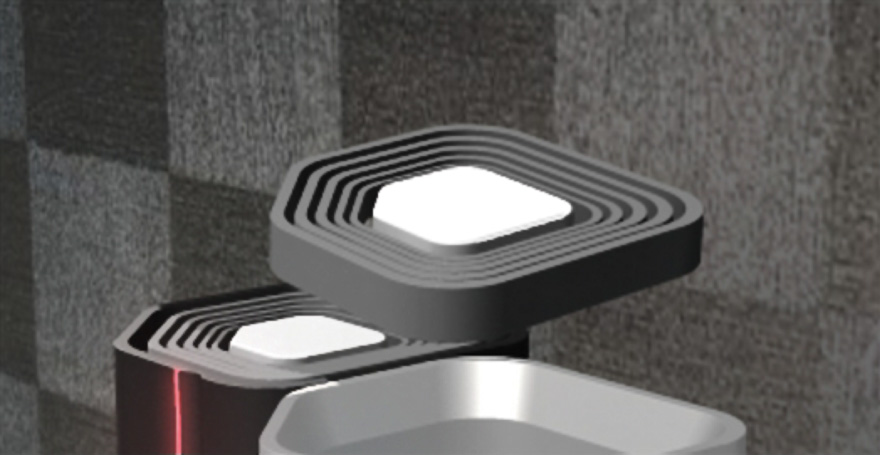 Figure 3: Cad visualization for communication and development. A vertical, convergent practice...? Yes and no.

The inherent characteristics of the tool-in-hand (the TDR in use) can and does have an influence upon reflective practice. However, this tool-focused approach overlooks one important factor. As the German philosopher Martin Heidegger once said, 'A tool is only a tool insofar as it is used as such to achieve an expected goal'. That is, the designer brings his or her expertise, skills, knowledge and judgment to TDR choice and use (or lack thereof); their understanding of a tool's strengths and limitations, in terms of the requirements of design practice (or lack thereof), has clear implications for the extent to which the design tool influences the design practice.

For example, the use of CAD has often been criticized for its inability to easily allow lateral transformations, the more specific or fixed representations that CAD constructs and its inability to provide opportunities for iterative exploration. Taken together, these observations appear to be reasonable. CAD, by its nature, is a process of vertical construction. Representations are built vertically. The designer seems to be constrained by the algorithmic nature of the CAD software, by its icon and tool based interface, which favor and promote a more gradual process of construction. Design representations in CAD, by their very nature, appear more certain, less conceptual and so less open to interpretation. The argument follows thus: CAD tools constrain the exploration of the ill-defined design problem, during conceptual design, to the extent that this software inhibits the designer's ability to take a pluralistic, solution-focused approach to problem framing and the identification, exploration and selection of alternate solutions. This is because exploration and iterative divergence are essential to identifiying a better or more appropriate design solution during conceptual design ideation and development.

This sounds reasonable in principle and has been cited in research on the use of CAD as influence upon design activity. However, such a tool-oriented view of TDR choice and use does not account for the role and influence of the tool user, i.e. the expertise and experience of the design practitioner. To focus upon the intrinsic limitations of the tool fails to account for the influence of the tool user; their skills and ability (or inability) to engage and use TDRs in the generation and development of design solutions that go beyond the tool-in-hand to consider tool use in the context of the requirements of design.

In this regard, the successful use of TDRs in the proposition and development of conceptual design solutions depends not only upon the inherent qualities of the tools themselves, but more critically the designer's own skills, knowledge and expert judgment in their use and application in support of the competing requirements of conceptual design. Within this context, the tool itself, its affordances and limitations, are at the bequest of the tool user. If TDRs, CAD included, are deployed with informed skill, judgment and expertise, the tool and its influence upon practice quickly become inconsequential as the skills and judgment of the designer take precedence. If not, we get the glossy CAD renderings of irrelevant and inappropriate designs that often populate the portfolios of inexperienced design students, or the slavish dependence upon a particular CAD tool, as too often seen in design schools, where CAD is perceived as some kind of design antidote by students yet to master the fundamentals of TDR use.

If we re-orient our focus towards the skills and expertise of the tool-user, the tool's influence upon creativity during conceptual design becomes something of a misnomer. That is, a tool has no influence upon anything until it is used. With a greater focus upon the influence of the tool user as use relates to a relationship between design tool, design representation and creative design practices, we may start to uncover the fundamentals of designerly skills and knowledge in TDR use.

So, what are the fundamentals of TDR use during conceptual design and how might they relate to current understanding of best design practice? Here we can do no more than pose the question in an attempt to move the discussion on from what is often a somewhat limiting argument centered on the strengths and limitations of individual TDRs.

Through this fresh perspective we may draw closer to understanding the role and influence design expertise and judgment play during reflective, conceptual design activity. This may then act as a foundation for understanding the fundamentals of conceptual design practice, which can be taught alongside the skills of TDR use. Moving beyond the prescriptive adoption of tools and techniques, we require answers to the fundamental question of why, where, when and how tools are used by experts. These answers will not come from CAD manuals or 'how-to-sketch' books (important as they undoubtedly are). Instead, we must strive to understand design ability, and how a designer's use of design representation during conceptual design practice offers opportunities to understanding the requisite thinking, knowledge and designerly skills for the generation and development of creative design solutions. This knowledge may then inform an understanding of the fundamentals of TDR use during conceptual design which may be used both in the development of more effective design tools and the teaching of more effective tool users.

More from Dr. James Self:
» CAD vs. Sketching, Why Ask?
» To Design Is to Understand Uncertainty
» Tools of Design Representation & Conceptual Design Practices

Tools of Design Representation and Conceptual Design Practices, by James Self