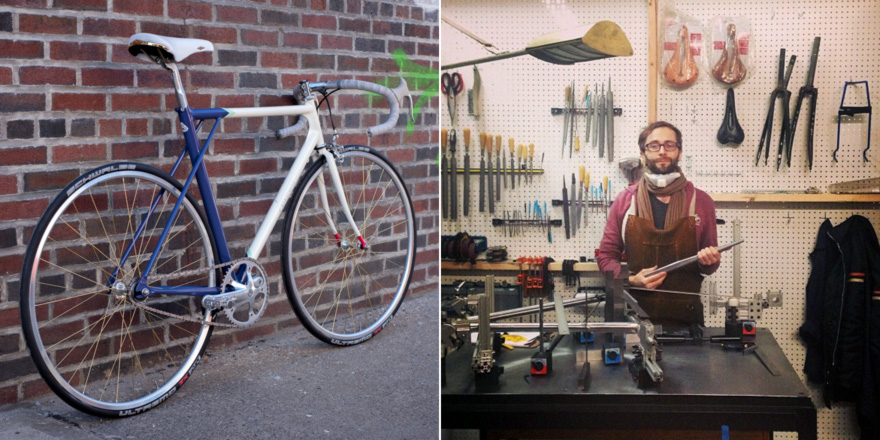 Once again, Core77 is pleased to be the media partner for the Bike Cult Show, which will once again bring the very best custom framebuilders in the Northeast region to New York City this month. Set to take place next weekend, August 16–17, at the Knockdown Center in Queens, the second annual Bike Cult Show promises be bigger and better than before. Previously, we heard from Brian Chapman; here we have relative newcomer Mathew Amonson of Airtight Cycles.

I was born on a cattle ranch in the Rocky Mountains of Idaho. Before I could walk, I was on a horse with my dad—it was like riding on a dragon! We moved to a small city with amazing roads and no horses. Every kid in the neighborhood had a BMX and we would roam the streets in packs of 5-to-8 year-olds. I was so used to riding around, I would head off on my own at five years old, and ride through the neighborhoods and parks and head to my favorite bluffs and scale a massive letter "I" (for Idaho State University) while avoiding the junkies. If my parents had known, they would have freaked out, but I didn't know any better. A bike for me was freedom: I could go anywhere at any time (if I could escape the parent "caring and safety" net).

I ended up studying Film at SFSU and then pursuing another childhood fascination of mine, stop-motion animation. Stop-motion taught me extreme patience and attention to detail and quality fabrication processes. I co-founded a stop motion studio in New York, which is enjoying a great run of success as we speak.

Like many people of my generation, when I moved to Brooklyn, I immediately got a bike so I could avoid the G train. I then started riding past the L, then over the bridge, then a few more, and pretty soon I was riding everywhere. 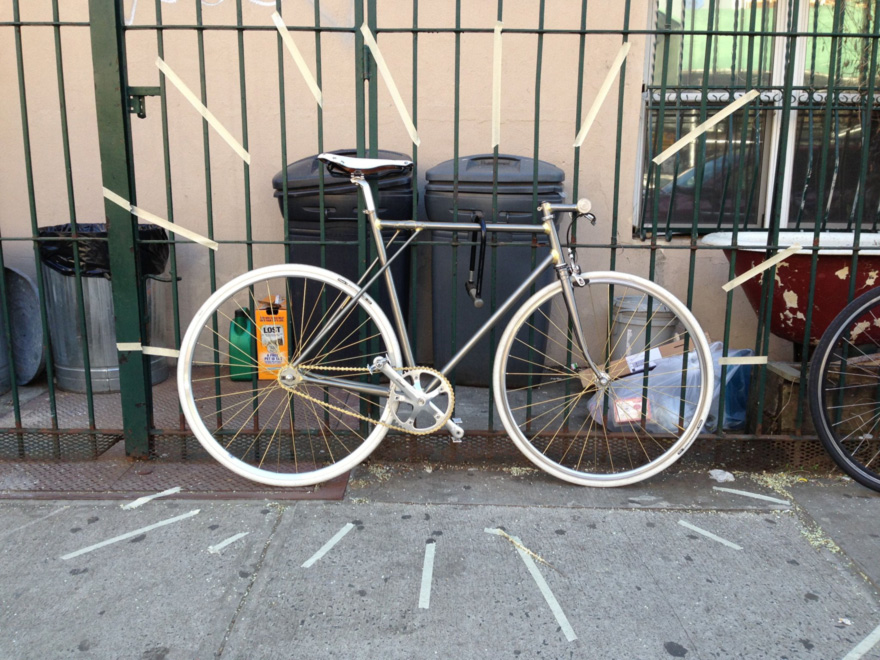 I'm sure many people will agree. Cycling is a very equalizing and liberating way to travel around the city. Exercise, speed of transit, etc... and you get to FLY! I began fixing my own bike, replacing components, and eventually building up entire frames with components. Like many people in the Rockies, I come from a background of hands-on DIY fabrication and repair—building houses, fixing cars and electronics, etc.

One day, it hit me, when I stripped the paint off a beautiful old fillet-brazed Reg Harris frame and I was struck with how beautiful the quality of the craftsmanship was. I wanted to make one! I did a massive amount of research and grabbed any books and materials I could find. I made my first frame completely on my own—I took a torch safety class, bought some basics and slowly worked my way through the process until I had a complete frame. It rode well and I was really proud of my unique design, but I also recognized all the flaws and knew that I needed to seek a proper master to take my skills to another level. 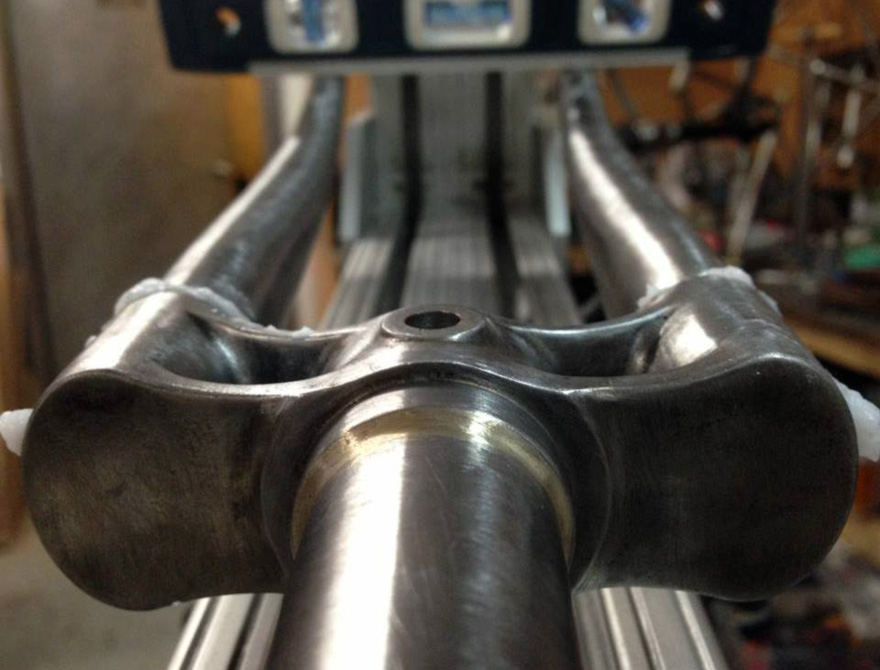 While I was looking at contemporary builders whose work I admire—Bishop, Icarus, and others—all roads pointed to Koichi Yamaguchi. Yamaguchi is a master frame builder from Japan who grew up in his father's machine shop and made his first bicycle when he was in elementary school. After standing out in 'elementary' framebuilding scene, he went on to co-found Cherubim Cyclone, which then became 3Rensho, one of the most acclaimed bicycle companies in Japan. Then, after building thousands of frames for champion Keirin racers in Japan, he came to the states, where he built for Proteus, helped get Serotta back on track after they lost top builders and eventually ended up working with the U.S. National team. World-class cyclists won several championships riding his bikes. And finally, after leaving the U.S. team, he started taking on students. There really was no other choice. I went to Yamaguchi.

Yamaguchi teaches precision building with minimal tooling and effective ways to gain heat control and lay down a proper fillet as well as smooth cleanup work. (He also has a photographic memory and a ton of stories to tell.)

I asked Yamaguchi what he thought of my design and he validated my theory. Lowering the seat stay on the drive side means less energy loss to the frame flexing and the energy is transferred to pushing you forward. He went on to explain that his first world champion track frame had asymmetric stays (and a really crazy design). 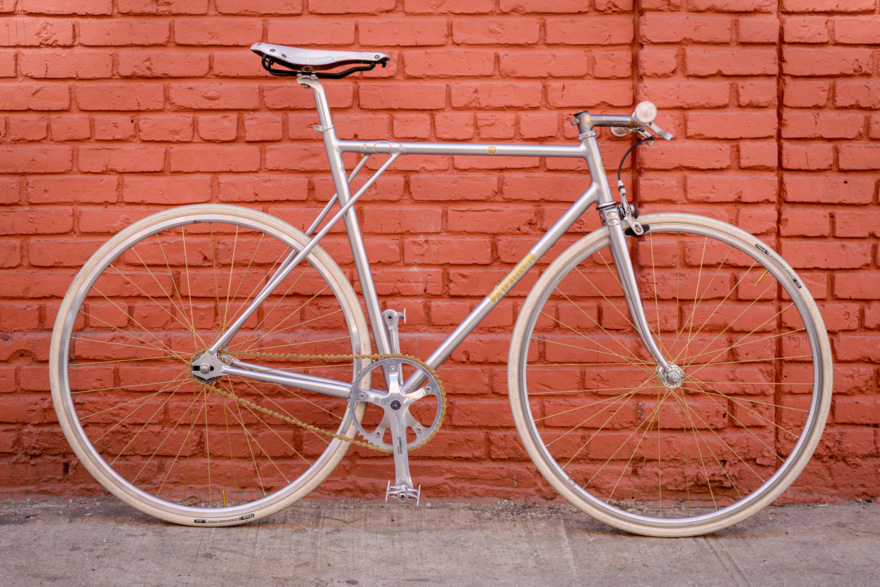 I came back to Brooklyn and attempted to recreate a work flow as close as possible to that of Yamaguchi and I get to work. I'm very proud of the level of work I'm now able to achieve, but I follow Yamaguchi's philosophy that every bike you make should be better than the last. His craft and work ethic are an inspiration to me and if I can achieve a fraction of his skill level, I'm very happy.

Right now, every single bike I'm building is my dream bike—every time I make a frame, I get throw myself into it completely. I want it to be the best and most beautiful bike I've ever made. Right now I'm focused on what I'm calling my Möbius frame with staggered Hellenic seat stays. I'm also enjoying designing my own components such as my Hermes Pista track ends, which I should have on display at Bike Cult.

As a new builder coming from the very cutthroat world of advertising and commercial art, I'm impressed by how incredibly open, genuine and warm everyone in the framebuilding (and in the biking community in general) is. I'm very lucky to be a part of it and the future is looking bright.

To me, Bike Cult is about framebuilders sharing what they do. There won't be any awards. There won't be tons of huge sponsors. This is a show where you can actually go meet and talk more incredible builders directly than you will probably get a chance to do at NAHBS (NAHBS also being a really fun show). 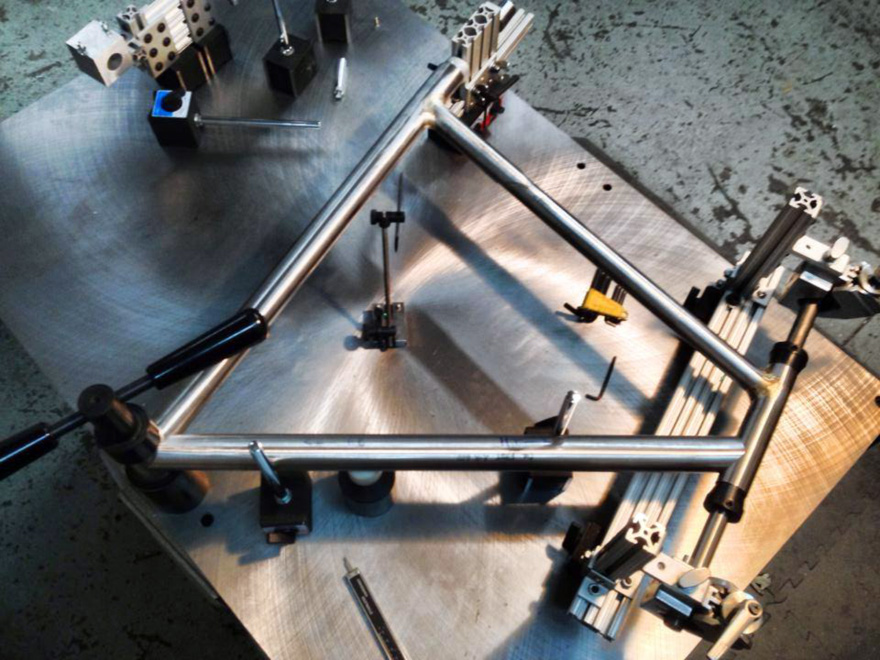 Besides the plethora of incredible builders that came before, I look for inspiration in art, sculpture, architecture and product design. Tools are becoming more affordable for people to do amazing things with less resources. It's a very exciting time to be building!

Meanwhile, huge changes are happening in this city. In the past seven years, bicycle ridership has gone up 700%. 700%! Isn't that insane? At the same time, the number of accidents didn't rise. You could look at it like biking has gotten 700% safer. Those are amazing statistics! Of course, there are countless things we need to develop further and to create more and safer spaces for bikes and pedestrians. It won't stop. New York is arriving. It's a great time to have a bike in the city! 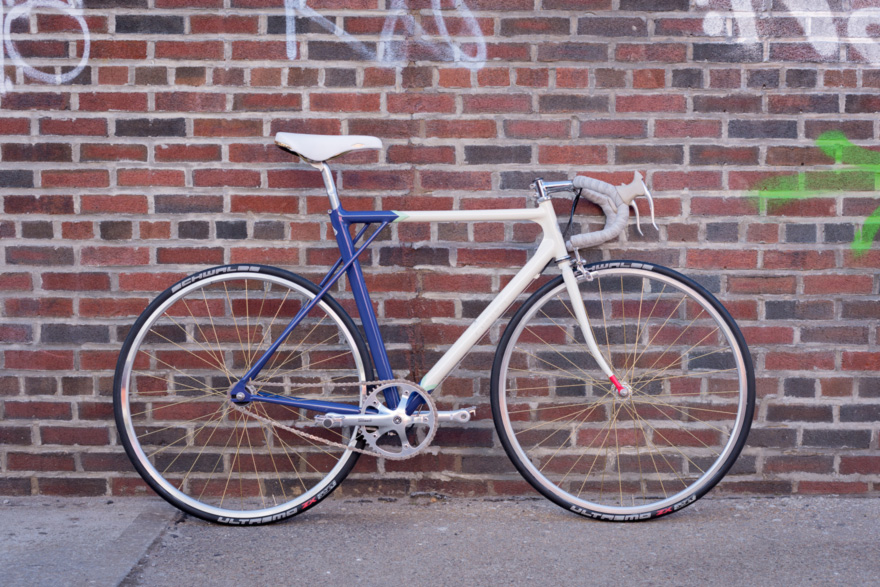 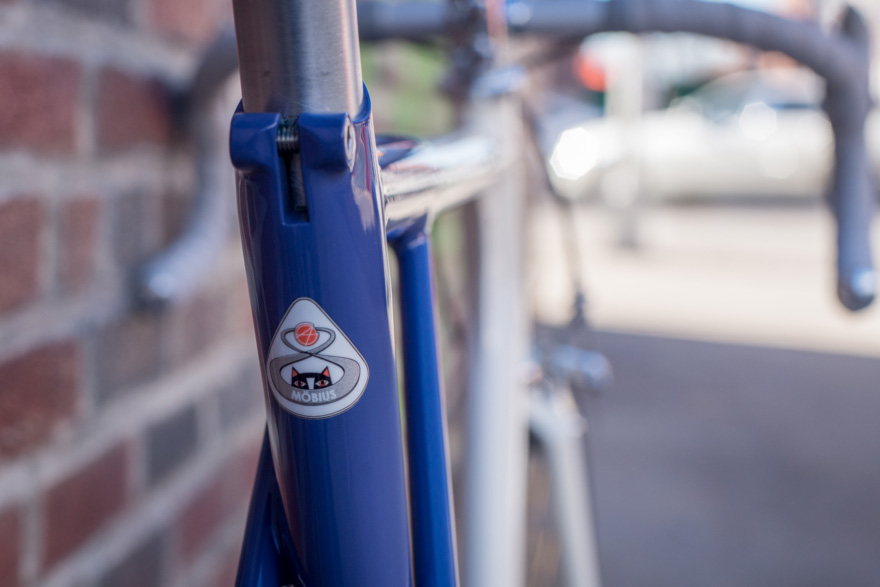 Check out the Airtight Cycles booth at the Bike Cult Show, August 16-17 at the Knockdown Center in Queens!