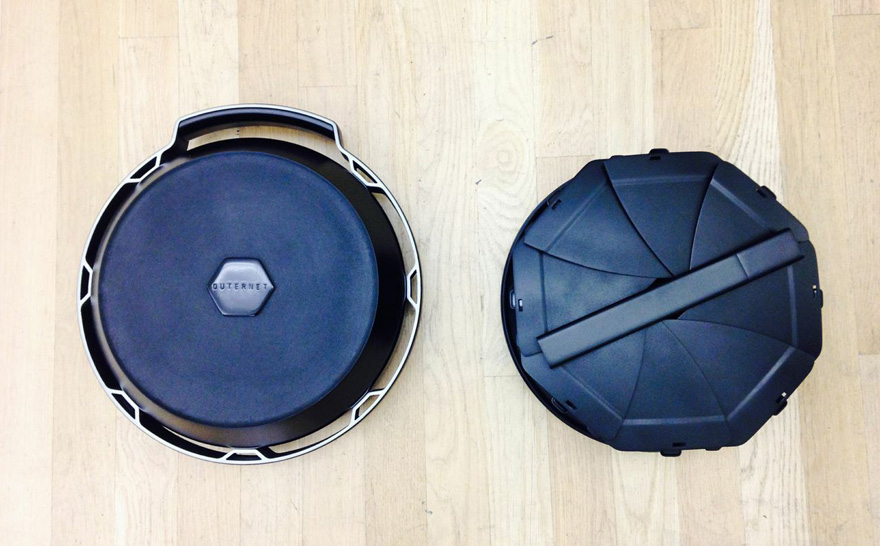 If you care about the power of free information, you may have heard of Outernet, an ambitious new project aimed at ending information inequality, eliminating censorship, and bringing data to distant places. The world may be well into the Information Age, but less than 40% of the global population has Internet access! That's bad for democracy, bad for innovation, and bad for business worldwide. What Outernet proposes is to take the heart of the Internet—free information—offline, and deliver it to anyone with a satellite dish using small cheap satellites, the existing geostationary satellite network, and simple hardware. It's a lot like a radio-transmitted library. As they put it, they offer "information for all from outer space. Unrestricted, globally accessible, broadcast data. Quality content from all over the Internet. Available to all of humanity. For free." For more details, check out LA Times' excellent infographics.

To get out of technical start-up talk and into people's hands, Outernet reached out to Code and Theory to help them level up. Why would an international humanitarian tech project work with a digital agency on prototyping? It's a good question, with an I.D. twist. To learn about building the Outernet satellite receiver and how Code and Theory helped, I spoke with Geoff Baldwin who heads their new but busy Industrial Design group.

Core77: Tell me about what you do at Code and Theory

Geoff Baldwin: I'm the director of Industrial Design. Code and Theory is known for its long history of doing digital design and interactive experiences. In the last 5 or 6 years we've become more known for digital agency of record for major brands, for doing social campaigns, and different digital advertising-ish things, so the idea was to build an Industrial Design team inside of this existing digital creative culture to do everything at once. To be able to design the thing, the interactions around it, and the story about it all from the same point of inspiration. 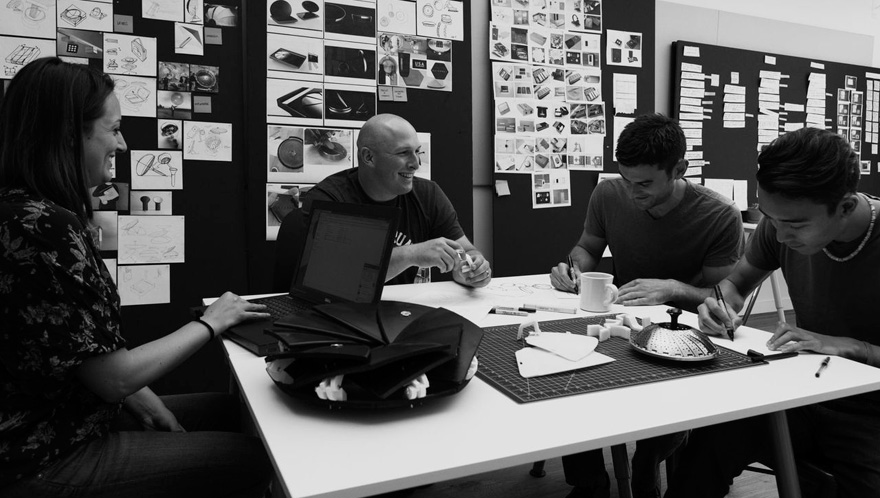 So you're just control freaks.

I refer to it as creative greed! I'm not a control freak, but design is about making decisions, and the more decisions you can be a part of the better. So for us, it's most exciting to design products and messages together. To be honest, my dream is to design an amazing product and the Super Bowl commercial that airs it. I don't think that's ever going to happen for me, but you gotta shoot for the moon! For clients it's a huge opportunity, everyone has opinions about all this stuff, but we can actually execute on all of it!

I came to C+T after working as a Design Manager at LG Electronics, and before that I was a Senior Designer at Lunar in CA, and at IDEO at their Chicago office. At IDEO we worked similarly across multiple platforms; the difference was that we would rarely execute something to the same final degree. Here we have people writing every inch of code, and mechanical engineers dialing every single rib and radius, and content producers making every single ad.

How long has the move into I.D. been in the works and where did it start?

About two years. One of C+T's oldest clients is Comcast. We'd been doing a lot of stuff for them—different sites, different products, a lot of digital. A point came where they wanted us to take those digital experiences and imbue them in the physical objects that they also make. I first came on to design a set-top box and remote for Comcast, which was announced a year ago and will be launching this fall. At the time, I was designing smart TVs at LG and I had directors looking at the radius on the corners of the TVs I was designing, looking at the bezels going "No one wants that" but no one was designing the screens! No one cares about the bezel, they care about the screen! So I saw a contract position at C+T to design some TV stuff, and at first I thought it was a startup, so sure I'll go do this for two months, and it was more ambitious than anything I was doing. The first day I was like "Screw it, I'm going for broke" and I told them they should start an I.D. group and luckily everyone I was talking to was of the same mind. So right place, right people, right time, and a week later it switched from a contract position to "Yeah, let's do it!"

We're four people and we occasionally bring in contractors. "Code and Theory" is a weird name for an Industrial Designer to work for, but it kind of makes sense because it's all logic and execution, and that's all I care about! For every content strategist or marketer we have here, we have equal numbers of technologists and developers. After I came on, the natural thing to do was bring on a mechanical engineer, so I convinced everyone here to hire one of my favorite engineers who I worked with at Lunar, who'd moved to NYC.

We've added a couple more industrial designers as the workload has grown. It's the same with our tools! For a while we were getting by with just a MakerBot, and then Woodford Reserve asked us for just a simple little interactive kiosk for their new distillery, but it instantly became a reason to buy a bunch of power tools. Everybody else here who lives in wireframes and stuff, they're looking at us like "What the hell is that?" and we're like "It's a bandsaw!"—"What are you going to do with it?"—"We're going to break the office!" We didn't have insurance for the tools we were buying, so we had to redo the insurance on the building... we're always growing like that, whether it's a discipline, or a person, or a power tool.

Our mechanical engineer sits downstairs in what used to be an art director's office, with a bandsaw, a chop saw, engineering stuff. He's doing CAD, we're doing parts analysis on parts we're getting back from China, it's a perfect setup but it's a madhouse. It's like a microcosm of what we're doing here, particularly with Outernet: We want to design the thing and message from the same point of inspiration, shoulder to shoulder in the same damn room. That project literally happened in that one room. It sounds like hyperbole, like a college prank where you climb into a phonebooth, but it's literally where it all happened. 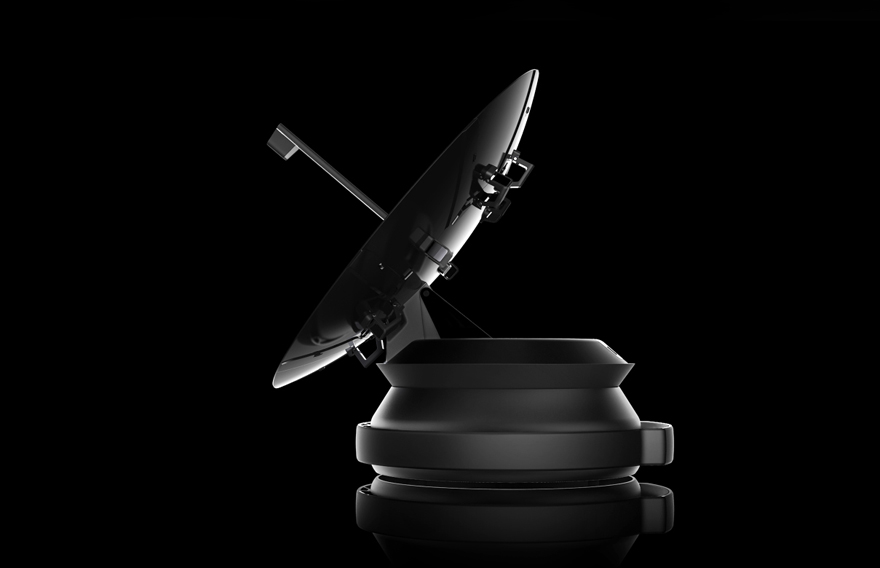