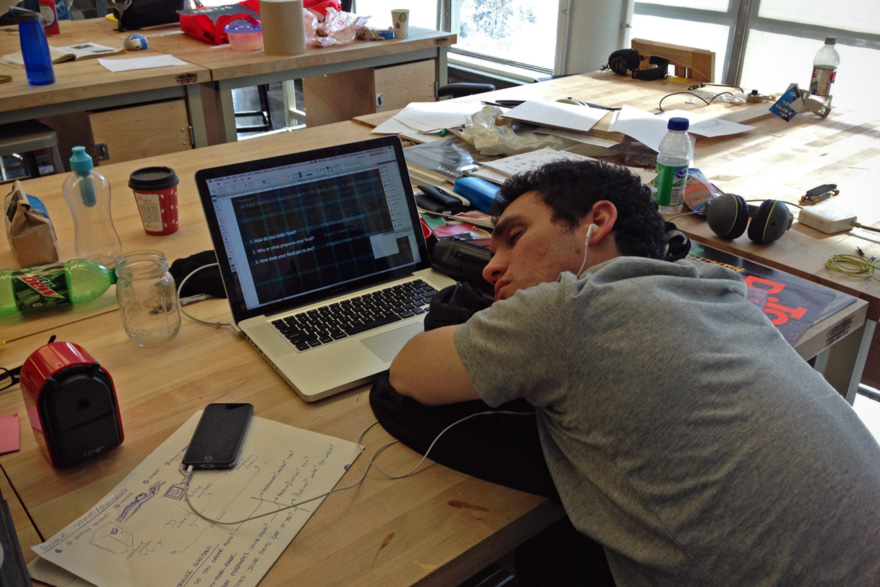 For our September 2014 Back-to-School Special, we're going back to the basics and delving deep into the Core77 forums to answer common student queries. This seven-part series of crowdsourced wisdom includes an attempt to define Industrial Design, a comparison of ID degree options, some pointers on teaching (and dealing with teachers), insight into why it's never too late to get into ID, a handy list of resume do's and don'ts, and the ultimate list of pro tips. This is the "What if I'm not cut out to be a designer after all?" post.

As any good design student knows, late nights in the studio can get pretty weird, whether you're lost in a CAD-hole or getting secondhand fumes from the adhesive/paint/chemical of your choice, and between the actual deliverables and skills you simply have yet to master, the little things may well start to eat away at your mental health. There's no denying that school is tough, and it's safe to say that there comes a time in most students' lives where you completely second guess your future as a budding IDer. Thankfully, the discussion board support group is here to get you through the tough times. Take a deep breath and read on.

There are many variations on this theme, and sometimes it's just a classic case of a sophomore slump. In a recent thread, TSE2 just isn't feeling so hot lately: "...overall, I always feel for the amount of hours I put in working compared to everyone else is either about the same or more, and compared to other students, my work is always mediocre. [cue existential crisis—hey, we've all been there] ...Are some people just not as good as others at design?" Echoing this sentiment, forumite super-panda filed his complaint with a disclaimer, also seeking much-needed advice and motivation from the community (and proving that sometimes the slump gets worse before it gets better):

Approaching graduation, I could really not care less about design and I feel confused about what I'm graduating into. I feel I'm done with everything design-related. I feel uninspired and I've lost all confidence in my creativity. To be honest, I cannot think of someone less creative than me right now, and this has been going on for a few years. For one assignment, I wrote a whole essay about why I think the word "design" should be banned and how design has become so overly romanticized. I know this is not the whole truth, and I know there are a lot of designers out there who do genuinely good things and make peoples lives truly better, but I still feel design is too often perceived as something magnificently transcendentally awesome. And I am uncomfortable and fed up with that.

For students who get caught up and discouraged by comparing their work to that of their peers, keep in mind that the things that you draw or make—i.e. what you're graded on—represent only one frame of reference. "Just because you have the best 3/4-view hand render, doesn't mean you have the best understanding of the brief, subject matter, trend analysis or CMF ideas," says bepster. Meanwhile, moderator Yo sums up the longview in a few wise words: "It's better to be the worst kid in an awesome class than the best kid in a mediocre one. Go to the school you think will push you the most. That is what you are paying for."As for those deeper discontents, masood1224 suggests "[coming] to terms with your attitude before throwing in the towel." He continues:

Moderator choto's reply is more meat-and-potatoes (so to speak) than inspirational-poster-caption, but it's equally valid:

I think the design process is often like sausage-making. It's a messy process that is not something most people actually want to do even though they salivate over the savory end results of the work... What do you like? The bloody messy sausage-making process or the final cooked sausage? If it's the cooked sausage, then I would stop right now. But it seems like you like the process, it's just that you've become too distracted with all the extraneous crap that often circles around design.

But sometimes it's not so much a case of getting the contents in the casing as it is a case of having unfettered access to ingredients and equipment. We're not just talking sausage-grinders here: greenman notes that the lack of real-world constraints can be a constraint in itself: "[I would] feel overwhelmed by the infinite possibilities that I could apply creativity to, and I had a hard time finding a staring point (or direction) that would motivate me." This level of autonomy should not to be dismissed as a good problem to have; rather, it's a symptom of a fundamentally different philosophical approach.

So on one hand, students face the harsh reality of brutal crits and the sense that it's impossible to design anything new or better because everything's been done; on the other hand, the sense of abstraction or designing in a bubble can evoke the paralysis of total freedom (or apathy). They're two sides of the same coin—tuition costs, perhaps—such that the experience of questioning the system is a key part of any education, a proverbial trial by fire from which you emerge a better person.

In this sense, it's just a phase, and the best advice is simply words of encouragement. Relating his own tale of frustrated student syndrome, yo once again sums it up a single pithy sentence that applies to college students of all persuasions: "School is an artificial construct designed to get you to a level where you are just good enough to get your first job where your real education will begin."

OD'ed on advice yet? The support group is just a quick click away... 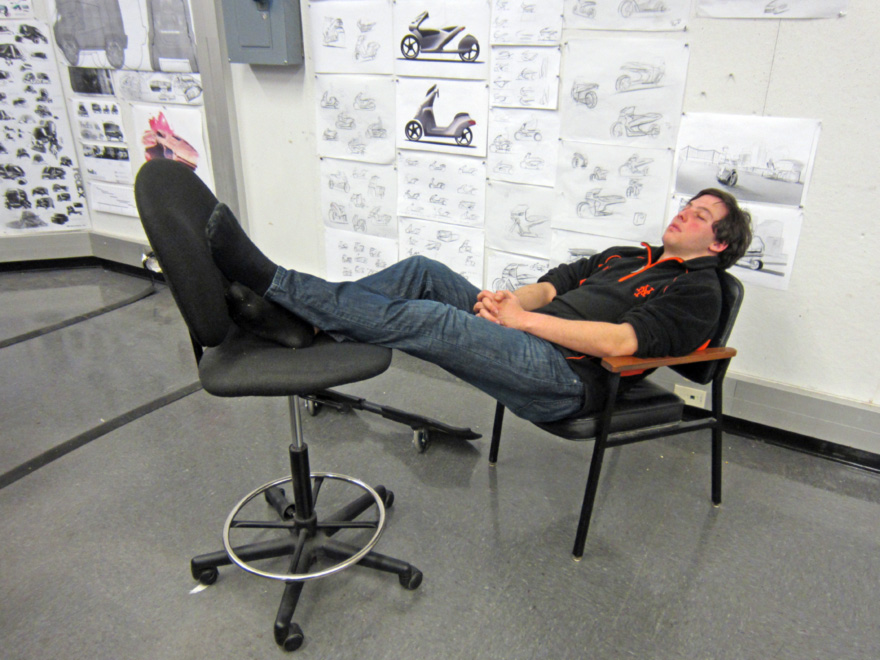 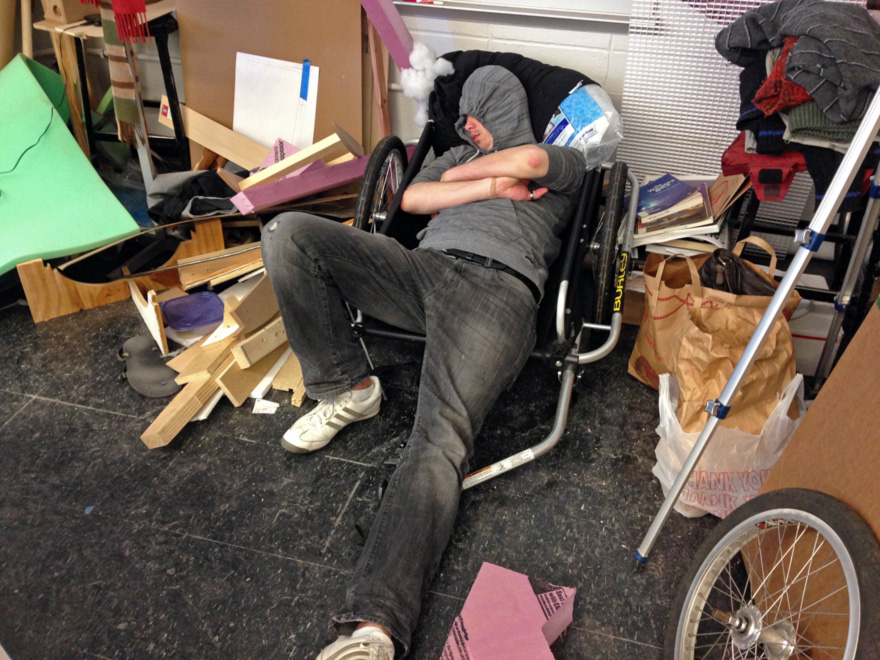 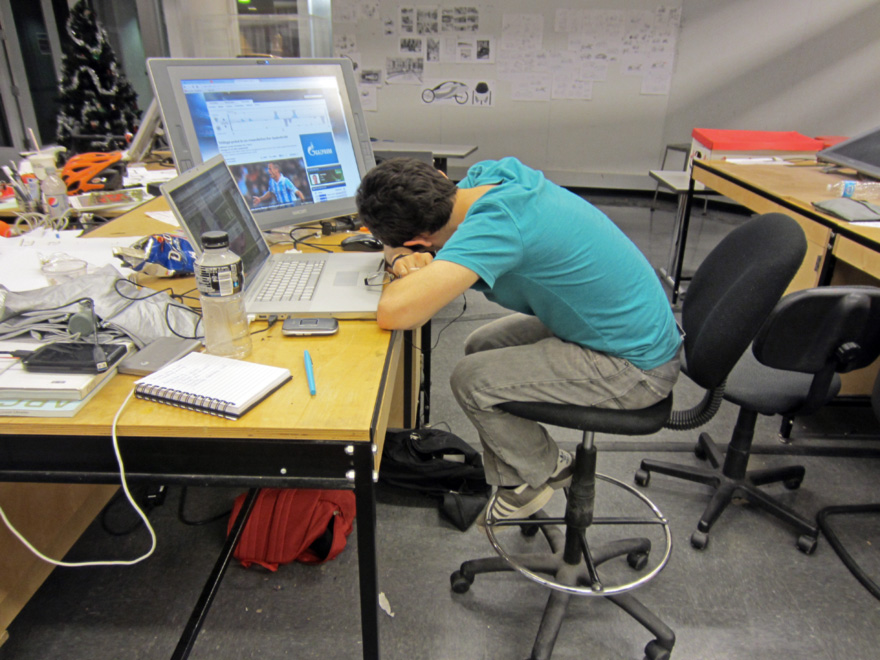 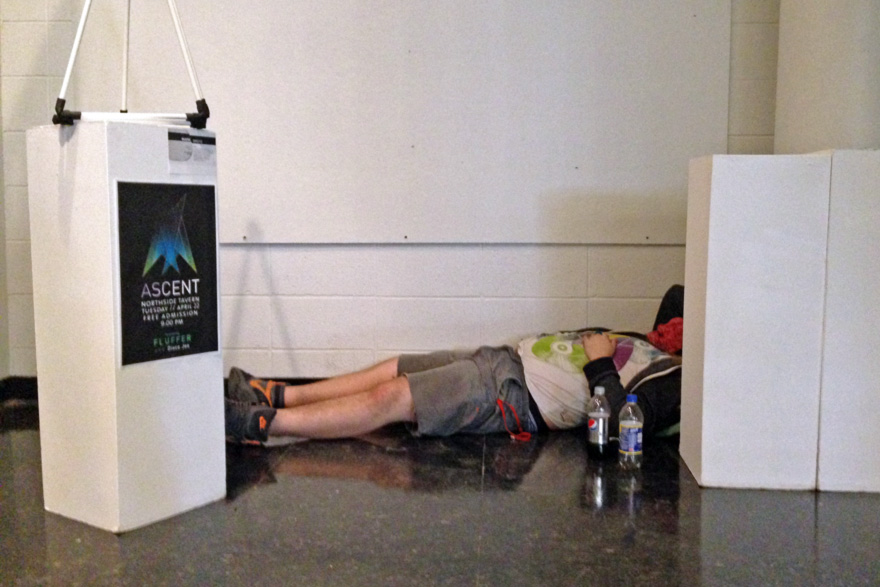 Back to School 2014: Discussion Board Digests
» Just What Is Industrial Design, Anyway?
» Which Degree for Thee?
» Tips and Tricks for Teaching (and Learning) ID
» Is It Too Late to Become a Designer?
» ID OD: Diagnosis & Treatment of Design Overdose
» Selling Your Soul (In the Good Way) - Quick Resume Tips for Designers
» If I Knew Then What I Know Now - Hard Earned Advice for Students