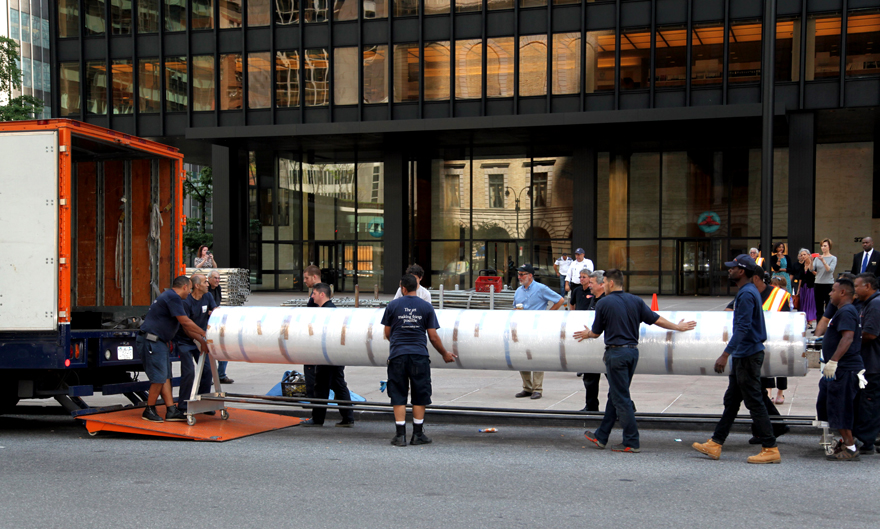 With all of the culture available to NYers, it might have been easy to miss the massive Picasso original that's been hanging in what is now the Four Seasons restaurant (in the Seagram Building) on Park Avenue since 1959. That being said, there are plenty of locals and tourists alike who wait hours to have the chance to see one of the area's many hidden art gems. "Le Tricorne"—a depiction of a bullfighting scene—is a 19’ × 20’ canvas, originally painted in 1919 and used as a stage curtain for the Ballets Russes. At the time, his wife Olga was a ballerina in the troupe. 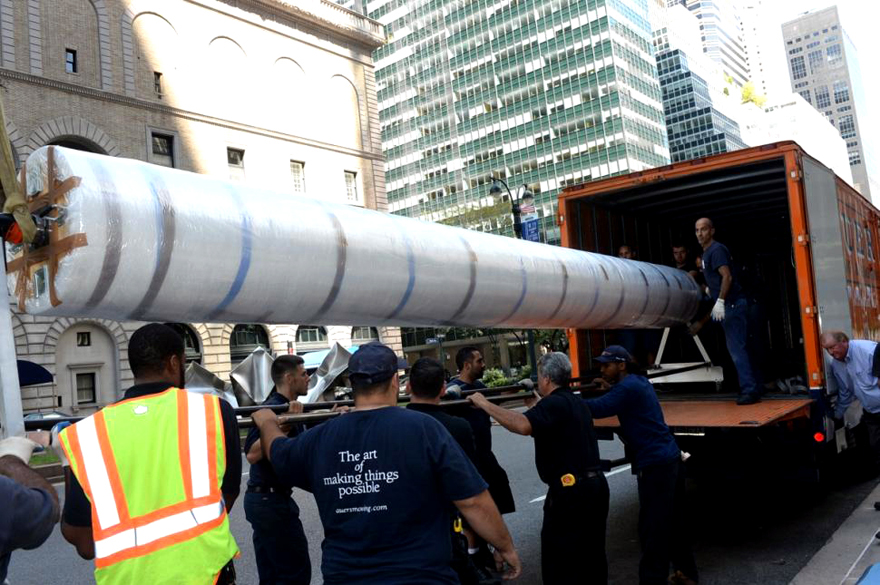 The real question here is, why is it being moved at all? It turns out that Aby J. Rosen, owner of the Seagram Building, doesn't want the piece up in the space anymore and wants more room for "other art"—I'd be interested to know what he will find worthy of replacing a Picasso. This didn't really present much of an issue, considering that Rosen doesn't even own the piece. That honor goes to the New York Landmarks Conservancy.

The handlers in charge of moving the piece had no idea as to how or what was keeping the art attached to the wall, making for an adventurous and relatively risky removal process. The New York Times recently put together a fantastic look at how "Le Tricorne" was analyzed and moved from the area:

The painting's new home is at the New York Historical Society—meaning you won't have to dish out the dough for dinner just to enjoy the decor. The team is currently working on restoring the work (as of press time), but keep an eye on the Historical Society's website to see when they plan on opening the exhibit.